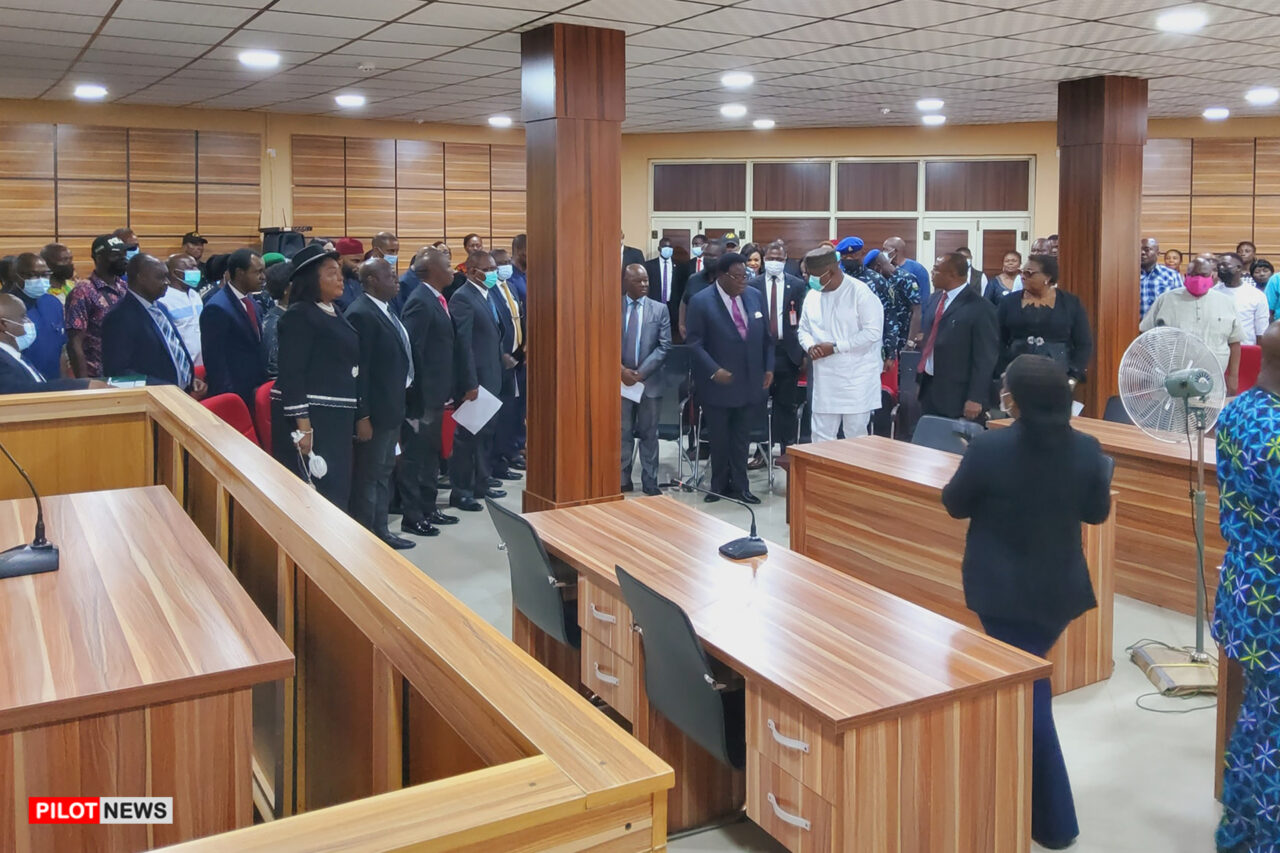 ENUGU — The Enugu State Governor, Ifeanyi Ugwuanyi on Friday inaugurated a Moot Court in the University of Nigeria Enugu Campus, UNEC, and 34 other Customary Courts across the 17 LGAs in the state.

The Moot Court in Faculty of Law UNEC was named after Hon. Justice Chime Centus Nweze of the Supreme Court.

Commending the Faculty of Law for the provision of the Moot Court and other facilities appropriate for students’ academics and training, the Governor acknowledged the relentless efforts of the Dean of Faculty of Law, Dr. Samuel Nwatu and his team to restore the faculty to her prime place as the first Faculty of Law in Nigeria.

“Naming the Moot Court after Hon. Justice Nweze, a renowned jurist of our own time; an extremely cerebral and highly respected Justice of the Supreme Court of Nigeria, is a well-deserved honour; “The Justice Chima Centus Nweze Moot Court,” the Governor stated.

“As a student, Justice Nweze participated effectively in mooting competitions and was part of the team that won the Philipp Jesuit competition; the trophy adorns the Dean’s office till date.”

“As a practitioner, he exhibited the uncanny ability to rummage law reports with ease and dissect legal rules and principles with admirable sagacity,”

“As an academia, the turgidity of his pen and his acuity of mind demolished many legal problems, demystified abstruse concepts and established new theories,”

“As a judge, he has portrayed the archetypal image of a Hercules judge in Dworkinian terms. The Faculty could not have made a better choice,” Nwatu concluded.

In his response, Hon. Justice Nweze expressed gratitude to God for the honor and thanked the faculty administration and all who in one way or another contributed to the realization of the Moot Court.

A moot court is a fictional court used by most faculties of law to expose students to real courtroom situations through simulated court proceedings with students preparing and arguing cases before a pseudo or a make-believe judge; the moot court prepares students for post-school professional practice.

Justice Nnamani also applauded Gov Ugwuanyi’s efforts at repositioning the Customary Courts so as to give them a new lease of life and relevance in line with international best practices for efficient and effective dispensation of justice in the rural areas and beyond.