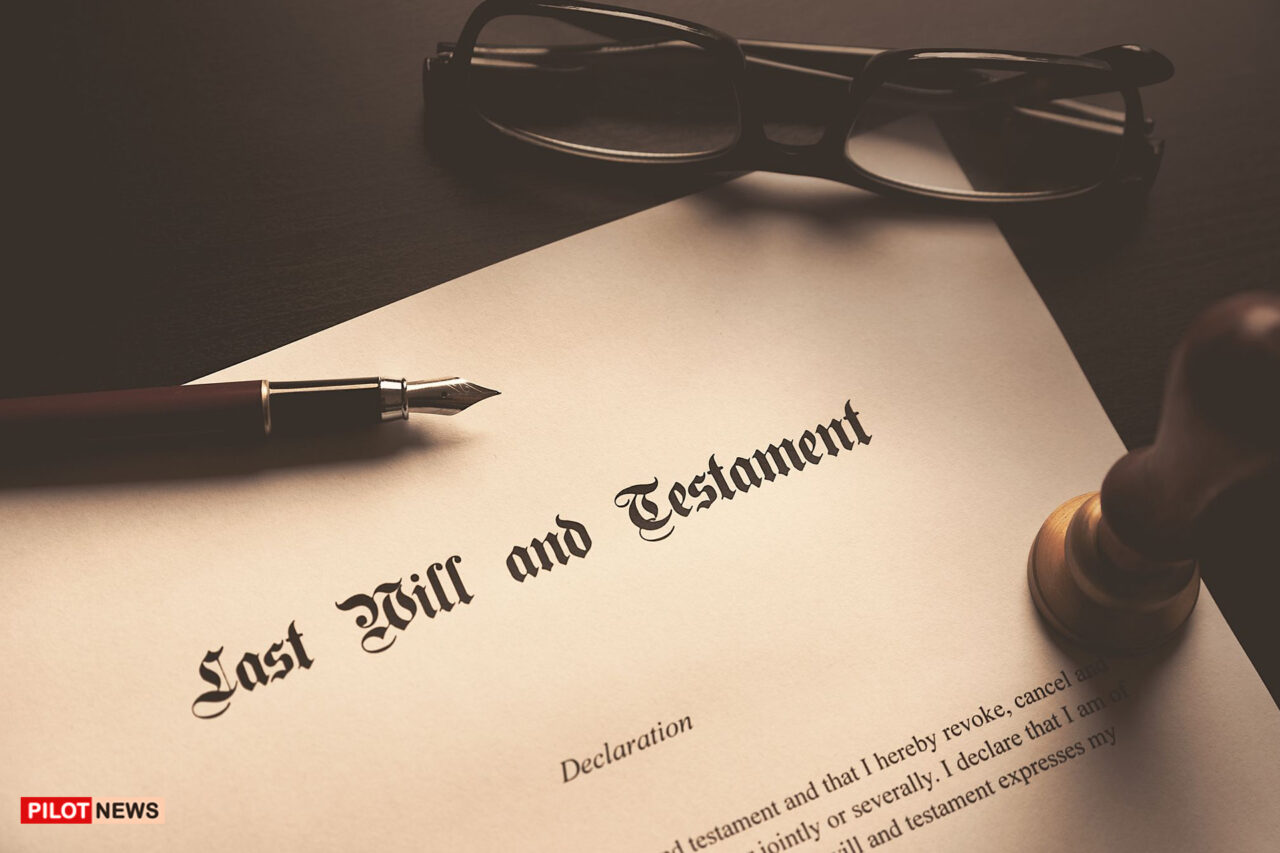 Turning and turning in the widening gyre
The falcon cannot hear the falconer;
Things fall apart; the center cannot hold;
Mere anarchy is loosed upon the world.

The words of Irish poet William Butler Yeats over a century ago reverberates and could be likened to the dissipation of family ties where the patriarch/matriarch or property owners pass on;

Children are not mindful to take parents to court likewise siblings against siblings. The rate of family cases in Nigerian courts is ever-increasing spurred by entitlement mentality based on culture, greed, and wickedness; indeed the falcon cannot hear the falconer and things fall apart resulting in crisis degenerating to maiming and killing of one’s blood to acquire property.

The high rise of such cases and utter disregard for social norms spurred this move to sample the opinion of Nigerians on ways to stem the tide and restore peace in homes.

Over the years, awareness was and is still created that a valid Will is a panacea for inheritance battles. To this end, many property owners now make their last testament yet some unscrupulous disgruntled persons out of sheer wickedness challenge such wills in court especially if they have resources more than the other beneficiaries to pursue court cases.

Some beneficiaries, who cannot afford the services of a competent lawyer and expending depleting resources on a long-term course (court judgment), give up, suffer and die in penury as against the will of the testator.

In this regard, The West African Pilot News sampled the opinion of Nigerians to find ways out of the incessant court cases over inheritance; their responses can be summarized into three schools of thought.

The first thought prefers Inter Vivos Gifts as the assets which usually are the bone of contention are shared in the lifetime of the owner; this will give room for the decisions of the owner to sit well with beneficiaries with entitlement mentality and save the other beneficiaries from inheritance battles.

“The very reason why my late father wrote a Will is playing out now; our eldest son despite a valid Will duly lodged in probate has refused to comply with our father’s last wish thereby forcing us to go to court. If the properties were shared amongst us while our father was alive, we would be spared from wasting our resources on court proceedings since 2018,” Mrs. Chiamaka Agbalakwe says.

However, even though inter vivos gifts are recognized in the Nigeria legal system, the second school of thought believes that a combination of both will eliminate inheritance battles that lead to disintegration of the family unit; the testator in his lifetime should not only share his assets in the presence of family members but must back it up with a valid Testamentary Will.

“The Nigerian society is patrilineal in nature and payment of court processes out-of-pocket. These odds weighs down on women who may not have the wherewithal or support to fight for the gift despite overwhelming evidence hence I am of the opinion that sharing one’s properties amongst beneficiaries should be done in the testator’s lifetime (Inter Vivos) but fully backed up with a valid Will,” says Ify Edobor.

As strong as the second groups’ thought is, the last group opined that more stringent measures be taken to ensure that all lacunas be eliminated and will of testator upheld.

In favor of combining the Inter Vivos gifting backed up with a valid Will, they added that severe punishment of disinheriting any beneficiary who rises up against the tenets of a valid will in the future be enshrined in law so as to serve as a major deterrent to greedy and wicked selfish persons.

A civil servant in Nigeria Mr. Chukwemeka Adimorah said, “I am of the opinion that a more holistic approach be imbibed in tackling the high rate of inheritance battle amongst siblings and parents; all noose must be tightened.

“Nigerians adhere to laws if only there are severe penalties against defaulters hence I propose that any person who decides to fight against the testator’s wish will forfeit his benefits even if captured the will or given him as a gift. This will serve as a deterrent to greedy folks,” Adimorah said.

In furtherance to watertight measures as proposed by the third school, it is pertinent for benefactors and beneficiaries to note that it behooves on the later to prove by credible evidence an inter vivos gift in case of a challenge in court;

Essential facts validating gift inter vivos are that a donor must be of legal capacity and be at least 18 years of age when making the gift; intention to make a gift should be confirmed in writing; there must be a present and irrevocable transfer of title or right of ownership; and the recipient must accept the gift in writing to avoid any confusion and to formally complete the transaction.

“A gift inter vivos must be made openly. There must be evidence of actual handing over of the land and acceptance thereof in the presence of witnesses under native law and custom. In Madam Alice Orido v. Theophilus Akinlolu, CA/B/253/2004 delivered on 29th March, 2012, Iyizoba JCA held as follows: “Customary law requires no writing for the transfer of land whether upon sale or by way of gift. In lieu of writing however, there must be actual handing over of the land to the donee in the presence of witnesses and the acceptance by him of the gift. Acceptance is as much as customary law as the delivery of possession in the presence of witnesses; without it the gift is invalid, such acceptance must be made with as much publicity as possible….. Actual delivery is not mere evidence of the gift but is part of the gift itself.” Quotation from the case of ENADEGHE v. EWEKA (2014) LPELR-24479(CA)

Worthy of note is the fact that named witnesses must have been pleaded so that a greedy and dishonest person who would name dead relatives as their witnesses be exposed and invalidated.

“In the case of FOLARIN vs. DUROJAIYE (1988) NSCC 255 AT 265, the Supreme Court, per OPUTA, JSC while making as a reference to customary transfer, the sage said: “To transfer an absolute title under customary law, it ought to be pleaded and proved that the gift was made in the presence of witnesses. To that effect, names of those witnesses should also be pleaded as well as the fact that they witnessed the actual delivery or handing over of the land to the purchaser or donee.” Per FREDERICK OZIAKPONO OHO, J.C.AÂ (Pp. 26-27, para. A). Quotation from the case of EZENWORA & ORS v. EZENWORA (2018) LPELR-43944(CA).