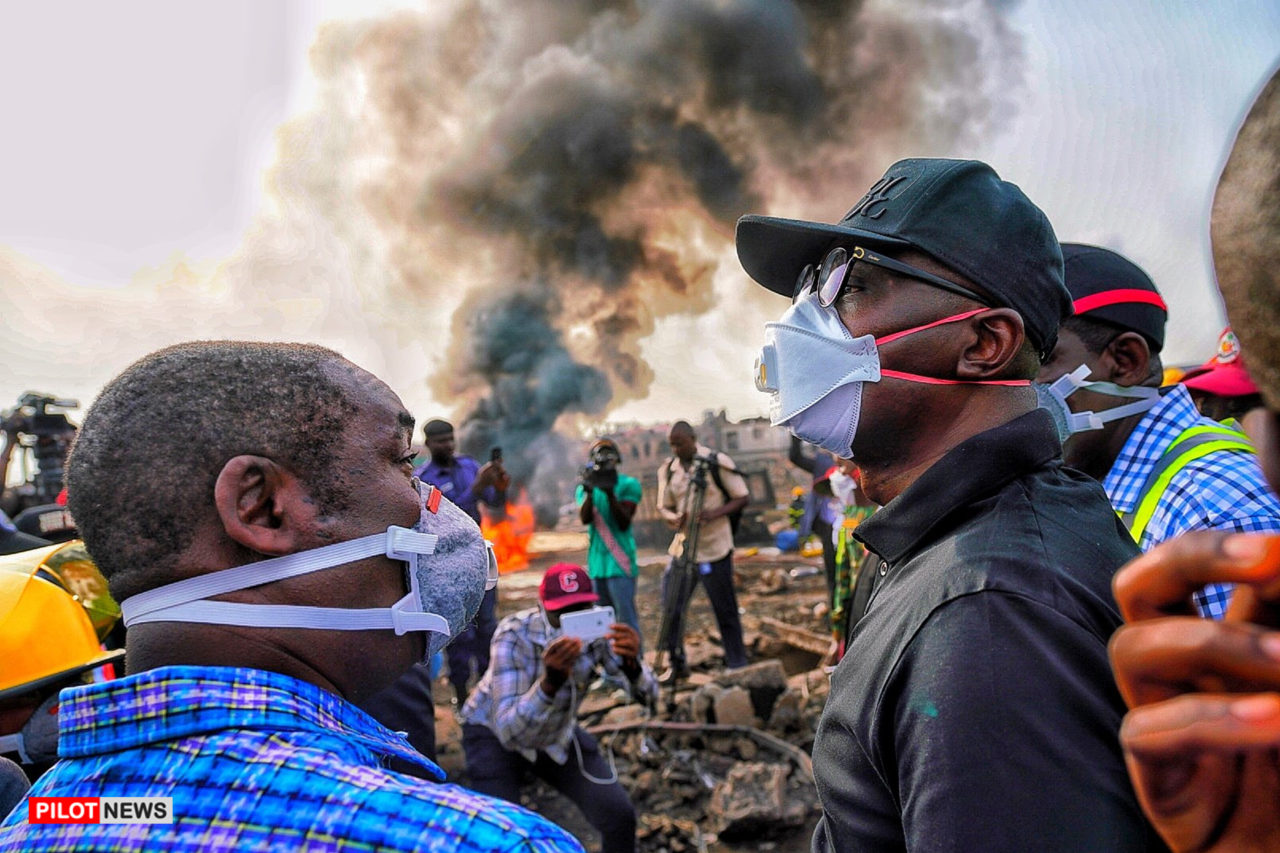 The Lagos State Government on Monday setup a N2 billion Emergency Relief Fund to assist victims of Sunday’s explosion at Abule Ado area of the state.

Gov. Babajide Sanwo-Olu announced the establishment of the ”Abule Ado Emergency Relief Fund” after visiting the scene of the explosion at Ado Suba in Abule Ado.

Sanwo-Olu said that three account numbers had been opened at different banks for well-meaning Nigerians to assist the state government in assisting the victims.

“It is a N2 billion relief fund, and the state government will immediately be putting N250 million in that fund.

“So, what this fund would do is to give everybody the opportunity to be part of it and to be able to donate into it,” the governor said.

He also said that the fund would be managed by the Deputy Governor, Dr Obafemi Hamzat.

Earlier, the governor also setup a committee to look into the immediate cause of the explosion at Abule Ado.

He said that the committee, which would be headed by the Deputy Governor, had two weeks to do an extensive investigation as to what caused the explosion.

According to him, the committee is to map out what needs to be done to ensure that such incident does not repeat itself.

“Let me on behalf of the government and people of Lagos State express our condolences to the families that have lost their loved ones, to the children that lost their teacher, to everyone in this neighbourhood that has lost one person or the other,” he said.