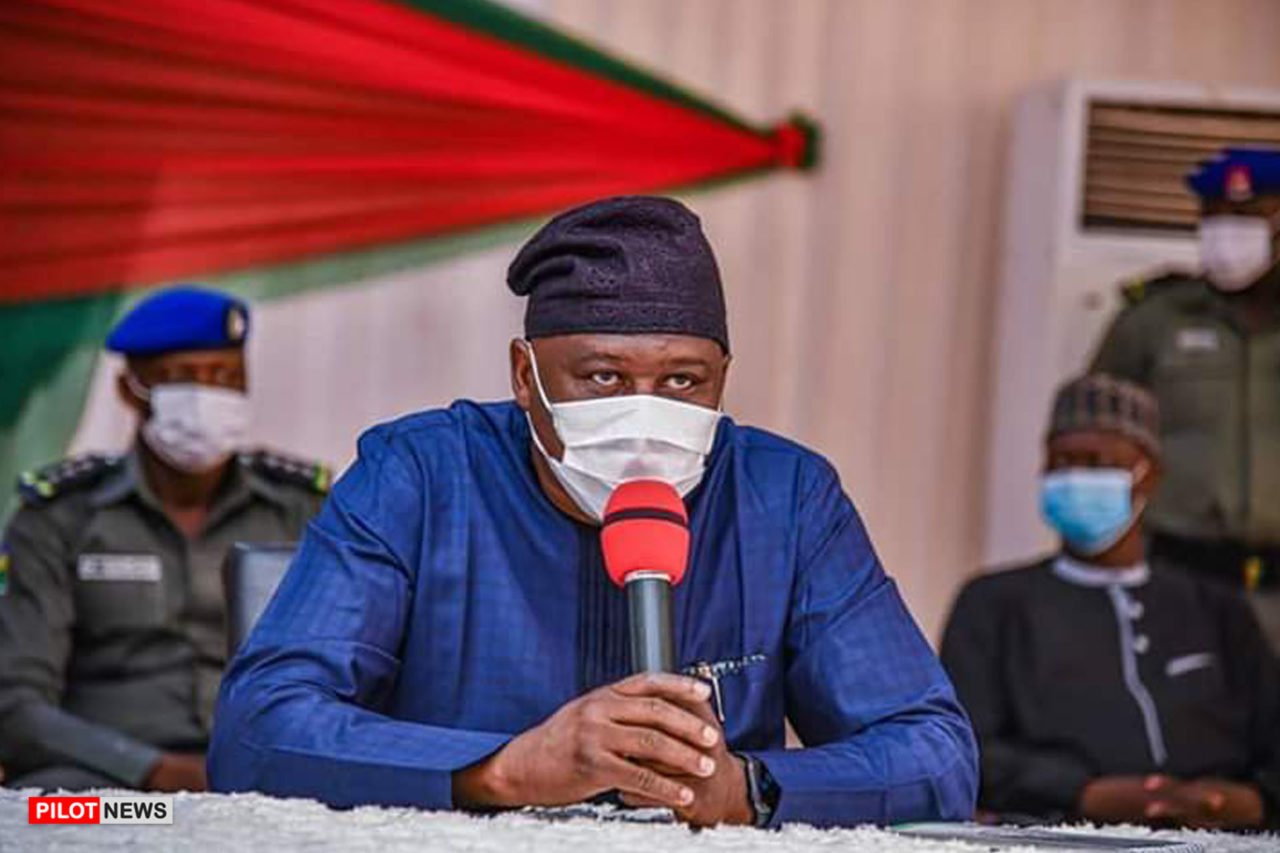 Governor Ahmadu Umaru Fintiri has challenged participants of the National Defence College (NDC) Abuja to come up with robust security programs that would help the country overcome the lingering security challenges.
Governor Fintiri gave the charge when he received Team five from the National Defence College Abuja course 29 at the Government House, Yola, who are on a study tour in the state.
Governor Fintiri noted that “The country is at crossroad going by the challenges of insecurity and the dreaded COVID-19 pandemic, it is hoped that the course 29  will come up with a robust strategic program to help the country surmount the insecurity.
“Adamawa State has had its share of insecurity ranging from insurgency, farmer/herders clashes, banditry, cattle rustling and other forms of criminality though, with support from security agencies in the state, the government was able to overcome must of it”. Fintiri said.
He revealed that a law on Peace and Conflict Commission has been passed, explained that the Government will use the report of course 29  for the overall interest of the state.
Earlier, the Director Coordination, National Defence College Abuja Brig-Gen Aniedi Effiong Edet said the College is an apex and focus military training institution in the continent established to train participants in Peace and Conflict Studies, National Development and Peace.
“The team of 20 participants was drawn from the Nigerian Army,  Navy, Air Force,  Police, Ministries, Departments and Agencies and two other Foreign participants and 4 other teams have been posted to other states.
“The theme for the course is “Promoting science and technology education in the fourth revolution”. The Institution being futuristic and strategic saw the need to study and evaluate technological development in preparation for the future”. He said
Edet acknowledged efforts of the government in entrenching Science and Technology in the state, noted with satisfaction successes recorded in the areas visited by the team.

NAF Gets 10 Trucks to Enhance Operation

Mali's Amadou Touré and the Conundrum of African Leadership