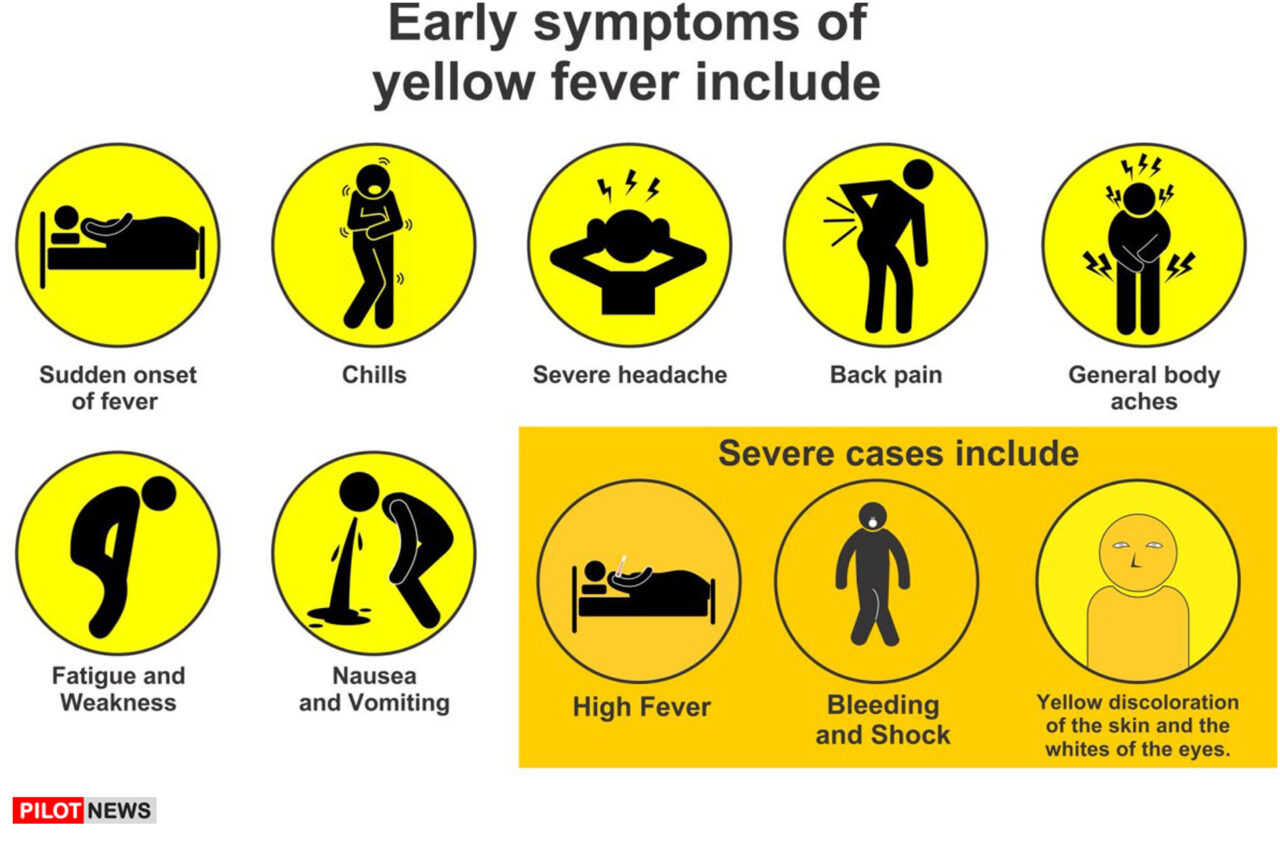 The Enugu State Government has confirmed Yellow Fever as the cause of the strange illness and deaths in Nsukka, Isi-Uzo and Igbo-Etiti Local Government Areas of Enugu State.

Days after the confirmation of the outbreak of yellow fever in Igbo-Eze North LGA, the Enugu State Ministry of Health received reports of strange deaths in communities in three LGAs within Enugu North and Enugu East senatorial zones;

The Enugu State Ministry of Health Rapid Response Team, LGA Rapid Response Teams, International and National Partners hence visited the three LGAs to investigate the reports; took samples and sent to the National Reference Laboratory at the Federal Capital Territory Abuja for a thorough and complete examination to determine conclusively the cause of the deaths.

The result has confirmed that the deaths in Nsukka, Isi-Uzo and Igbo-Etiti LGAs are caused by yellow fever.

In this regard, as more reports are being received, the Health Rapid Response Team and the State Ministries, Departments and Agencies, National and International Health Partners has promised to continue active case search in all the LGAs in Enugu State to ensure that no one suffers in silence.

Yellow Fever, YF, virus is a flavivirus that is primarily transmitted to humans by infected Aedes (Stegomyia) and Haemagogus species of mosquitoes; its transmission in Africa is primarily dependent upon vectors of the Aedes spp.

According to the Nigeria Center for Disease and Control, in rural areas next to forests, the virus typically causes sporadic cases or small-scale outbreaks but, if it is introduced into urban areas, it can cause large explosive epidemics that are hard to control.

“Because no treatment exists for YF disease, prevention is critical to lower disease risk and mortality; YF is preventable by a safe and effective vaccine. Other preventive measures include mosquito control and behavior modification to avoid mosquito bites” says NCDC.

“Many infected patients do not present with symptoms, however, some have mild flu-like symptoms, which generally subsides after several days, while others can go on to develop high fever with associated jaundice from which the name ‘yellow fever’ is derived. Hemorrhage may develop from the mouth, nose, eyes or stomach in some patients,” copied from National Guidelines for Yellow Fever Preparedness and Response.

Dr Obi Ikechukwu, Commissioner of Health calls on people of Enugu State to adhere to the following Public Health Advisory: remove mosquito breeding sites (stagnant water and bushes) around your environment; take the vaccine but if you have been vaccinated against Yellow Fever within the last ten years, you do not need to be vaccinated again; if you or your loved one are not feeling well, please visit or take your loved one to a nearby hospital for treatment.

“Immunization has started fully in three Local Government Areas, Igbo-Eze North, Nsukka and Isi-Uzo where Yellow Fever has been confirmed and will be extended to six LGAs then gradually to the entire state,” Obi disclosed.

“We have adequate supplies of vaccines and accessories supplied to all health facilities and outreach centres as well as properly trained and oriented health workers and teams deployed to handle such public health emergencies,”

“The government is in control and has taken right and appropriate steps to see that our people are protected”, the Executive Secretary, ENS-PHCDA, Dr. George Ugwu assures.