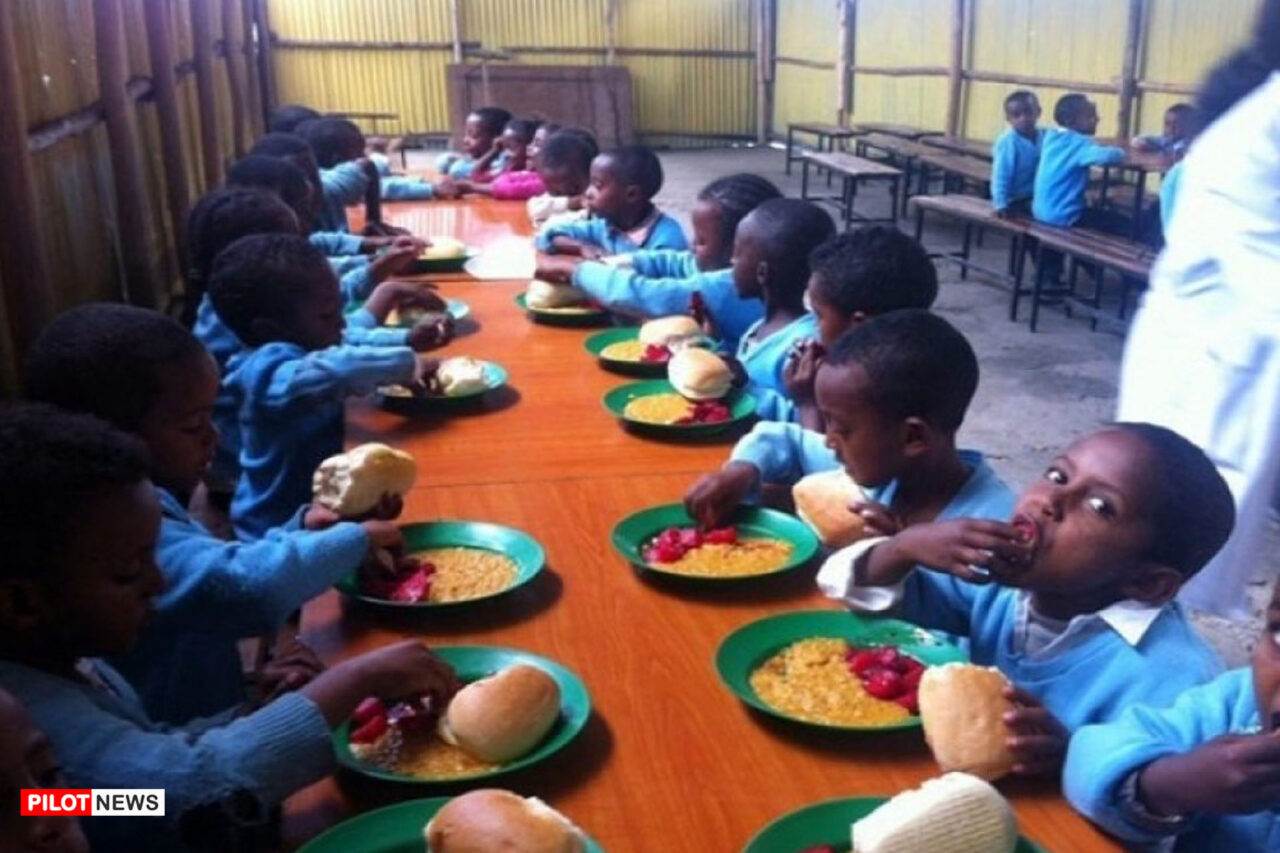 ILORIN — No fewer than 96,000 pupils in classes one to three are to benefit from the Home Grown School Feeding Programme (HGSFP) in Kwara.

Mrs. Basheera AbdulRazaq, the Kwara Focal Person for the National Social Investments Programmes (NSIP), disclosed this on Thursday in Ilorin at one-day training for independent monitors.

No fewer than 100 independent monitors attended the programme

“No fewer than 4,500 rural women have been medically screened and are ready for the school feeding programme.

“NSIP has supported more than four million beneficiaries across the country through a fair transparent process”, AbdulRazaq said.

The Focal person noted that the aim was to meet President Muhammadu Buhari’s administration target of lifting millions of Nigerians out of poverty.

“After the training, the monitors would be assigned to observe beneficiaries within their locality in schools, households, markets and clusters to ensure that objectives of the programme were achieved.

“One of the key roles of the independent monitors is to assess contractors’ compliance with the terms and conditions of agreement, to ensure that the contractor performs its obligations in a timely and satisfactory manner.

“The importance of monitors cannot be overemphasized as they are expected to be the ears and eyes of the government on the ground.

“Working with just conscience is the hallmark of any thriving society, so I will like to implore you all to pay attention to your trainers.

“Be committed to the goals and objectives of the programmes and I urge you all to be conscientious in the delivery of our service,” she said.

AbdulRazaq further said that the essence of monitoring was to correct the abnormalities seen on the field and appealed to the team to justify their incorporation into the system.

The Lead Trainer, Safiya Sanni, said the essence of the team was to monitor and write report the way in which activities was being discharged.

“Independent monitors serving as supervisors should not take advantage of their role to extort money from beneficiaries on the field”, Sanni said.

She disclosed that the independent monitors are also being monitored as the programme has already been reported to the Economic and Financial Crimes Commission for transparency.

Federal and State Governments Vouch to Protect all Non-indigenous Communities