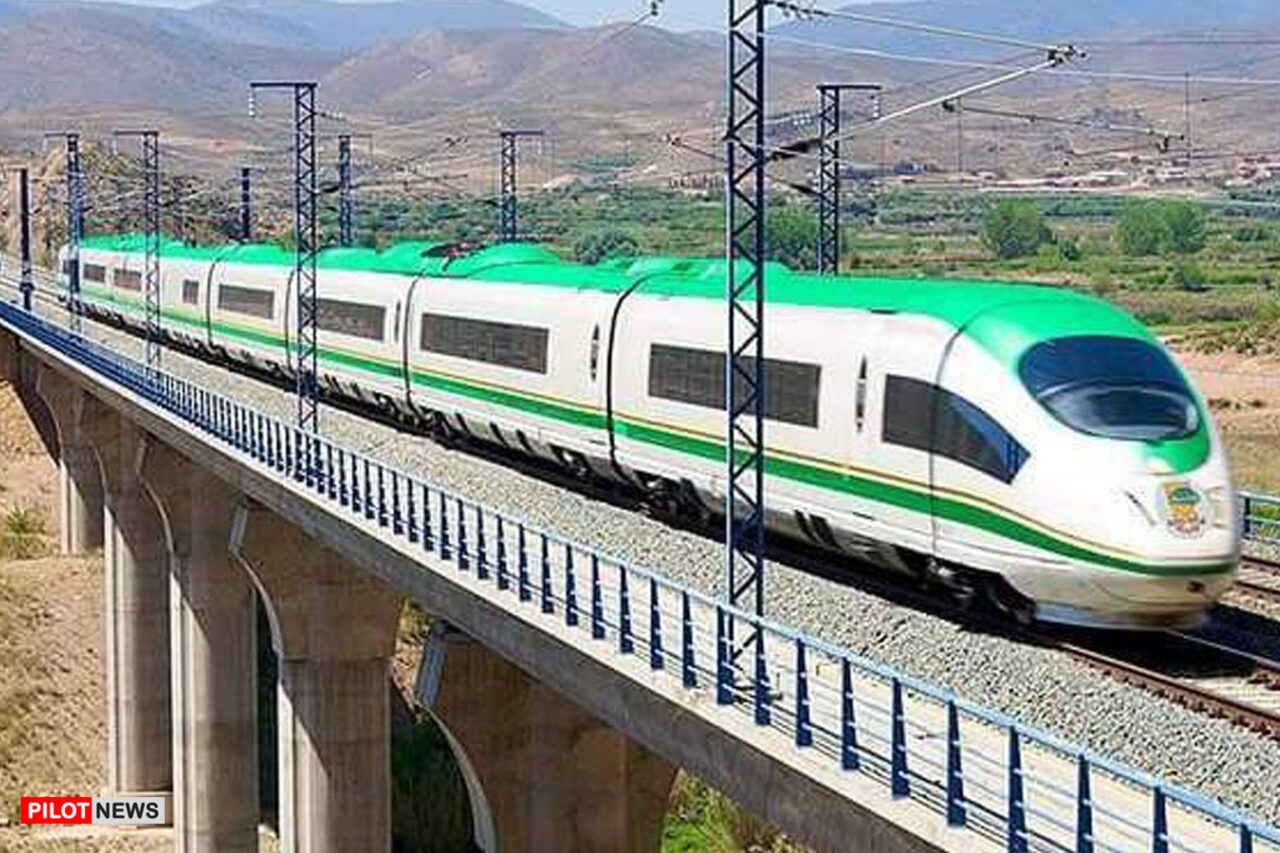 LAGOS —  Minister of Transportation Rotimi Amaechi says President Muhammadu Buhari’s major aim for investing in rail construction all over the country is to create employment for Nigerian youths.
Amaechi, who stated this on Sunday in a statement by his Media aide, Mrs. Taiye Elebiyo-Edeni, said that all the ongoing projects would contribute to the GDP of the country because they make economic sense.
According to him, the Eastern rail line when it commences will generate between 20,000 and 50,000 jobs aside from businesses that will open up along the rail corridor.
“Let us look at the economic benefits, in the course of doing the viability of this project,  that is when I discovered that there are so many natural resources on that track,  iron ore all over the North East,  there is Coal between Benue and Enugu.
“What this does is that it provides logistics for the movement of such natural resources or value addition. You have access to the sea through a cheap means of Transportation, in the cause of the construction of the rail line from Abuja to Maiduguri is about 1000 km.
“The minimum I expect they can employ is between 20,000 and 50,000 workers if we must achieve it and at the conclusion of construction, imagine how many numbers of workers will be employed at the industrial park at the seaport.
” The essence of the President’s investment in the project is to create employment, he hopes that we are able to grow the economy of Nigeria through Transportation,  create employment in the cause of these infrastructures.
“And at the end of the construction,  we expect those who do businesses in Nigeria to be able to acquire land and site industries along the rail corridor,” Amaechi said.
He said that the most significant rail projects were the Lagos-Kano because it moves 30 million tonnes of cargo per year and the Port Harcourt-Maiduguri route is expected to move about 11million tonnes of cargo when completed.
Speaking on complaints on the fare for the Lagos-Ibadan rail corridor, Amaechi stated that rail services were not meant for passengers alone, that cargoes were most important.
He said that the ministry was working on getting funding for Lagos-Calabar, which will commence once there is fund.
Amaechi, however, said that the target of the Ministry of Transportation was to complete the construction of all infrastructure that is of economic benefit to the country at the short and long term. (NAN)