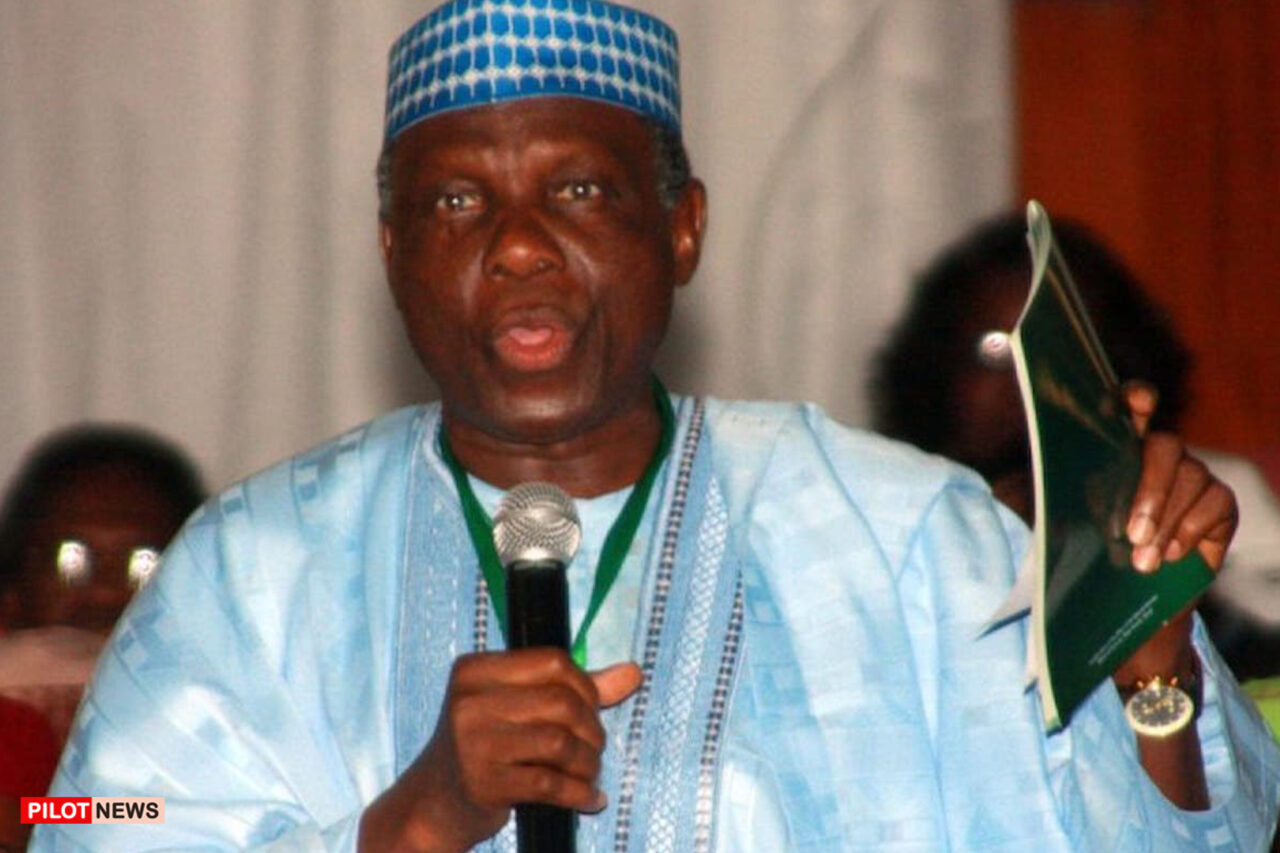 Speaking on behalf of the returnees Prof. Gana, the former chairman of the then federal orientation agency, MAMSER, said they were delighted to be back into the party, which he co-founded and was its first National Secretary.

MAMSER was an acronym for Mass Mobilization for Self-Reliance, Social Justice, and Economic Recovery.

It was an exercise in political orientation in Nigeria undertaken by former Military President Ibrahim Babangida as one of the recommendations of the Political Bureau headed by Dr. Samuel Cookey.

NAN recalled that Prof. Gana defected from the PDP to the Social Democratic Party (SDP) in 2018 to contest the presidential election on its platform.

Gana described the PDP as the “party of purpose, discipline and a party that has all the potential to be able to move the country forward”, adding that Nigerians were relying on the PDP to rescue the country from “darkness”.

“I, therefore, urge the PDP to mobilise and be united to rescue Nigeria and restore good governance, ensure the security of lives and property and instill confidence in the minds of all Nigerians,” he charged.

He said that the security and protection of lives was the real essence of governance and urged the Federal Government to protect Nigerians.

Gana thanked the leaders of the party for re-admitting them into the party that they were privileged to form.

“We are happy to be back,” he said, as he thanked Sen. David Mark and others who variously led the reconciliation delegation to them and ensured their return to the party.

The ex-Minister noted that during the reign of the PDP, five of the six states comprising North-Central were under its control while at the moment only Benue remained under the control of the party.

He, therefore, harped on the need for party members to work hard and reclaim the remaining states in the zone.

“Now that we are back, we will do our best to mobilise, rebuild and reunite the party to take up the mantle of leadership come 2023,” he said.

In his remarks at the Congress, a former President of the Senate, Dr. Iyorchia Ayu, expressed joy that one of the founding members of the party, Prof. Jerry Gana, had finally returned to it.

He said with the new crop of leaders in the party, victory in the 2023 polls was assured.

“Now that the people of Nigeria have tested a second wife they now know how beautiful the PDP is.

“Now with the return of Gana, the PDP will get back on track in 2023 and the whole of North Central will be governed by the PDP,” Ayu said.

He gave the assurance that the party was coming up stronger and better to take over the governance of the country in 2023.

Receiving the returnees on behalf of the National Chairman of the party, Gov. Samuel Ortom said their return would make the party stronger.

Ortom said that the PDP would take advantage of the shortcomings of the ruling APC to regain power in 2023.

He said that the leaders of the party in North-Central would work hard to return the PDP to power in all its states.

He charged the new leadership of the party in the zone to imbibe equity, fairness, as well as protect and preserve the constitution of the party.

“There will be no more `godfatherism’ or imposition of the candidates in the PDP, the decisions of the people will prevail,” Ortom said.