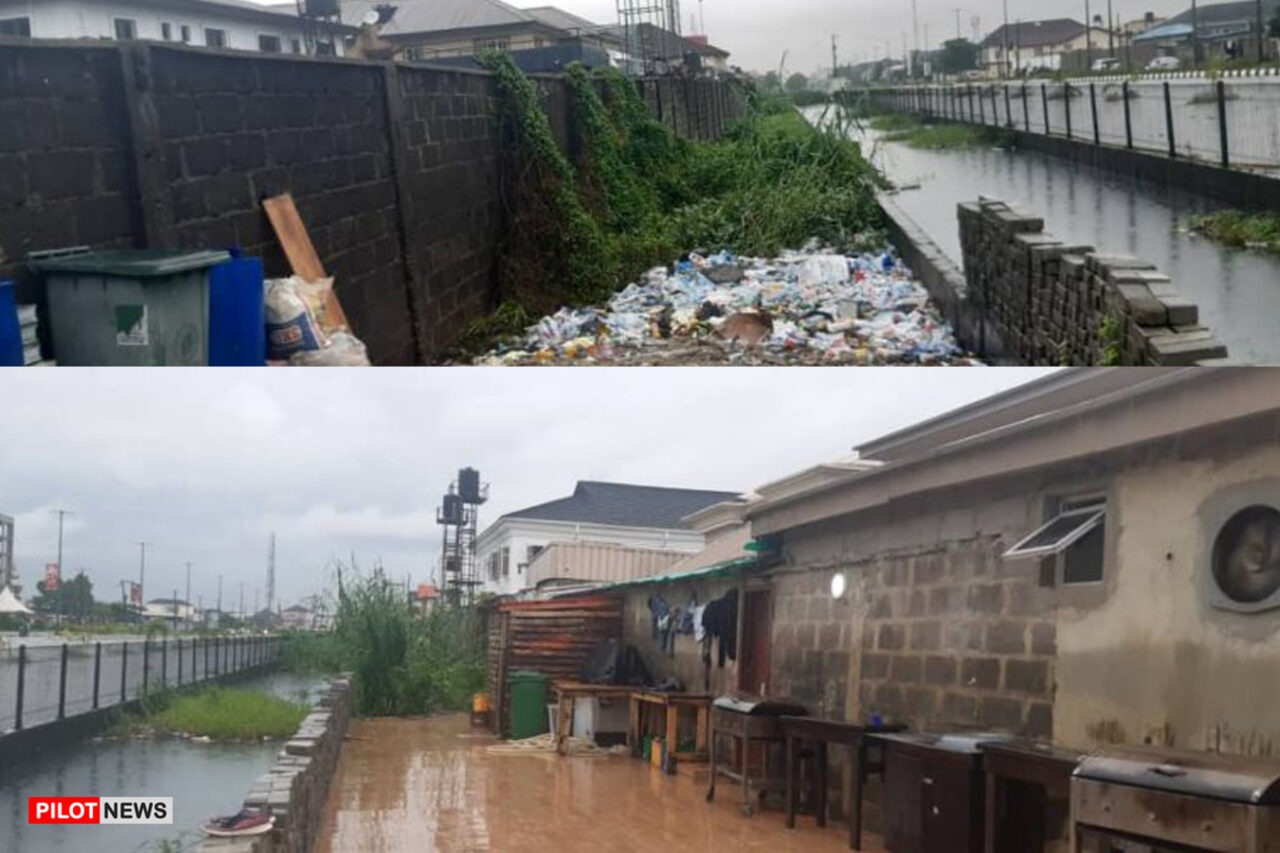 LAGOS — The Lagos State Government says it has given owners of the 45 buildings on the Lekki axis encroaching on canals three days’ ultimatum to remove all the illegal constructions or face sanctions.
This is contained in a statement on Monday by Mr. Gbadeyan Abdulraheem, spokesman of the Lagos State Building Control Agency (LASBCA).
Abdulraheem said LASBCA, General Manager, Mr. Gbolahan Oki, led the enforcement team of the agency on Sunday to inspect the areas before issuing the ultimatum.
He said LASBCA also marked all the buildings contravening the residential and commercial buildings on the Lekki axis for illegal extension of development on canal setbacks.
Oki said the buildings were sealed for contravening the physical planning regulations of the state, adding that the violators had three days to remove all the illegal constructions.
“Most of the buildings on this axis have interlocking tiles erected across canals, and this is against the physical planning regulations of Lagos state.
“The owners of these structures are supposed to build according to the building plan approvals given to them.
“There are adequate setbacks that they should leave but unfortunately, the setbacks have been encroached upon.
“This is the basic fact and everyone knows that the setbacks are no-go areas for any form of construction. This is why we are here today,” he said.
Oki said that at the expiration of the three-day ultimatum and the illegal encroachments are not removed, the state government will take necessary actions against the owners of the structures.
The General Manager said that the setback areas with interlocking tiles were supposed to be green areas, stressing that the enforcement is aimed at regulating physical planning development in the state.
He added that green land setbacks are specifically reserved to help preserve the ecosystem as part of efforts to achieve the development plans in the state and make the environment organised and livable.
The General Manager said the enforcement exercise would continue on buildings, with or without planning permits, in conformity with construction regulations, adding that the exercise is also to intensify efforts to rid the state of illegal and unapproved building constructions.
He appealed to Lagos residents to always follow proper procedures in building construction works and obtain planning permits from the state government.

Insist On Power Rotation To Southern Nigeria In 2023, Prof. Moghalu Calls On Ndigbo