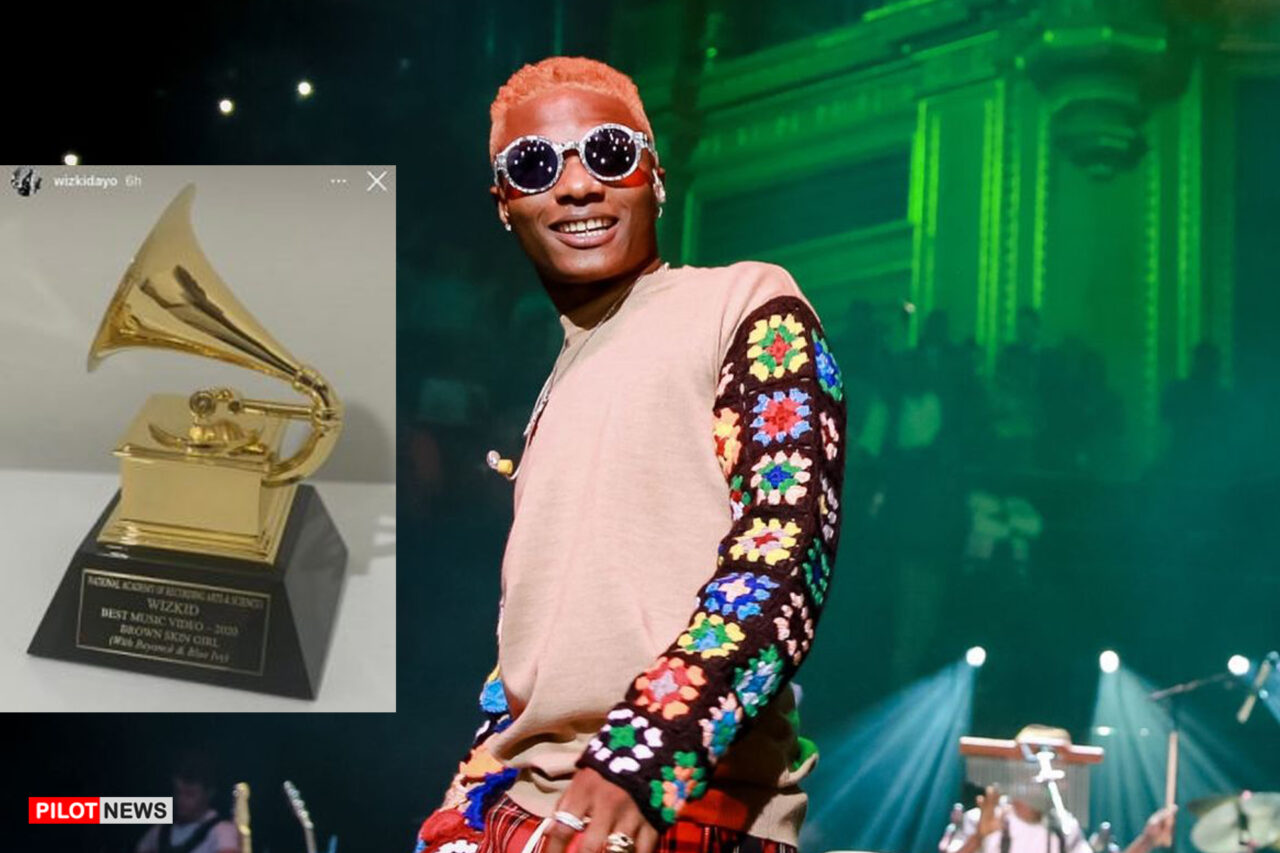 The News Agency of Nigeria reports that Wizkid became the second Nigerian to receive a plaque after Burna Boy received his own a few weeks ago.

The singer, who said he was so excited, took to his Instagram handle @wizkidayo to announce the award of plaque to his fans and music lovers, as he displays the award photo of the plaque with his name on it.

On March 14, the Nigerian superstar won ‘Best Music Video’ for his role on ‘Brown Skin Girl’ at the 63rd Grammy Award, which was held in Los Angeles, United States of America.

He won the award alongside Beyonce, who owned the song and featured artists, Saint John and Blue Ivy.

The award would also go to Jenn Nkiru, who directed the video.

The song, which was made for Beyonce’s album ‘Lion King’, ‘The Gift,’ also featured other Nigerian artists in October 2019.

NAN reports that the Nigerian Afrobeats star won awards at the 2021 Grammys alongside Burna Boy.

Meanwhile, some of Wizkid’s fans have taken to his Instagram page to relive and praise the singer’s achievement.

Proposed NPC Act Amendment Has Nothing to Do With Buhari – Presidency