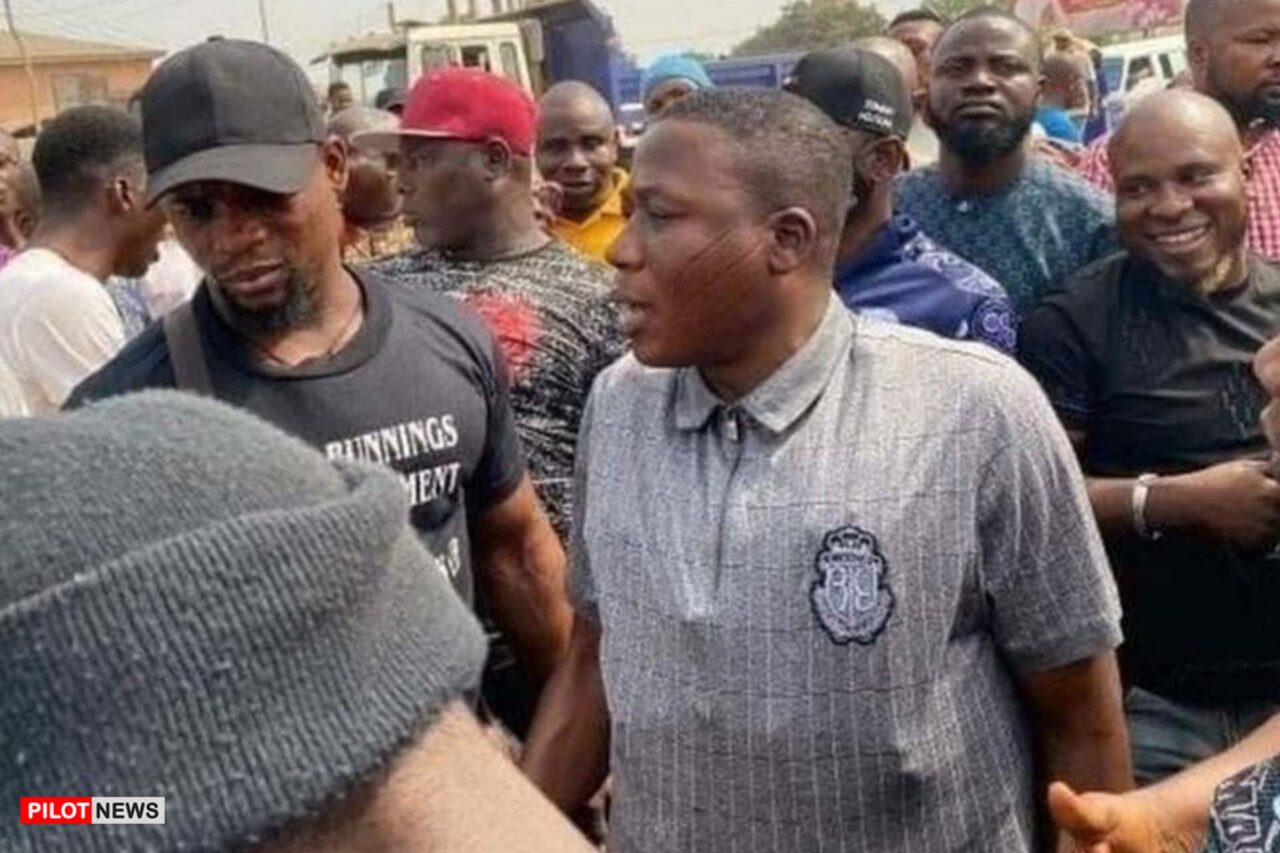 Communications manager of Ilana Omo Oodua, Maxwell Adeleye has disclosed that  Nigeria did not file any charge against Sunday Igboho before he was arraigned at Cour De’appal De Cotonou, the Republic of Benin on Thursday.

The Yoruba activist was arraigned at the court following his arrest at the Cardinal Bernardin International Airport, Cotonou on Monday night. He was arrested with his wife on their way to Germany.

A statement issued by Adeleye on behalf of  Ilana Omo Oodua, disclosed that Ropo, Igboho’s wife, was released by the court because she had no case to answer.

“Yesterday, the court set lgboho’s wife free since it has been found that she has committed no offence and there are no complaints whatsoever against her. Consequently, her German passport was returned to her.

“The Lawyers handling the case reported after the proceedings that Sunday lgboho cannot be extradited to Nigeria for two principal reasons: That contrary to insinuations, Nigeria and Benin have no Extradition Agreement.

“That Nigeria has not been able to come up with charges that could lead the court to order lgboho’s extradition to Nigeria. What the Nigerian government came up with were mere allegations against Ighoho such as trafficking in arms and inciting violence that could result in social disturbance without evidence which the government of Benin Republic considered spurious and untenable, and insufficient to warrant extradition,” the statement read.

The Annual Income of Lagos NURTW Can Service the Annual Budget of Nasarawa, Yobe, Niger Put Together – Report