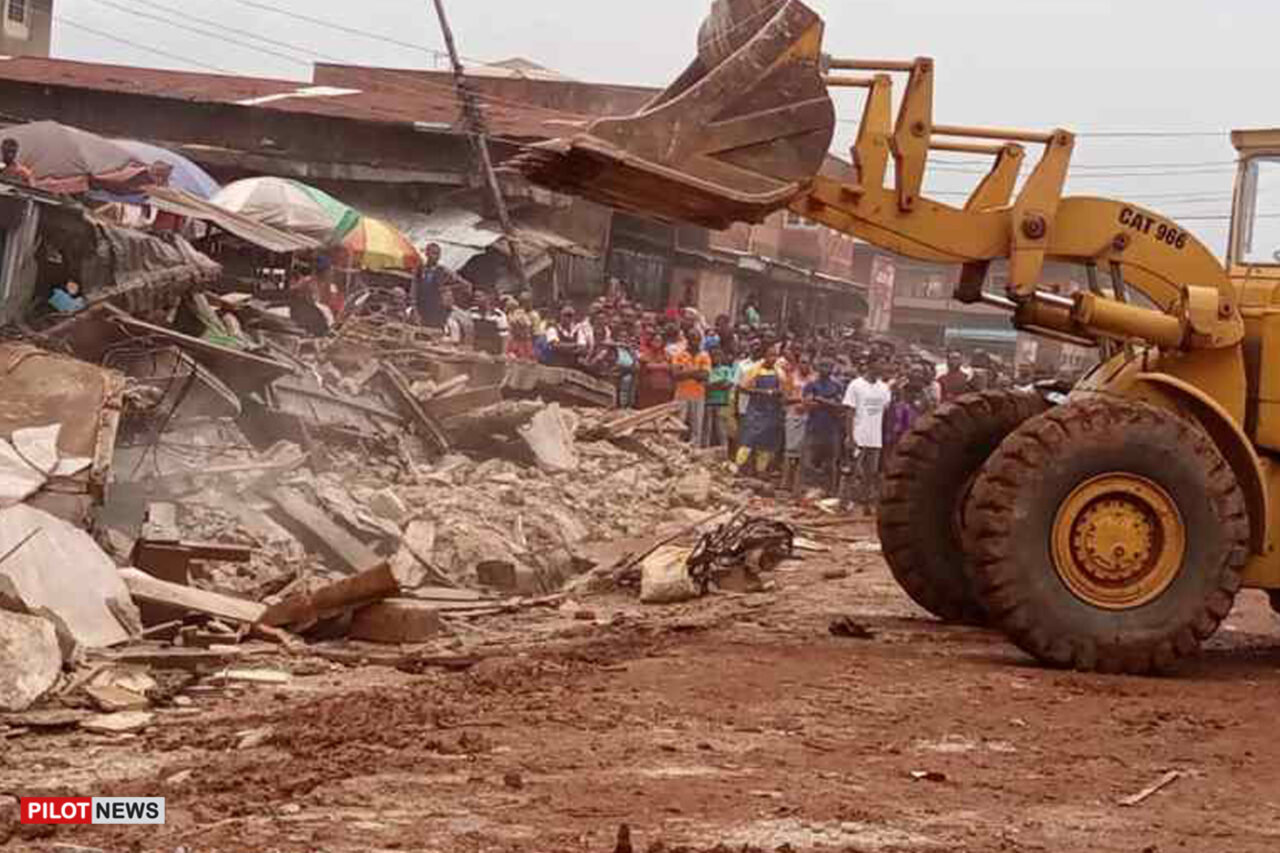 ENUGU — The current economic situation of the state no doubt has been biting hard on Nigerians with the skyrocketed inflation rate.

Traders complain of low turnover in business while consumers lament the high cost of goods and products; in all, it has been a very trying year as majority of the populace can barely feed from their daily hustle.

Regardless of the above premise, the Enugu Capital Territory Development Authority, ECTDA, has swooped in on markets demolishing structures that are not in the original plans of the state.

The month of August will ever remain indelible in the minds of many residents of the coal city as ECTDA demolished illegal structures in the state;

From New Market to Eke Obinagu Market Emene to Abakpa market, even Trans Ekulu streets were not left out as many makeshift shops were pulled down.

Information reaching our correspondent is that the popular Kenyatta market is next in line for demolition.

An interview with a trader who was affected by today’s demolition in Abakpa market revealed that notice was given to these traders to vacate such structures but none knew that today will be the D day.

“We were actually told about Government’s intention to demolish these structures but we were totally unprepared because we were not aware that today is the day for the demolition,” a market woman laments.

“I understand that development comes with a price but government could have known that this is not the best time for this drastic action; this can result in armed robbery and worsen insecurity in the state. We are just barely managing and now this? Mr. Okechukwu stated.

In response, Dr. Josef Onoh, Chairman ECTDA, said, “We issued quit notice to all the illegal occupants constituting nuisances at different parts of the capital city; from Abakpa to Emene to Uwani to Trans Ekulu to all areas within the three Local Government Areas – the Enugu East, North and South that makes up the Enugu Capital City”.

“A responsible government cannot continue to allow such degeneration where miscreants take advantage of the slum to create a high level of insecurity in Enugu.”

“Abakpa has become a slum and previous administrations in the state folded their arms and allowed the slum situation to continue; this is highly unacceptable,” Onoh said.

Enugu Capital Territory Development Authority, ECTDA, was established through an Act of Parliament enacted by the Enugu State House of Assembly in May 2009.

The Authority was mandated to supervise development programs, projects, and activities within three Local Government Areas – the Enugu East, North, and South that made up the new Enugu Capital City.