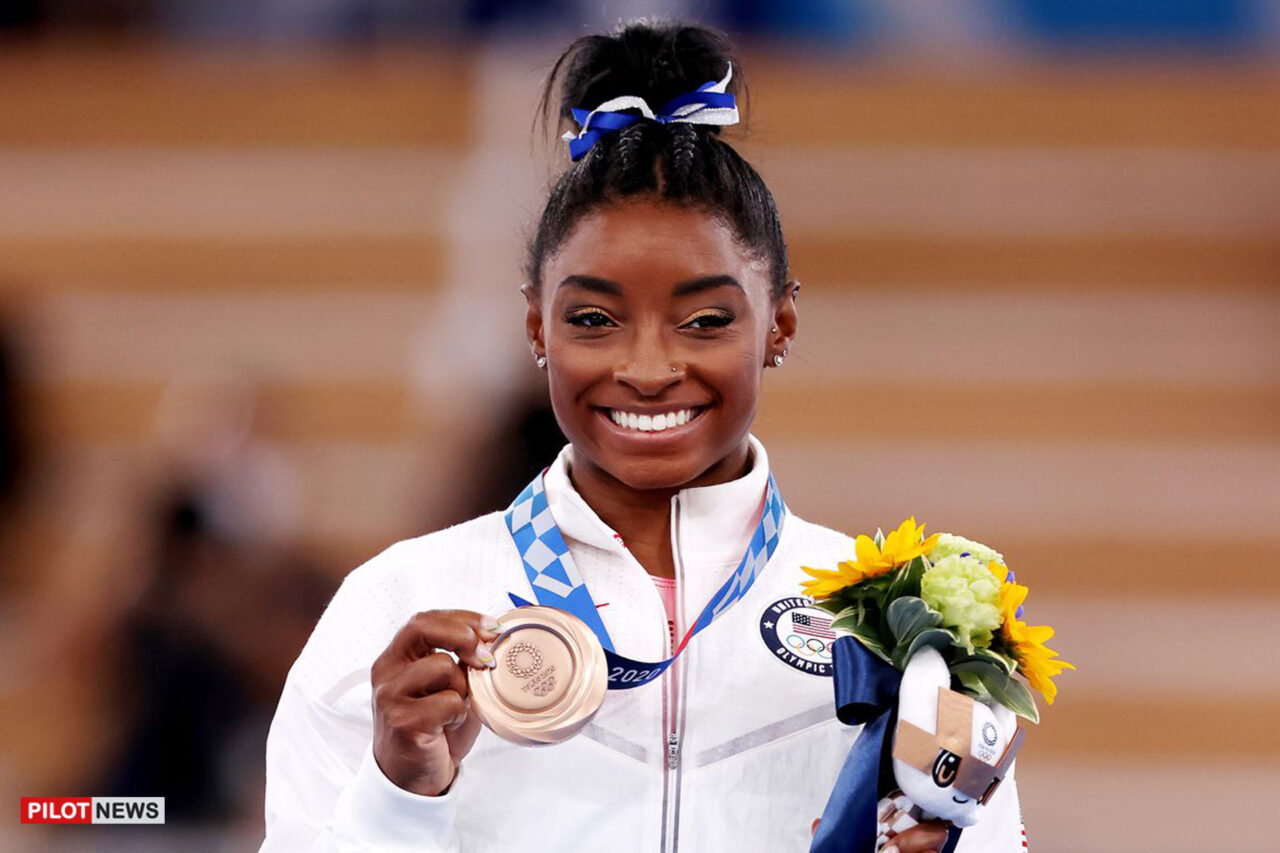 A couple of weeks ago, an American conservative activist and radio talk show host, Charlie Kirk, was tongue-lashed on The Young Turks’ YouTube channel for his demeaning remarks at Simone Biles. The 24-year-old superstar gymnast had, in the heat of performance, pulled out from the Tokyo Games last month, to focus on her mental health. It was a decision that did not augur well for America in the opinion of some people. Charlie Kirk who happened to be one of them deemed it fit to exercise and display some vocal strength and demeaning vocabulary at her. Here is some dose of his comment:

With this demeaning comment of his, it is not hard to tell the returns of arrows that have been directed at him since then from Simone Biles’ supporters. One of the comments in The Young Turks’ YouTube video reads:

“Isn’t it obvious Charlie is a weakling and the society you claim is producing weak people just produced you. Simone has served well and if she needs that time off, how does that affect you…obvious anyone can just wake up and run their mouth all in the name of media. Charlie if you think she is a weakling, what exactly have you done for your country…huh…empty vessels indeed make the loudest noise…Empty vessel Charlie Kirk.”

There seems to have been a loss of resistance against the tempting eagerness to comment loosely on peculiar issues; some of which we do not even have substantial knowledge on.

The main host of the show, Ana Kasparian, described Charlie Kirk as a guy who had previously and continues to spread disinformation about the coronavirus, recalling that he had once alleged that as many as 1.2 million people worldwide had died from the vaccine. She talked about how incredible Simone Biles is as a person, an athlete, and a woman who has persevered in ways that would absolutely crush the likes of Charlie Kirk. She further considered briefly if he was informed about the meaning of the word ‘sociopath’, stating that if he was, then it would force him to take accountability for the true sociopath he happens to be.

The public backlash to his comment has now become a fitting description of the ‘you-should-look-in-the-mirror’ slang- a snappy clause that suggests that an abuser is the exact reflection of their abuse.

His ill-mannered behaviour seems to be an amplified version of the little smearing remarks we encounter on social media and in our physical dealings- whether we are the ‘director’ or the ‘directed’. There seems to have been a loss of resistance against the tempting eagerness to comment loosely on peculiar issues; some of which we do not even have substantial knowledge on.

Two months ago, the renowned writer, Chimamanda Ngozie Adichie, published an essay that stemmed from the puzzling attack she received from people who were displeased with her opinionated reply on the concept of transgender women. In the piece titled, ‘It is Obscene: A True Reflection in Three Parts’, she wrote:

“I find it obscene. There are many social-media-savvy people who are choking on sanctimony and lacking in compassion, who can fluidly pontificate on Twitter about kindness but are unable to actually show kindness. People whose social media lives are case studies in emotional aridity… People who do not recognize that what they call a sophisticated take is really a simplistic mix of abstraction and orthodoxy-sophistication in this case being a showing-off of how au fait they are on the current version of ideological orthodoxy. People who wield the words ‘violence’ and ‘weaponize’ like tarnished pitchforks. People who depend on obfuscation, who have no compassion for anybody genuinely curious or confused… And so we have a generation of young people on social media so terrified of having the wrong opinions that they have robbed themselves of the opportunity to think and to learn and to grow… The assumption of good faith is dead. What matters is not goodness but the appearance of goodness. We are no longer human beings. We are now angels jostling to out-angel one another. God help us. It is obscene.”

The public backlash to his comment has now become a fitting description of the ‘you-should-look-in-the-mirror’ slang- a snappy clause that suggests that an abuser is the exact reflection of their abuse.

Still, in defence of Simone Biles, Ana Kasparian voiced, “Don’t throw stones, especially when you’re throwing those stones at a champion and you happen to live in this glass house of failure, all around. Period”. But more importantly, we should begin to make well-thought-out remarks on peculiar matters instead of loose, spontaneous ones. We must be weary of the cancel culture and begin to live out the considerable and commendable potential of our articulateness as humans.

OPINION: The Nexus Between Unemployment and Summer Lessons