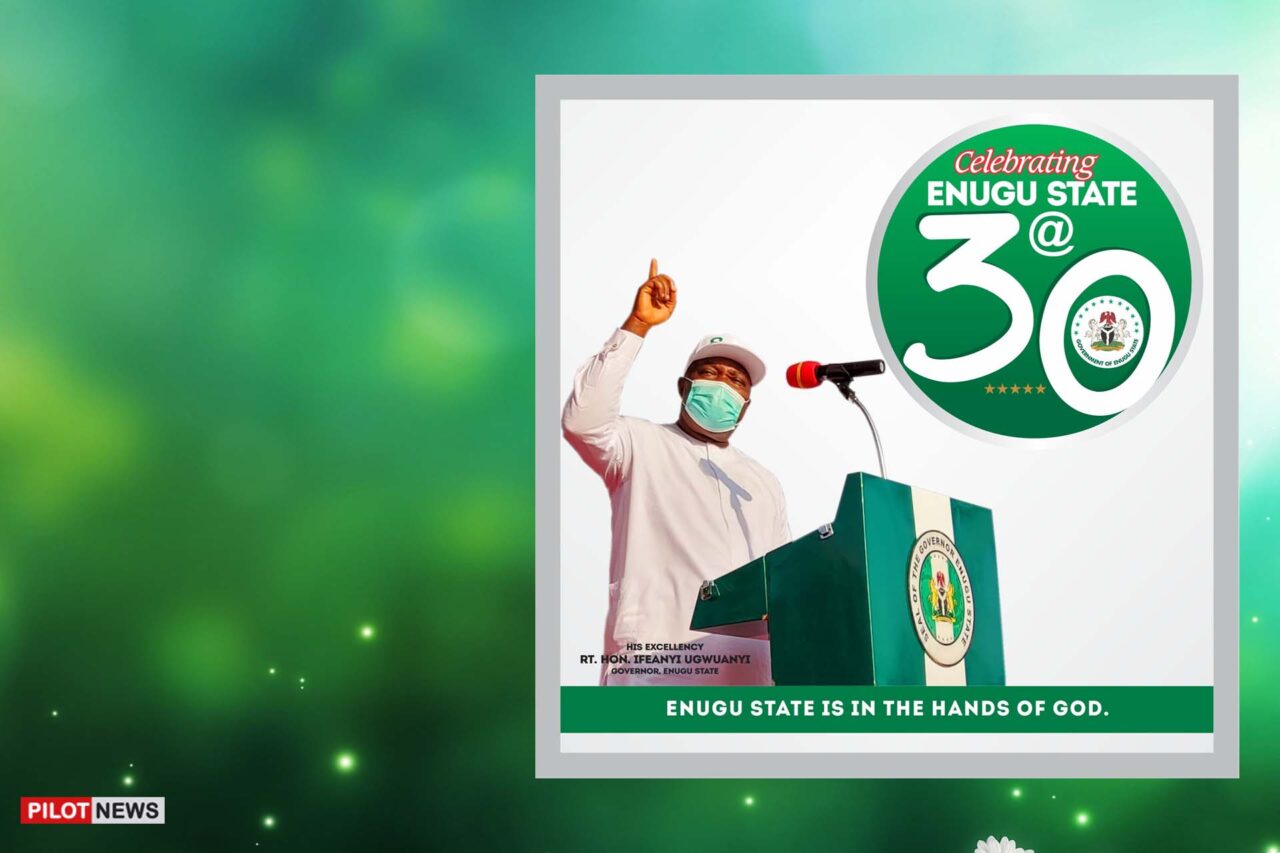 ENUGU — Thirty years ago, on the 27th of August, 1991, General Ibrahim Babangida hearkened unto the yearnings of the Wawa people to create a new state; Enugu state was carved out from the old Anambra state as a result of years of agitation, as well as complaints of injustice and marginalization by the Wawa leaders and people.

Enugu state is popularly known as Coal city state because it is the first place coal was mined in commercial quantity in Nigeria.

In 1909, the first European settlers led by a British mining engineer named Albert Kitson arrived in the area. In his quest for silver, he discovered coal in the Udi Ridge which is why the state is regarded as coal city state.

The state is the home of Nigeria’s first indigenous the University of Nigeria, Nsukka (UNN), Enugu State University of Science & Technology (ESUT), Institute of Management and Technology (IMT), and a host of various tertiary institutions, secondary and primary schools.

On 27th August 1991 during the tenure of Lt. Colonel Herbert Obi-Eze, the then military Governor of Anambra State, Nigeria, Enugu state was split out from Anambra state with Obi-Eze continuing as the Governor of Enugu state.

In 1992, Okwesilieze Nwodo of the NRC party took over from Obi-Eze as Governor of the state;