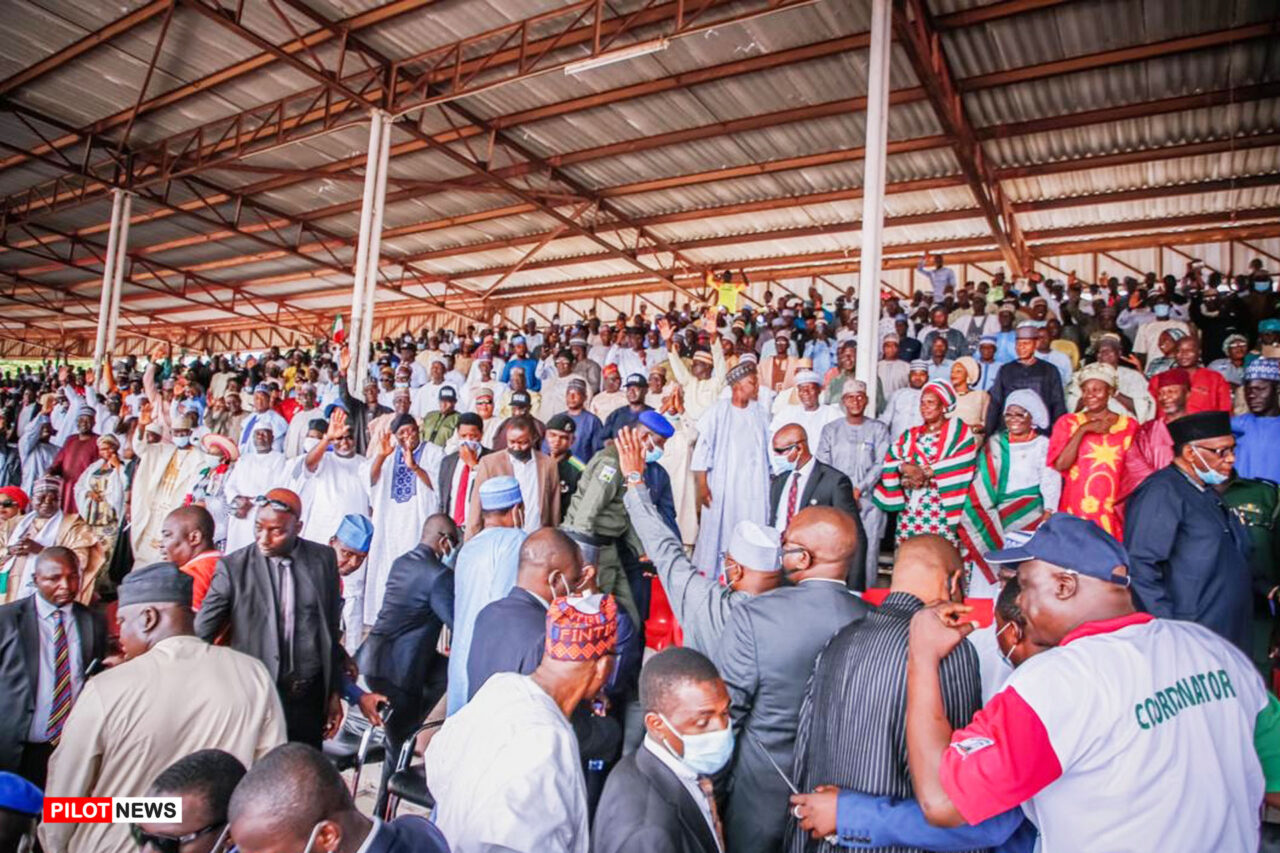 Political atmosphere is gathering momentum in Adamawa state ahead of 2023 general elections in Nigeria, as politicians are inclining themselves with political parties they considered would be relevant in actualizing the dream of that political party at the polls.

Former Secretary to Adamawa state Government, Mr Kobis Ari Thimnu and Daniel Bwala, as well as Commador Sali Bodes alongside their supporters on Saturday at Mahmud Ribadu square Yola, made the formal defection from other political parties to the People’s Democratic Party (PDP).

Welcoming the defectors to the Peoples’ Democratic Party (PDP) Former Vice President and Waziri Adamawa, Alhaji Atiku Abubakar noted that the event marked the beginning of APC Collapse in the country and expressed happiness that prominent politicians are returning to the PDP.

“We have done a big mistake before by floating a party called APC. But from today, I’m calling on you Adamawa people to leave your parties and join PDP because it is the future and the masses party.

“It was PDP that gave back life to Adamawa State after it was slayed by the APC and usher it to its present state of development.”

“Our schools are now better and our health institutions are in superb shape. I pray that this event will mark the beginning of the internment of the party,” Atiku said.

Addressing the crowd, Governor Umaru Fintiri assured the defectors of a level playing ground and urged party leaders and supporters to embrace them, as his administration will not relent in the task of taking Adamawa to the pedestal of development for the present and yet unborn generation.

“I want all of you to give the new defectors the needed cooperation and level playing field as we have no strangers in the party.”

“Allow those who want to contest among them to participate in the electoral process and they should be well accommodated and given a level playing ground. But let those who lose elections remain in the party because we will not be happy with people whose aim is only to contest elections under our platform.”

“APC as an opposition in the state is a party without focus, and PDP will soon conduct a credible and peaceful Congress that will serve as a shining example to other political parties.”

“People of Adamawa should continue to unite so as to pave way for development to thrive in the state and support the former Vice President in his political ambition as he is the proud son of the state.”

“We need to go to other States to sell Atiku’s candidature because selling Atiku in Adamawa amounts to eye service. Nigeria is in need of a Messiah and Atiku is that Messiah,” Fintiri added.

Earlier in his welcome address, the State Chairman of PDP, Barrister Tahir Shehu was optimistic that with the caliber of people joining the party, Adamawa will continue to set pace for political revolution in the country.

“Our national headquarters charged us to give the defectors all the needed support and cooperation. They should also be treated like every other person,” he said.

Responding on behalf of the defectors, former SSG, Mr Kobis Ari Thimnu regretted how the left the PDP to join their former party, the APC and pledged their support to Governor Fintiri and Atiku Abubakar.