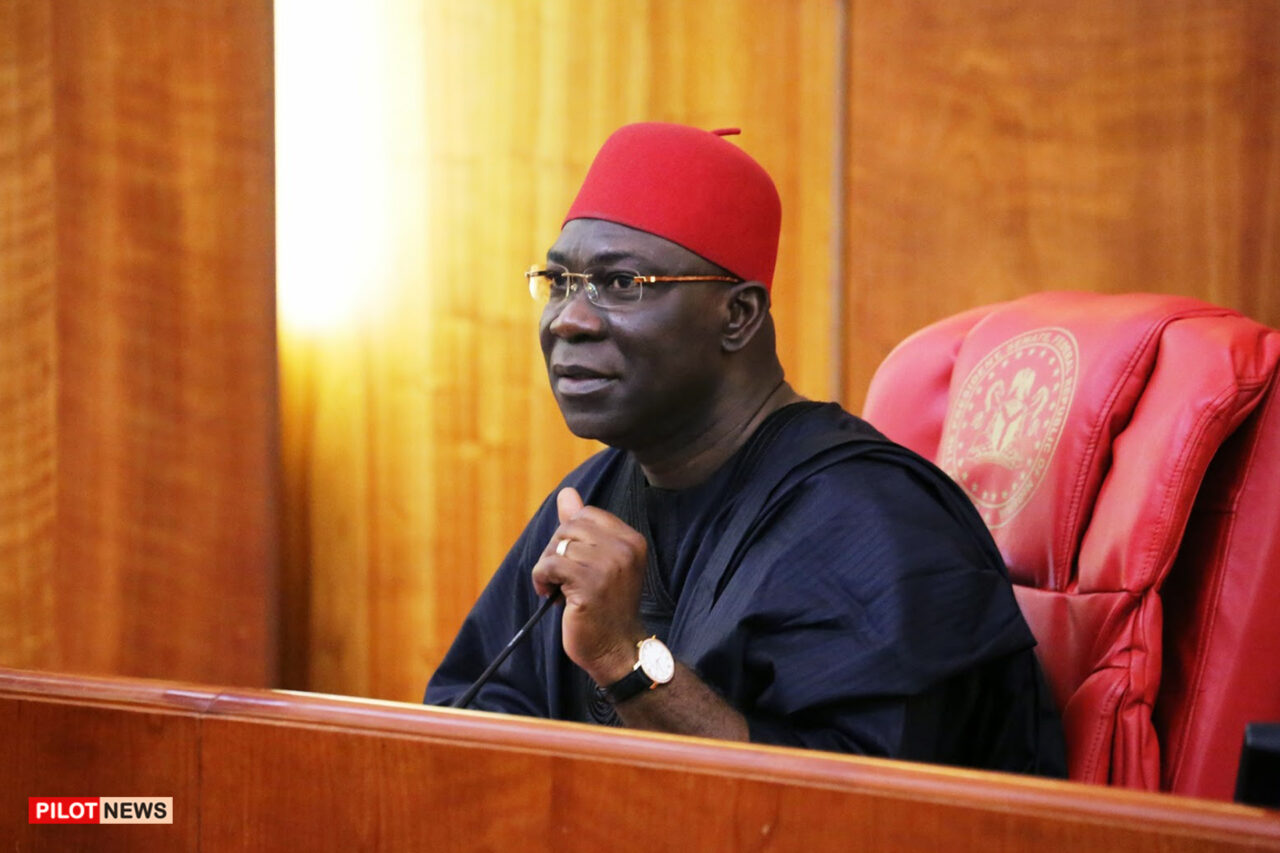 The former deputy senate president, Ike Ekweremadu, has warned the national assembly against embarking on any legislation over the collection of the value-added tax (VAT) and stamp duties.

According to him, permitting the litigations to run the full course could strengthen the nation’s federalism.

He asserted that any constitutional amendment to transfer VAT collection to the exclusive legislative list, as requested by the Federal Inland Revenue Service (FIRS) would be unjust.

“In April 2012, I delivered a lecture at the Osgoode Hall Law School, York University, Canada, entitled ‘Nigerian Federalism: A Case for a Review’.

“On the occasion, I forewarned that Nigeria would surely run into stormy economic weather unless we reinvented our federalism, steering the country away from a military-imposed ‘feeding bottle federalism’ to one predicated on self-reliance, hard work, enterprise, and resourcefulness.

“This I believe, will catalyse national development and economic prosperity.

“Many others have also made related calls. Unfortunately, only a few people were interested in what we were talking about.

“Although we achieved a number of successes, perhaps my worst experience at the helms of the constitution amendment process was in the Seventh Assembly.

“We recorded the most elaborate amendments to our constitution, including the rearrangement of the Legislative Lists to devolve more powers to the subnational governments by moving certain items like Aviation, Railway, Power, Stamp Duties, among others to the Concurrent Legislative List. Unfortunately, the amendments were denied assent by the President.

“But as a lawyer and lawmaker, I know that case law or judicial precedent is also a veritable source of law.

“So, I think we should allow the constitution and the laws of our land to be tested in the courts of law.

“It is untidy for the presidency or its agency to come through the backdoor to seek legislative intervention in its favour on the same matter that is prejudice.

“The ball is now in the court of the judiciary and all we should seek at this juncture is an expedited and courageous adjudication of the lawsuits.”

“Rather than begrudge states like Rivers and Lagos, all federating units should be encouraged and enabled to look inwards to reinvent themselves.

”They should be encouraged to boost their respective competitiveness through improved security, human capital development, industry, and building of egalitarian and cosmopolitan societies.

“This would enable them to attract more investments and economically viable populations. That is how federations are meant to function,” he said.

The FIRS and some state governments have been embroiled in a legal tussle over VAT collection.

In August, a federal high court in Port Harcourt restrained the FIRS from collecting VAT and personal income tax (PIT) in Rivers state.

NIMASA is a Regulatory Body Not Revenue Generating Agency - Ameachi