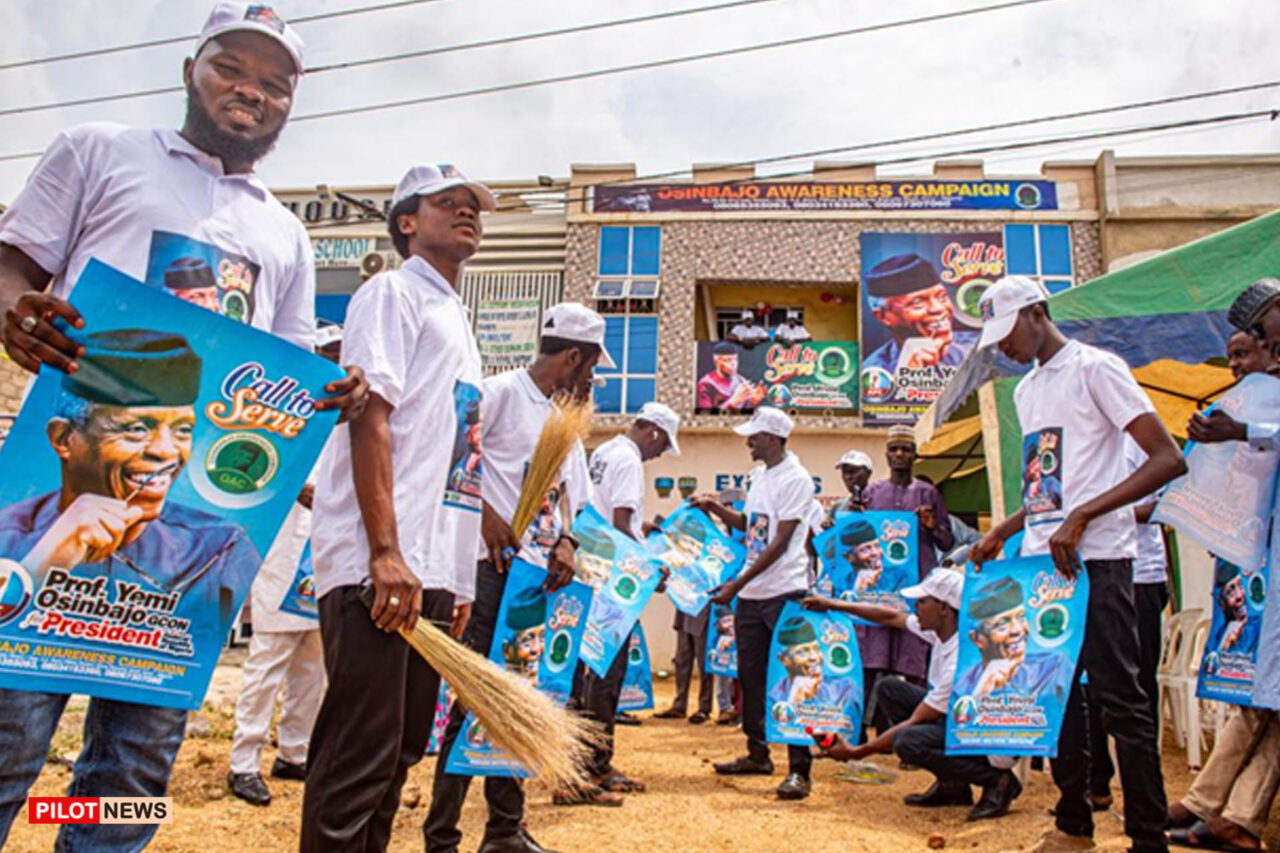 KANO– As the political drum is gathering momentum daily ahead of 2023 general elections in Nigeria, a coalition of Northern Youths in Kano has launched an awareness campaign to galvanize support for Vice President Professor Yemi Osinbajo to contest for president.

According to the group under the auspices of Osinbajo Awareness Campaign (OAC) it mobilizes 20 million youths across the 19 Northern states and Federal Capital Territory (FCT) in solidarity with the Vice President as the only trusted candidate who can consolidate the gains of president Mohammad Buhari’s transformation agenda.

Mubarak Haruna, National Coordinator of the group while unveiling the campaign at its Kano secretariat and campaign vehicles on Sunday, explained that while other pro-Osinbajo platforms including The Progressive Project (TPP) and the Progressive Consolidation Group (PCG) focus on the general population, OAC will mobilize 20 million youths across various political backgrounds in the nineteen Northern states.

Haruna stated that Vice President Osinbajo has not considered throwing his hat in the ring, but declared the readiness of the group to drive intensive campaigns across the Northern part of the country and drum support for his candidacy come 2023.

Haruna disclosed that beside the mobilization program, the group will soon start collecting public opinion and data towards setting a grassroots-oriented public agenda for the 2023 Osinbajo presidential ambition.

“Nigeria needs the caliber of highly patriotic and genuinely detribalized leaders that can drive the country to greater heights.”

“Professor Osinbajo has demonstrated competence and loyalty to manage a complex entity like Nigeria; he diligently stabilized the nation’s economy while holding brief for President Muhammadu Buhari.”

“Osinbajo’s pragmatic demonstration of commitment to progressive ideals, honesty and people-focused leadership by example are glaring in the Buhari administration ‘s social empowerment program, including cash transfer and trader money where several lives of poor and less privileged Nigerians across the country were positively touched.”

“We are launching an awareness campaign across the Northern states to mobilize support for Vice President Professor Yemi Osinbajo towards making him our next president.”

“None of us has ever met him in person but from all we know, we are convinced that the Vice President is the only tested and trusted candidate that can continue the good works started by President Muhammadu Buhari.”

“It is obvious that Professor Osinbajo is a visionary leader, a patriotic citizen whose loyalty to one indivisible Nigeria is never in doubt; he is a detribalized Nigerian who is widely accepted, irrespective of religion and tribe across the country. We would support him to make sure he wins,” Haruna added.

On zoning presidential ticket to South or North by APC, Haruna said APC should consider power shift to the South if the party truly believes in sustaining a very united federation.