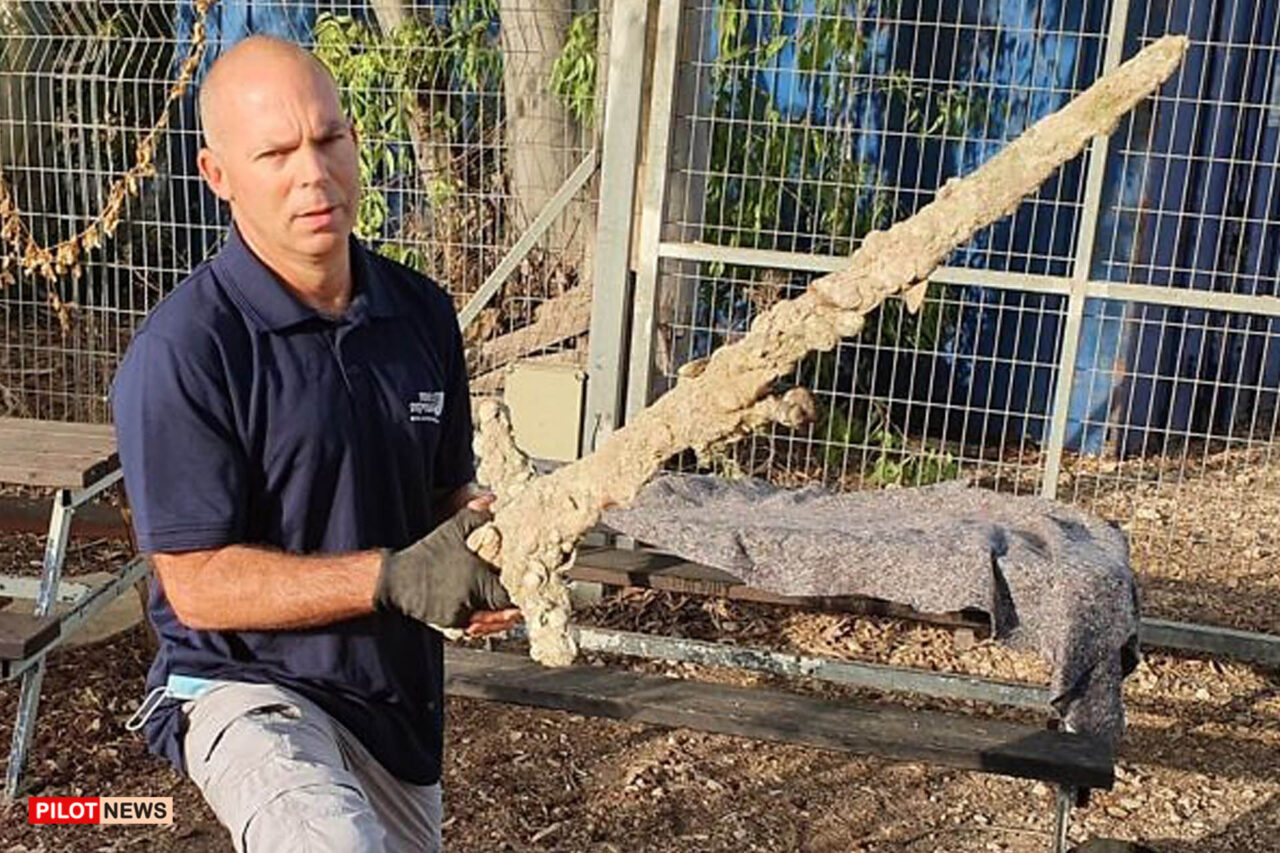 TEL AVIV — An Israeli scuba diver had discovered a 900-year-old Crusader sword in the Mediterranean Sea.

The sword, with its 1-metre-long blade and a 30-centimetre-long hilt, was lying on the seabed off the Carmel coast, the Israel Antiquities Authority said on Monday.

“The sword, which has been preserved in perfect condition, is a beautiful and rare find and evidently belonged to a Crusader knight,’’ said Nir Distelfeld, inspector for the Israel Antiquities Authority’s Robbery Prevention Unit.

According to the statement, the Carmel coast contains many natural coves that provided shelter for ancient ships in a storm.

Entire settlements and ancient port cities developed in the area.

“These conditions have attracted merchant ships down the ages, leaving behind rich archaeological finds.

“The recently recovered sword is just one such find,’’ Distelfeld said.

Meanwhile, at the site where the sword was found, there were indications that that the anchorage was used as early as the Late Bronze Age, 4,000 years ago.

However, the site has been monitored by the Israel Antiquities Authority since June, but the finds are very elusive, since they appear and disappear with the movement of the sands.

The scuba diver discovered the sword on Saturday and took it with him, fearing that it could be stolen or covered by sand again.

He then handed it over to the authorities and received a certificate of appreciation for good citizenship. (dpa/NAN)