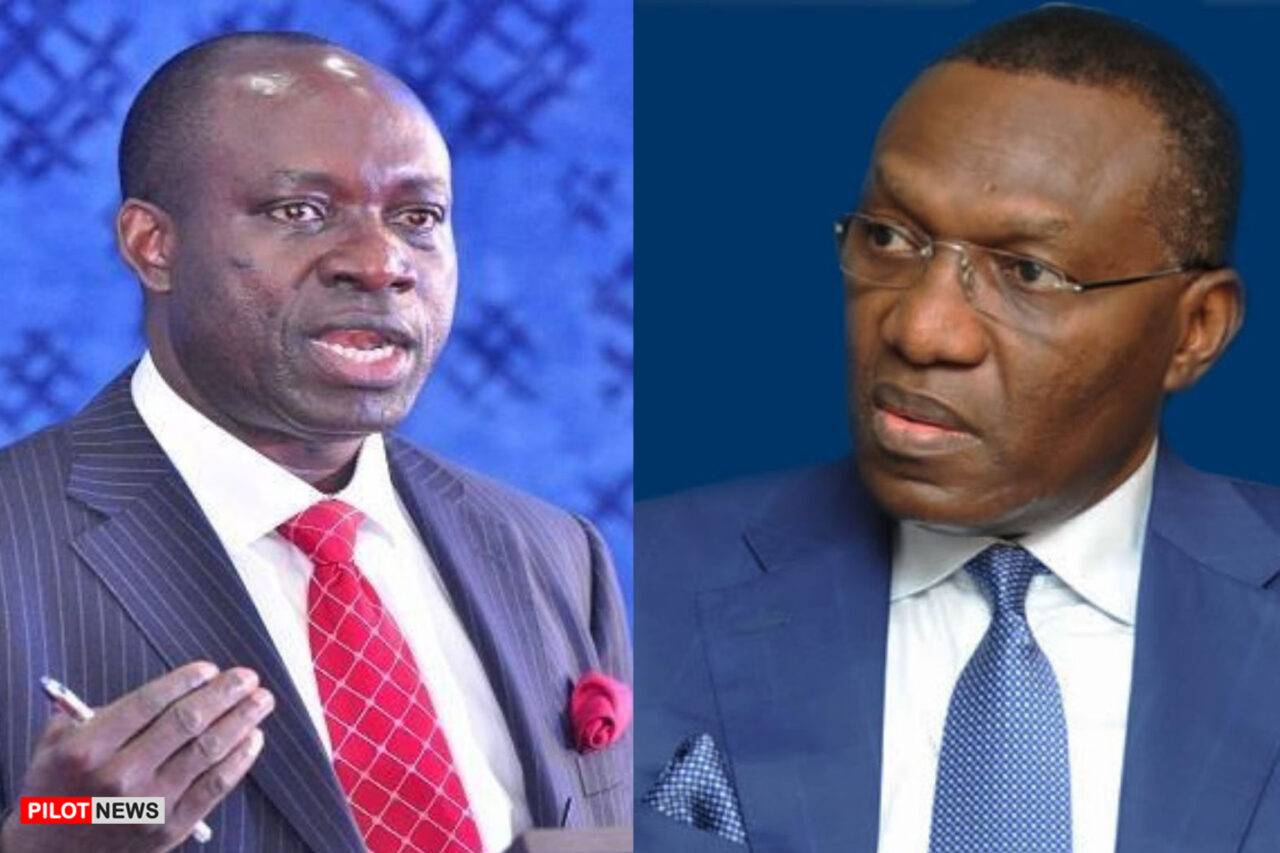 AWKA — Following the outcome of the 2021 Anambra State governorship election in which Professor Charles Chukwuma Soludo of the All Progressives Grand Alliance –APGA, was declared winner by the Independent National Electoral Commission- INEC, the All Progressives Congress –APC, and its candidate for the election, Sen. Andy Uba, have decided to challenge the election in court.

Since the declaration of Prof. Soludo as winner of the election by INEC after the Ihiala local government supplementary election, of the four major contenders, only Sen. Andy Uba is yet to congratulate Soludo, insisting that he would take a position after a meeting with his team. Sen. Andy Uba and his team had a meeting in Awka last week and thereafter hinted that they will be challenging the election in court. Earlier in the week, Valentine Ozigbo the PDP candidate who had before congratulated Prof. Soludo also hinted that he has not closed the doors against possible challenge of the election results in court, much to the chagrin of many, considering that he had earlier congratulated Prof. Soludo of APGA.

Only yesterday, the APC reiterated its position and decision to challenge the election in court, insisting that the election umpire did not satisfactorily conduct the election in accordance with the provisions of the electoral act. During Channels Television Politics Today, Hon. Benchuks Nwosu counsel to Andy Uba and chieftain of the APC said that the party has nothing against APGA or the person of Professor Soludo, however, that APC and indeed, Sen. Andy Uba have reservations over the manner in which INEC conducted the Anambra State governorship election.

When the host Seun Okinbaloye asked Hon. Barr. Benchuks Nwosu why Sen. Andy Uba has not congratulated Prof. Soludo, if something was wrong? Responding he said, “Yes. According to my client Sen. Andy Uba the candidate of APC, a lot was wrong. Not specifically against the person of Prof. Soludo or APGA as a political party, but the institution that conducted the election. The case we have is not against an individual. It is against the institution that conducted the election and they conducted it very, very badly”, Benchuks Nwosu said.  When asked pointedly, if Sen. Andy Uba is going to court, Nwosu responded in the affirmative. “Yes. We are going to court because we have a plethora of evidence we believe will sustain a successful petition”.

Looking rather shocked, Seun inquired the grounds upon which the APC and Sen. Uba are going to court considering that the APC did not win any local government in the election. “Our goal,” Hon. Benchuks said, “is not about winning one or several local governments. We are saying that we have discovered that there are irregularities in the conduct of the election. That INEC was grossly understaffed; that in so many polling units…election did not hold at all. That in most of these polling units, INEC did not come to conduct the election at all. That in some places where they came, they came by 3pm or thereabout. I will give you an example, in Nnobi 1, 2, 3, in most of the places, they did not come; places where they came, they came around 3pm and after about an hour or so, they left,” Hon. Barr. Benchuks Nwosu said.

In his reaction to the same programme, the National Chairman of APGA, Ozonkpu Victor Oye said that the just concluded Anambra governorship election is satisfactorily conducted. “The election is one of the most peaceful elections in Anambra State. Even if you conduct the election one million times, APGA will win because the party is on ground and the candidate is on ground,” Oye said.

Reacting further, Chief Oye reiterated that the election was “conducted transparently, credibly, and fairly. I am surprised why APC candidate has not congratulated APGA. They should throw in the towel. There is always another time…why are they going to tribunal to waste time and money? People should accept their defeat and go and try again,” Victor Oye said.

Meanwhile, Hon. Nwosu maintained that “the election was not conducted in substantial compliance with the electoral act.”

No Research About Healing Qualities Of Cannabis-NDLEA Boss