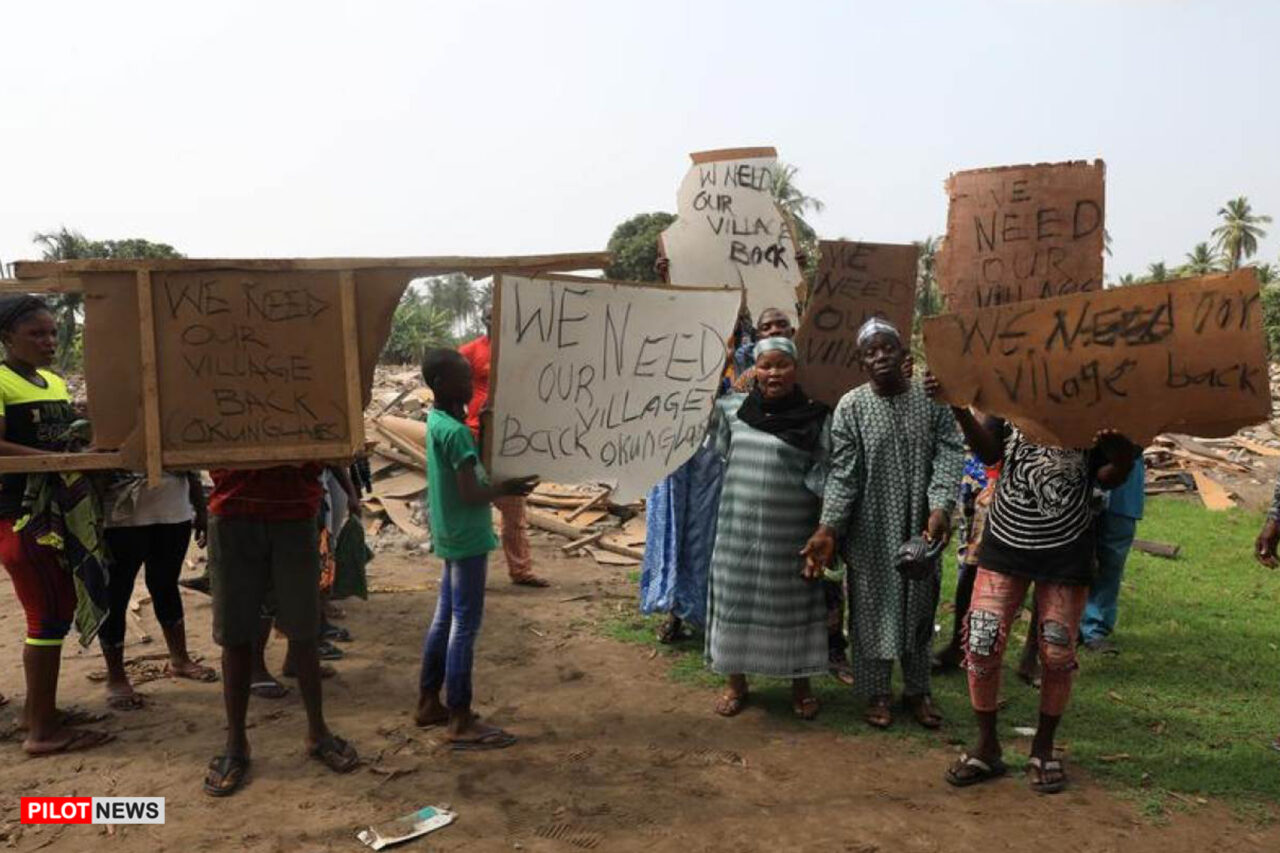 ABUJA — Over 400 residents of Abuja have sued the Minister of the Federal Capital Territory (FCT) and the Inspector-General of Police concerning the forcible ejection from their shops.

Chukwuma-Umachukwu Ume, Senior Advocate of Nigeria (SAN) writing on behalf of the 439 complainants, said most of his clients are the breadwinners of their families.

In an impassioned letter to the FCT minister, Muhammad Bello, the distraught traders who are mostly low-income earners, urge the minister to immediately halt the ongoing construction work at the disputed property.

In the suit marked: CV/2734/2021, Ahmed Suleiman and four others are suing the respondents on behalf of their co-tenants.

In the letter dated November 19, 2021, the 439 embattled occupiers at the Area 7 Shopping Complex popularly known as UTC in Abuja said they had been at the property since 1992; “duly paying rents and service charges up to date.”

“That your 439 tenants/occupiers are low-income earners is not a reason to treat them like animals ignoring respect for the rule of law and the dignity of the court.”

The complainants who are 439 are equally suing the Federal Capital Development Authority (FCDA), Abuja Markets Management Limited, Urban Shelter Limited and Obinna Okolie, for throwing them out of their respective shops at the popular Area 7 Shopping Complex in Abuja.

The shop owners further urged the FCT minister to rise above the “inordinate selfish interest of private investors whose ongoing construction work is a big insult to the court.” ‘Minister must stop ongoing work.’

The claimants had acquired their interests in the Area 7 Shopping Complex through the original allocation of the various shops and or allocation of empty spaces for the allottees to build by the agents of the FCT minister between 1992 and 1993, allocation letters seen by this reporter showed.

In the writ of summons, the claimants said they always observed and honoured their obligations under the tenancy including payment of rents and service charges promptly.

According to the tenants (claimants), trouble began when the Abuja Investment Company Limited (4th defendant), from nowhere “surfaced with a controversial and illegal 3month remodelling plan of the Area 7 Shopping Complex, issuing the 439 claimants notices of purportedly terminating the tenancy relationship between them and the FCDA.

The aggrieved claimants argued that in a civil case, the Abuja Investment Company Limited, has no “locus” (right), but went ahead to muzzle the police and “connived with the Urban Shelter Limited and one Obinna Okolie to promote private and selfish interests” above the public good.

“In furtherance of its agenda to unlawfully divest the claimants of their shops, the 4th defendant offered to lease to the claimants shops at the Area 7 Shopping Complex for a five year lease which was rejected by the claimants.”

According to court documents, the Abuja Investment Company Limited, “resorted to illegal use of the police to threaten, coerce and deceive the claimants into signing the said lease, stating that they will lose their shops should they fail to sign the said lease agreement.”

Following the claimants’ refusal to engage in any form of redeployment agreement with the 4th and 5th defendants, “the Abuja Investment Company Limited and its partners are bent on going ahead with their plans to demolish the shops of the claimants.”

The claimants are praying the court for an order of “perpetual injunction barring the 4th, 5th, 6th and 7th defendants either by themselves or by their agents, privies, assigns or however described from disturbing, harassing, arresting and intimidating or inviting the claimants in respect of the 439 shops at the Area 7 Shopping Complex,  Garki, Abuja.