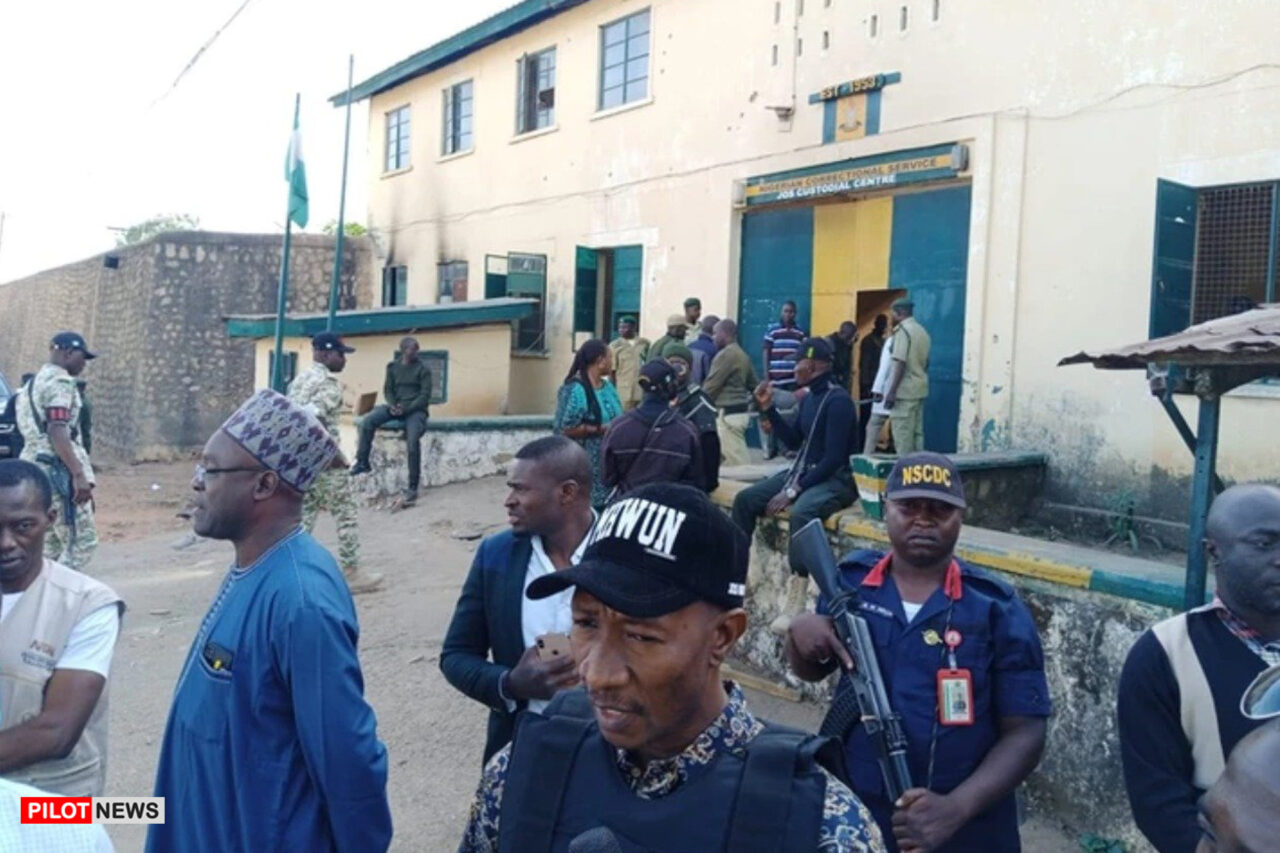 Recall that the facility came under attack on Sunday evening by yet to be identified gunmen who reportedly stormed the centre in large numbers with sophisticated weapons.

Aguda while updating journalists on the incident in his office, said 252 inmates are still at large, 10 were recaptured and 2 were brought back by their parents; while out of the 7 injured, 6 are inmates and the other person is a Correctional Center personnel.

The State Comptroller further stated that 789 inmates are still in custody.

“However, 10 have so far been recaptured, and 2 others were brought back by their parents, leaving 252 at large.

“Sadly, no arrest has been made in connection to the incident that happened at this facility.

“Sadly, one of the NCoS Armed Squad personnel paid the supreme price in the encounter while 9 inmates also lost their lives.

“Another staff of the Service was shot in the hand and 6 inmates were also injured in the attack.

“Out of the 11 killed during the incident 9 were inmates, 1 was an officer with the Correctional Center, and the other person was among the attackers.

“One of the gunmen trapped within the Medium Security Custodial Center, Jos after invading the facility has been identified as one of those killed in the gun duel.

“Some of the attackers and a total of 264 inmates escaped in the commotion before reinforcement could come from sister agencies.