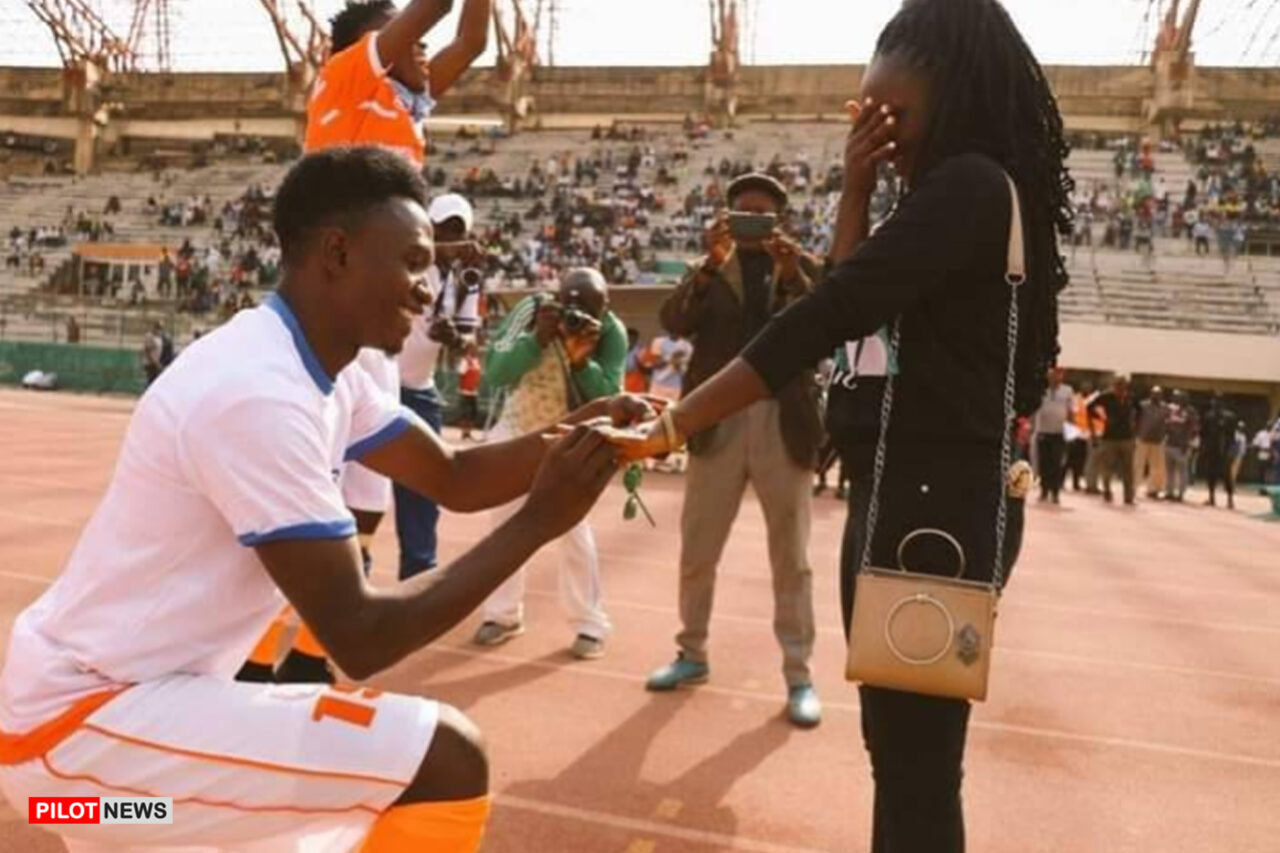 AWKA — Akwa United midfielder, Seth Mayi on Sunday evening stunned the crowd that had gathered at the New Jos Stadium in Plateau State when he proposed to his girlfriend, Blessing Karimu.
Seth asked Blessing to marry him just before the kick-off of the Nigeria Professional Football League (NPFL) Match between Plateau United and Akwa United.
The creative midfielder created a love scene when he took out a ring to pop the “Will You Marry Me?” question to his girlfriend. He was supported by his teammates, who were dorned with T-shirts with the inscription “Blessing Karimu, Please Say Yes.”
The player, who also wore a T-shirt with the inscription, “Will You Marry Me?” received a ‘Yes’ response to the delight of teammates and opponents.
The League Management Company (LMC) issued a statement about the proposal on Twitter.
“In Jos before #PLAAKW kickoff today. Akwa Utd star, Seth Mayi proposes to his sweetheart Blessing Karimu & she said YES. A wedding party coming up in Jos soon,” the statement read.
Seth Mayi may have won his girlfriend’s heart for the journey to forever off the pitch but on the pitch, his team Akwa United was trounced 3-0 by Plateau United.

"My Father Wants To Run Me Mad And Kill Me," Ukraine-based Nigerian Cries For Help On Being Spiritually Attacked By His Father