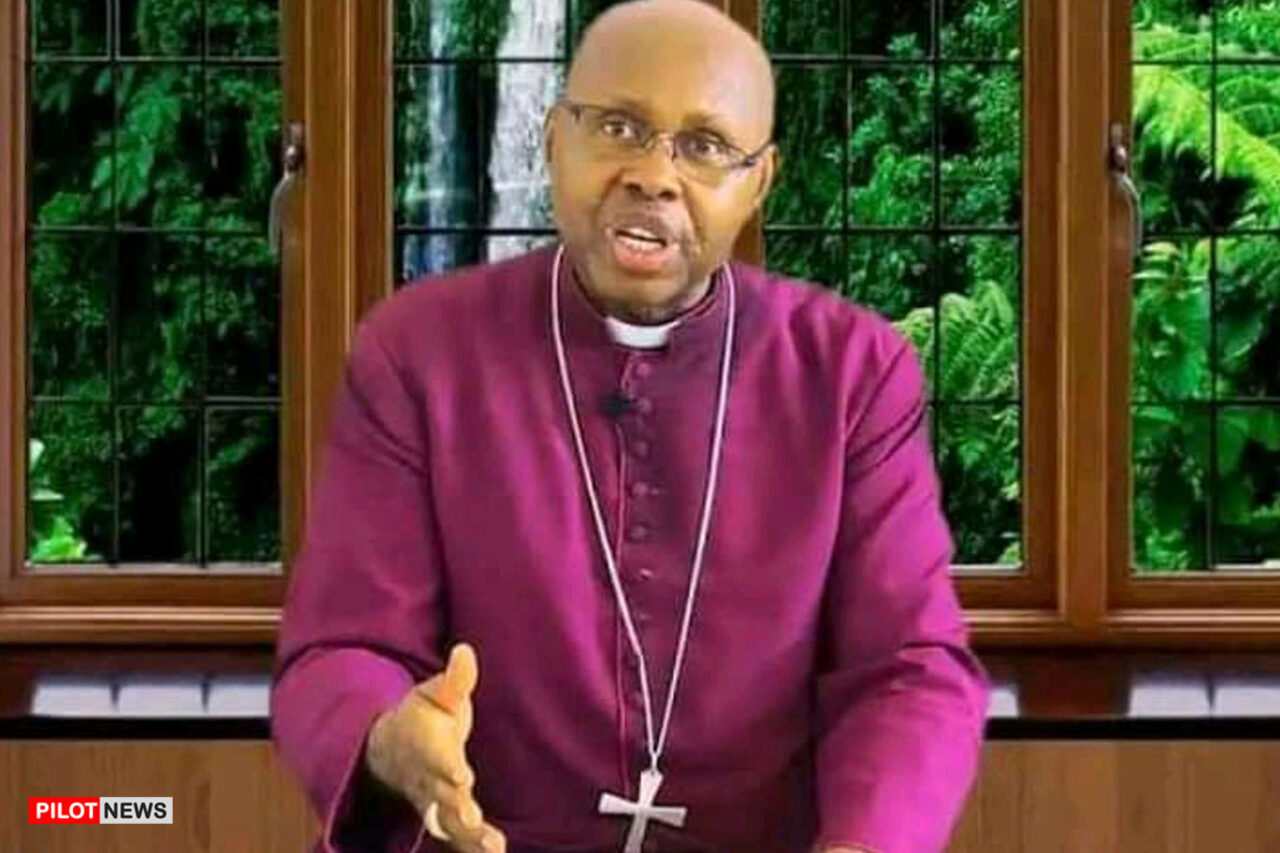 By Emmanuel Chigbata, Staff Reporter
AWKA — Archbishop Ecclesiastical Province of the Niger and Bishop, Diocese of Awka, Anambra State, Most Revd. Alexander Ibezim, on Saturday, declared that the detained leader of the Indigenous People of Biafra (IPOB), Mazi Nnamdi Kanu will be released next month.
He said God would touch the leadership of the country to release the IPOB leader in order to end the growing calamity in the southern region of the country.
Ibezim spoke at the 2022 Awka Diocesan annual prayer convention themed: “This Mountain Shall Be Removed.” held at the premises of Paul University, Awka, Anambra State capital.
He said, “God has already given us a breakthrough. We are going to celebrate a breakthrough. We shall witness fantastic testimony and we are making a declaration that wherever Nnamdi Kanu is, he will be released by this time next month.
“God will touch the leadership of Nigeria so that this calamity that is taking place in the east will end. By this time next month or anytime in the month of May, he will be released and there will be peace in eastern Nigeria and Anambra State.
“I’m not a politician but a prophet and when a prophet speaks, things happen.  It is time that injustice ceases to exist in Nigeria. Injustice, killings, and calamities will cease in southeast Nigeria.
“There are people that are pursuing what they are pursuing in order to gain attraction. As a prophet, I don’t need anybody to bribe me or influence me but I believe that my people will be set free and there won’t be war or destruction in this land.”
He added,  “We need humility because nobody is safe when the poor are not safe. The rich in our midst must do everything to ensure the safety of the poor. Otherwise, they won’t be safe to enjoy their riches. So both the rich a poor should cry unto God.”
Earlier in his sermon, Bishop of Jebba, Rt Revd Dr. Oluwaseun Aderogba, said that God is ready to remove obstacles that had hindered justice to the people of the country.
President, Mothers Union, and Women’s Guild, Province of the Niger and Diocese of Awka, Dr. Chioma Ibezim regretted the increasing insecurity, especially in the southeast, expressing confidence in answered prayers offered to God at the event.
“People are so bordered. There are wars and insecurity. When these happen, it’s an indication that people need to come together to seek God’s face. God has answered our prayers and the women are going home with joy,” she said.

OPINION: What 2023 General Election Might Mean for Nigeria’s Democracy