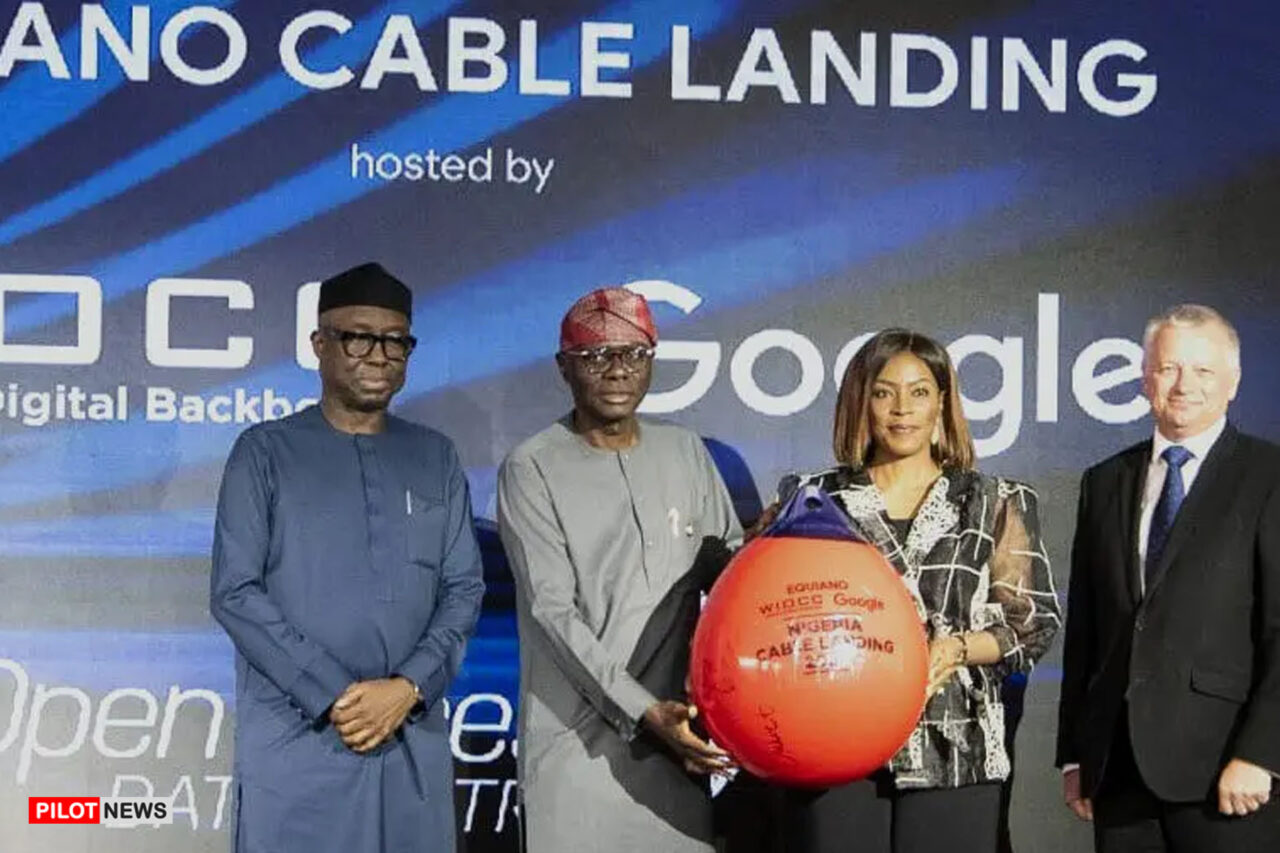 LAGOS — Google, on Thursday, unveiled plans to go for the heart of Nigeria’s Internet market with its Equiano submarine cable.

The state-of-the-art Equiano subsea cable, which will become a critical element in meeting Nigeria’s current and future international connectivity demands, according to Google, would reduce the retail cost of Internet prices by 21 per cent after its full deployment.

The Internet cable is named after Olaudah Equiano, a historical abolitionist, Equiano was an enslaved Nigerian writer who bought his own freedom, and uses a new technology called fiber-level switching. has a capacity of 144 terabits (18 Terabytes). Per the tech giant, it will be introducing 20 times more power and higher levels of durability than the last cable built to serve the West African region.

The firm added that its cable would increase Internet speed by six-folds and penetration by six per cent while boosting the Gross Domestic Product by $10.1bn in 2025 and creating 1.6 million jobs within the same time period.

It also said the cable would save 2.8 million tonnes of CO2 emissions per annum when fully operational.

The cable, according to Google and its landing partner WIOCC, begins in Portugal in western Europe, run more than 12,000km along the West Coast of Africa, and initially lands in Lome, Togo; Lagos, Nigeria; Swakopmund, Namibia; Rupert’s Bay, Saint Helena and Melkbosstrand, South Africa; establishing a new high-capacity connection between the African continent and Europe.

Speaking at the landing site in Eleguishi, Lekki Lagos, Director, Google West Africa, Juliet Ehimuan said: “Google is committed to supporting Africa’s digital transformation and we are excited to see the impact of the landing of Equiano in Nigeria.

“We have worked with established partners and in-country experts to guarantee that Equiano has the greatest potential effect in Nigeria and throughout Africa.

“Equiano is set to make an enduring contribution towards the development of Nigeria’s communications infrastructure and today marks another major step in its development. We look forward to honouring our commitment to being part of Africa’s digital transformation.”

Also speaking at the event, Chris Wood, Chief Executive Officer of WIOCC stated that the firm is proud to collaborate with Google as the landing partner for Equiano Cable in Nigeria.

“We are proud to have been selected by Google as the landing partner for the Equiano cable in Nigeria, landing the cable directly into the OADC Lagos data centre. From there it will be extended to other data centres across Lagos,” Wood said.

He boasted, “The Equiano cable will deliver improved internet quality, speeds, and affordability to the people of Nigeria.”

Wood further added, “However, for the benefits to be fully felt throughout Nigeria, hyperscale connectivity needs to be extended from the Lagos area to the rest of the country. To make this happen, WIOCC is also deploying a comprehensive, hyperscale national fibre network, in partnership with Phase3 telecom.

“The network will go live in phases, starting in June and continuing through to the end of the year. When combined with the Equiano cable this network will deliver transformational benefits across the country.

“I am told that this new Equiano cable system, landing today, will deliver twenty times as much network capacity as any of the existing systems serving Nigeria.”

The landing of the cable was witnessed by the Governor of Lagos State, Babajide Sanwo Olu and other prominent dignitaries, including representatives of the Minister of Communications and Digital Economy and Executive Vice Chairman of the Nigerian Communications Commission, NCC.

Since it opened its Nigerian office in 2012, Google has played an active role in digital literacy in the country with the aim of deepening patronage of its products and services in the country.

The Equiano will be the first foreign-backed subsea cable to land in Nigeria and boasts 20 times the capacity of existing subsea cables at 144Tbps.