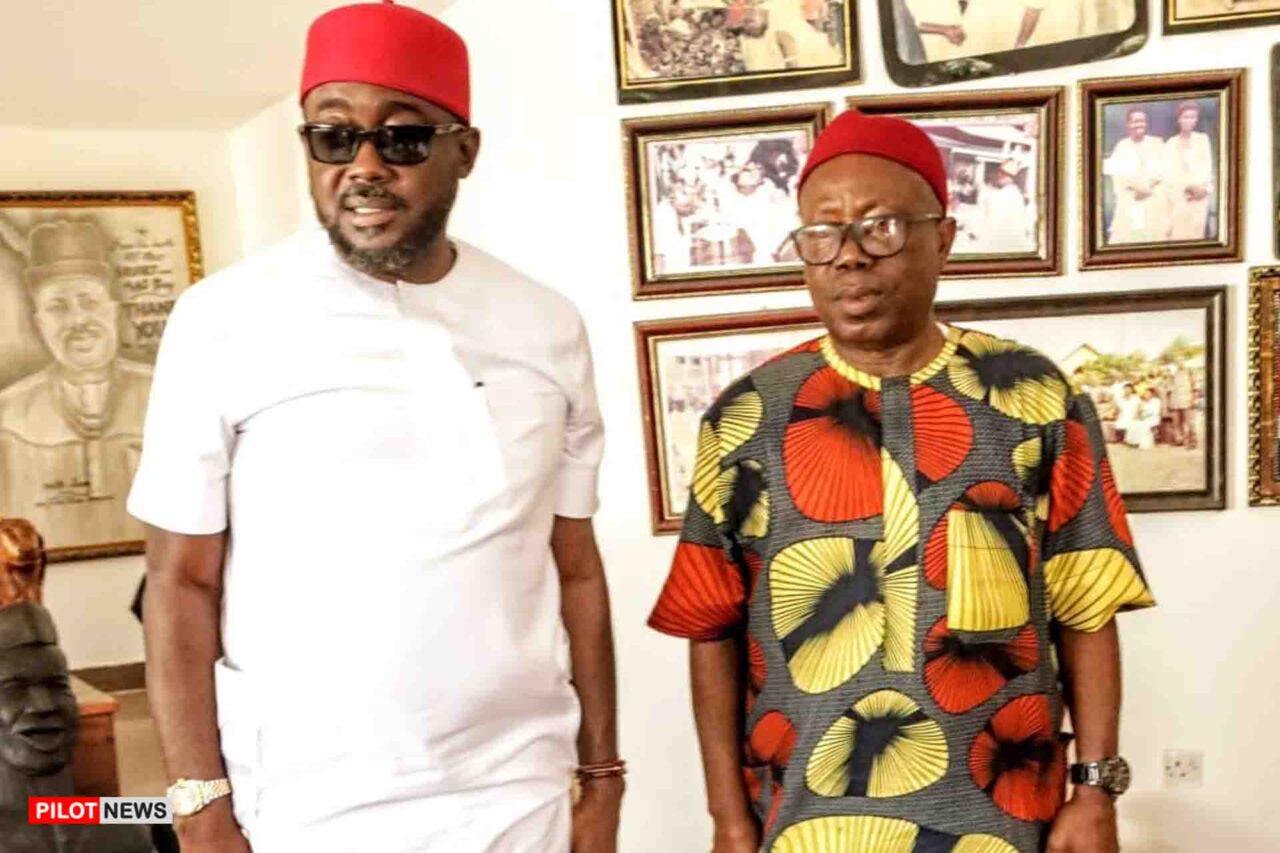 AWKA — Chief Joe Martins Uzodike, a former Commissioner for Information in Anambra state, who served as Special Adviser in old Anambra State, has described the senatorial aspiration of Uzuegbuna Okagbue as proper and timely.

During a consultative call by Uzuegbuna Okagbue, to Chief Uzodike, the former Commissioner who also was the Director-General of Willie Obiano campaign in 2013, said that Uzu is a son and deserves what he is seeking. “You are my son. I know your father. Whatever you are seeking, you deserve it. It is the turn of younger people”, Chief Martins said.

Recalling how he joined the government in 1978, Chief Joe Martins noted that he was employed by Governor Jim Nwobodo at the age of 25 years, and from then, the rest is history. “I was 25 years in 1979 when Governor Jim Nwobodo picked me and made me Special Adviser, then, I was secretary of Football club”.

Speaking on the aspiration of Uzuegbuna Okagbue, Chief Joe Martins said that he knows Uzu very well and was friends with his father. “Uzu comes from a noble family. As far as I am concerned, anybody who served a governor for eight years is ripe enough to do anything. I was only 25 years when I served Jim Nwobodo. He pulled me from nothing. I was secretary of Rangers FC, he pulled me from there and made me an Adviser and I performed. From there, I have risen and eventually served as Chief of protocol to three military governors and so on. So I have been in government and know what it means for youths to occupy positions. I think this is time for our youths. If I performed as 25 years old, how much more. If I see people recycling themselves, I feel annoyed. Our youths must be allowed to perform”.

On Uzuegbuna Okagbue’s competence, Chief Uzodike said, “Uzu is a man with capacity. He has all the capacities. I worked with Obiano and I know he couldn’t tolerate me for just one year. But Uzu worked for eight years, which means that he is quite a stuff to deal with and I encourage him to go on”, Chief Uzodike concluded.