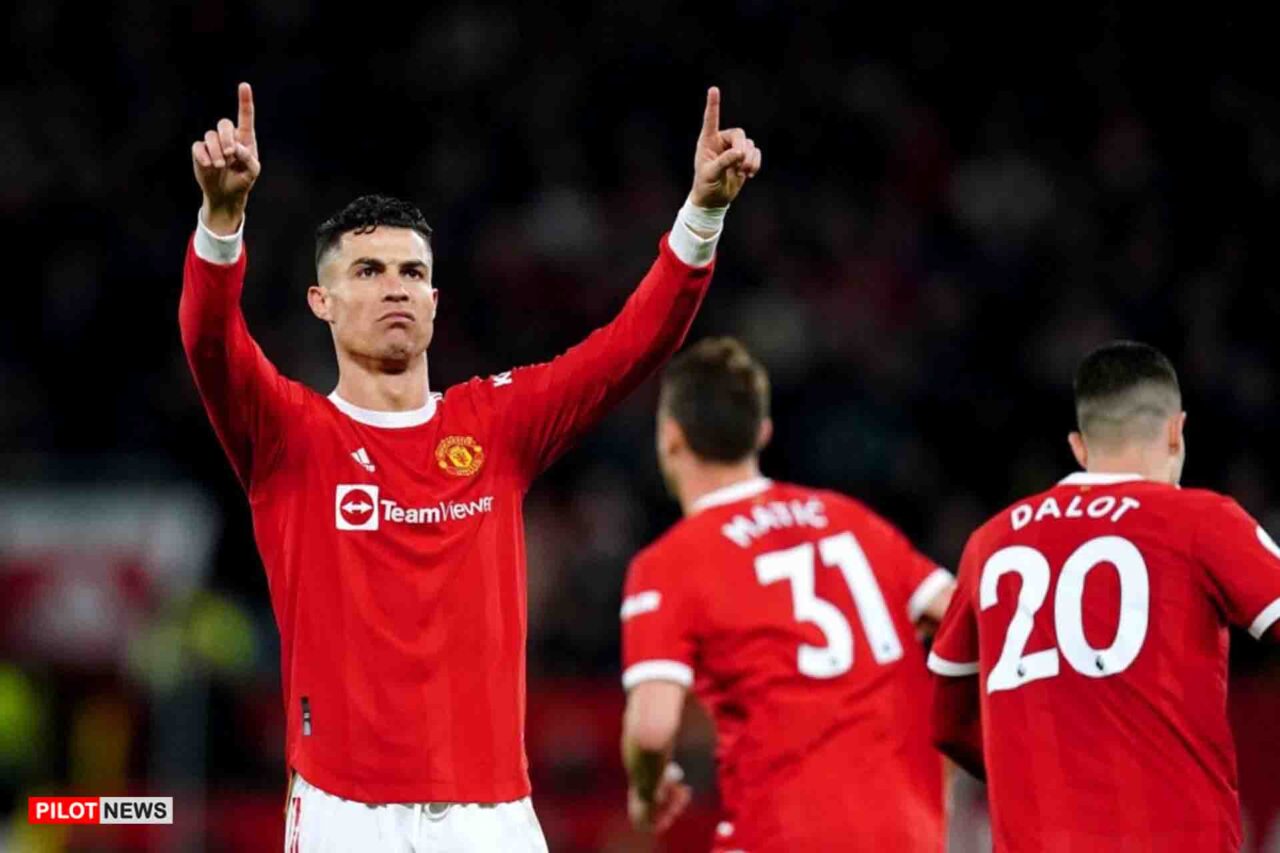 Cristiano Ronaldo scored an excellent equaliser to spare Manchester United a third successive English Premier League defeat as they drew 1-1 at home with Chelsea on Thursday.

Ralf Rangnick’s side lost their previous two games to Liverpool and Arsenal by an aggregate score of 7-1.

But while the performance on their return to Old Trafford was by no means impressive, they at least avoided another loss.

In spite of a dismal first-half showing in which their midfield was routinely cut open, Manchester United somehow made it until the break without conceding.

But Chelsea’s deserved breakthrough did arrive via Marcos Alonso with an hour played.

However, Ronaldo —- who has been responsible for five of their six Premier League goals this month —- swiftly restored parity against the run of play.

Chelsea dominated the first half almost from start to finish, with a brief moment of Manchester United pressure culminating in Ronaldo putting a close-range bicycle kick over.

Otherwise, Manchester United had to rely on wasteful Chelsea finishing and David de Gea to keep the scoreline level.

The Spaniard crucially blocked Kai Havertz’s goal-bound effort with his midriff after the Blues carved through the hosts with ease.

Manchester United needed to win all of their final four matches to better the 64 points they managed in 2013/2014.

This has been the fewest they have ever recorded in the Premier League.

But Thursday’s stalemate means 64 is now the best they can do this term.

Given everything that has occurred in 2021/2022, few would bank on them winning their final three matches.

A new record-low points total would be fitting for what has been a dreadful season at Old Trafford. (NAN)