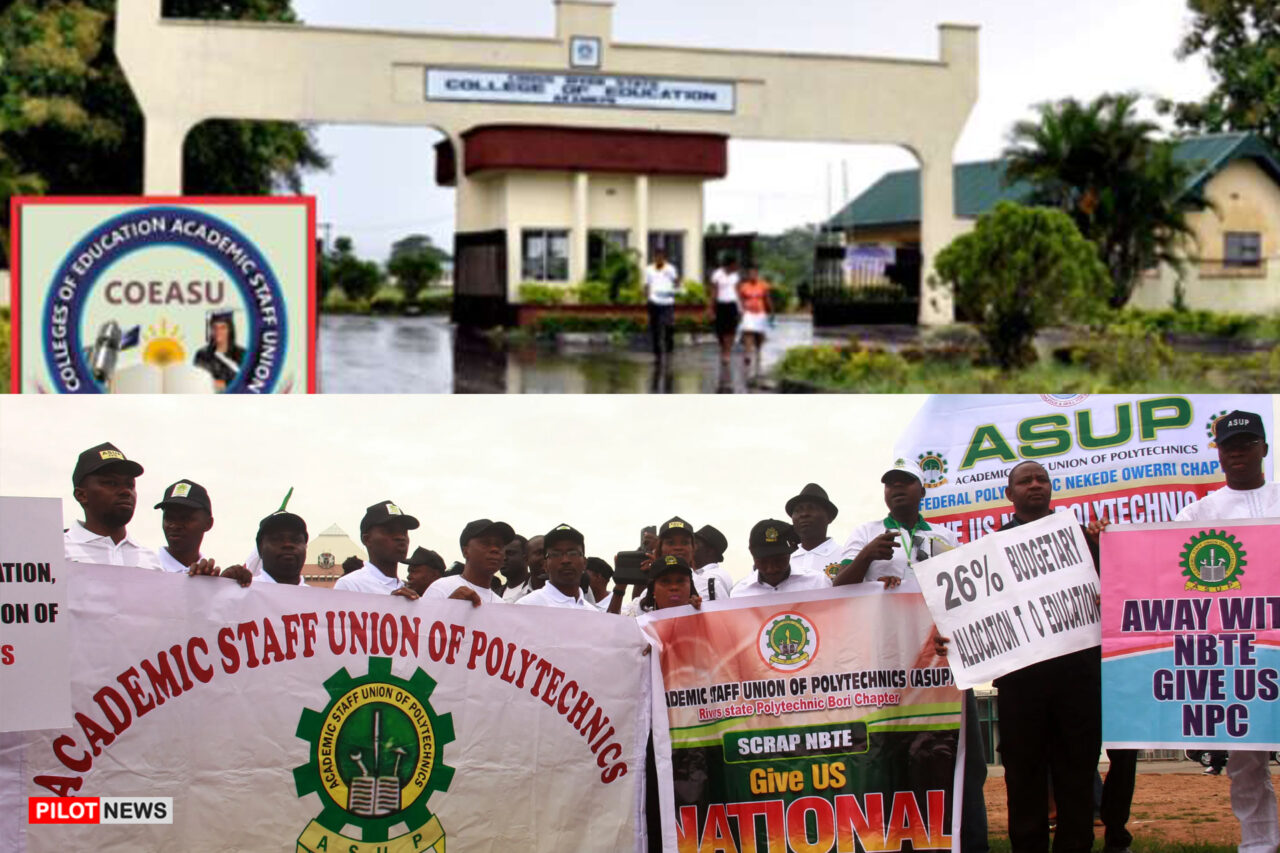 ABUJA — The National Executive Council (NEC) of the Colleges of Education Academic Staff Union (COEASU) has given the Federal Government a 21-day ultimatum to address the union’s demands else it will embark on industrial action.

President of the association, Dr. Smart Olugbeko, and the General Secretary, Dr. Ahmed Bazza, in a statement made available to newsmen in Abuja, said after extensive deliberation, the NEC of COEASU resolved the ultimatum beginning on May 9.

It said that the NEC further resolved that in the unexpected event that government fails to do the needful within the period of the ultimatum, the union would declare appropriate industrial action.

Part of the statement read: “The National Executive Council (NEC) of our great union convened at Federal College of Education, Okene, Kogi State on May 6 to compile the outcome of the referendum conducted across all chapters nationwide

“The NEC observed, with consternation that the FG has been ridiculously unfair to the union by taking the understanding shown over time for granted and leaving issues unaddressed, in spite of the union’s entreaties.”

“Ridiculously, the FG has refused to constitute her own renegotiation team after acknowledging receipt of our union’s team list on her own request for over two months now.

“Government has refused to accede to our demand for the fulfillment of her own pledge of N15bn revitalization fund.

“Apart from being a far cry from N478bn, being the outcome of the 2014 Presidential Needs Assessment across public COEs, the delay in its release has made nonsense of the value due to inflation.”

The Association called on well-meaning Nigerians and stakeholders in the tertiary education sector to prevail on government to urgently take appropriate actions before the ultimatum lapses.

The statement added that the dilly-dallying posture of government to renegotiation of COEASU-FGN 2010 Agreement remained unaddressed.

It said that the long-anticipated renegotiation of COEASU-FGN 2010 agreement holds enormous promise for mutual resolution of several challenges bedeviling the COE system as the FG has refused to accord the exercise deserved priority.

The statement denied media reports quoting the Minister for Education, Malam Adamu Adamu as having said on various public occasions that the revitalization fund had been released by the Federal Government.

On funding of COEs and poor conditions across state-owned COEs, the statement said that the sector had continued to suffer untold hardships through non-payment of salary and salary arrears as well as refusal to implement the statutory salary structure in full.

“Uptill the end of March, 1,219 lecturers in COEs are experiencing one problem or the other with IPPIS.

“COEASU has demanded the adoption of the University Transparency and Accountability Solution (UTAS), an alternative innovation of the Academic Staff Union of Universities (ASUU).

“UTAS has been found superior to IPPIS as it has the capacity to address our payroll security concerns and the peculiarities of tertiary institutions.”

“Many colleges find it difficult to run smoothly due to non-release of running costs by government.

“Many state governments have abdicated their responsibility as proprietors to TETFund, as the only projects you see in the colleges are TETFund projects.”