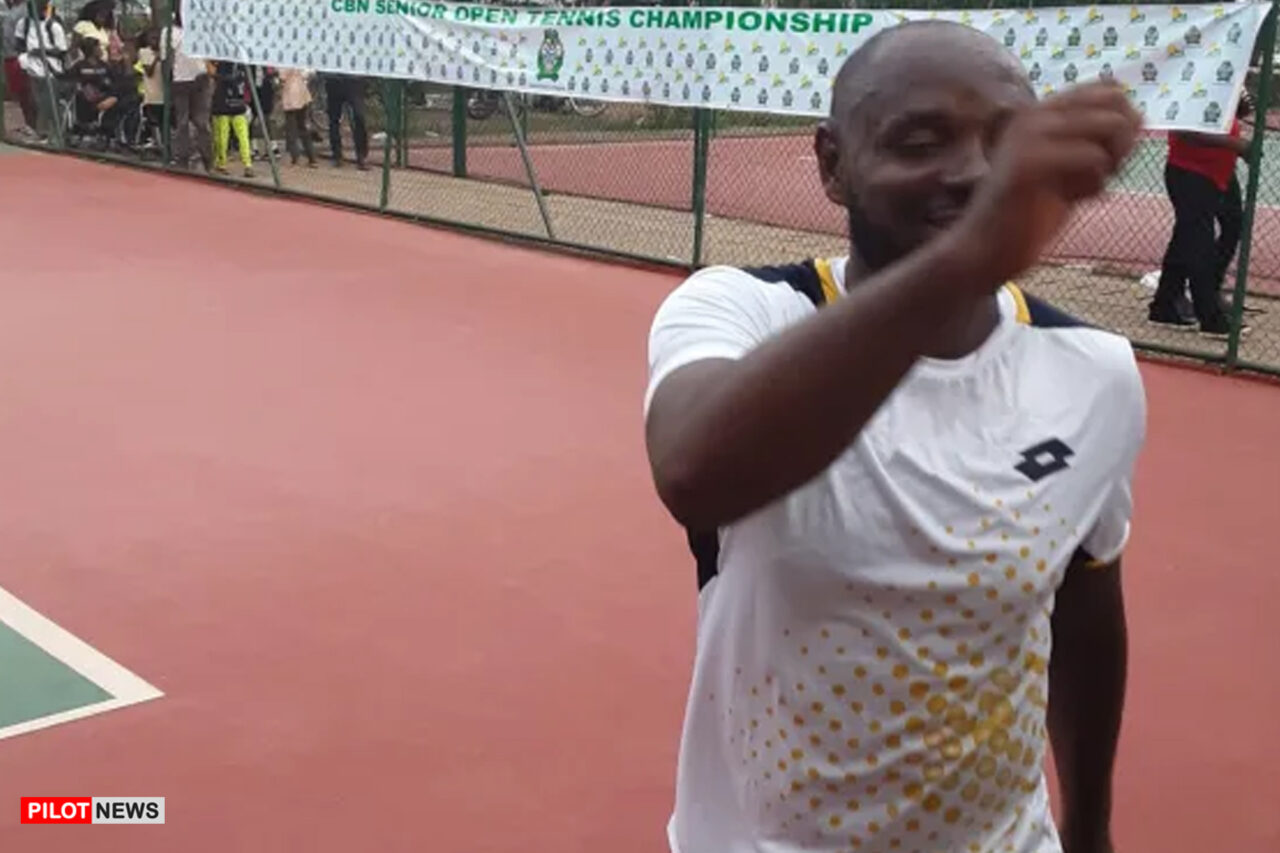 The News Agency of Nigeria reports that Madueke, who was trailing his opponent after the first set, bounced back in the next two sets to claim the championship’s top prize.

After losing 2-6 in the first set, Madueke stormed back to win 7-6(10) in the second set, before Atseye retired injured at 0-2 down in the third set.

Tournament’s number one seed Atseye had come into the game with a lot of confidence after an energy-sapping 4-6, 7-6(6), 6-4 victory against Wilson Igbinovia in the semi-final.

The 18-year-old Igbinovia’s dream of a second championship win within the space of two weeks after winning the second edition of the DavNotch Open was cut short earlier on Saturday.

Tournament’s number four seed Madueke, on the hand, had quite an easy ride to the final as he dismissed unseeded Friday Gabriel 6-0 6-0 in the other semi-final encounter.

Atseye was still expected to dominate the game, in spite of the fatigue element, and he did not disappoint as he quickly went on the front foot, employing an aggressive approach in the first set to take it 6-2.

Madueke, however, shook off the early nerves and got his game back on track as he regained control in the second set to take it 7-6(10) after a long rally which dragged the game late into the night.

A physically-exhausted Atseye tried very hard to push himself to the limits and sustained a serious injury in the process.

It saw him retiring early in the third set to concede the game to Madueke.

“It was not an easy match, but I knew that as long as I kept on fighting, I was going to scale through.

“We both had to play two consecutive matches today and even though my opponent’s semi-final game was quite tougher than mine, I knew that I couldn’t rest on my oars.

“I had to keep pushing and stay focused. Thank God I had the victory at last,” an elated Madueke said.

The 44th edition of the CBN Senior Tennis Tournament ended on Saturday.(NAN)

COVID-19 Is Not Over, WHO Warns