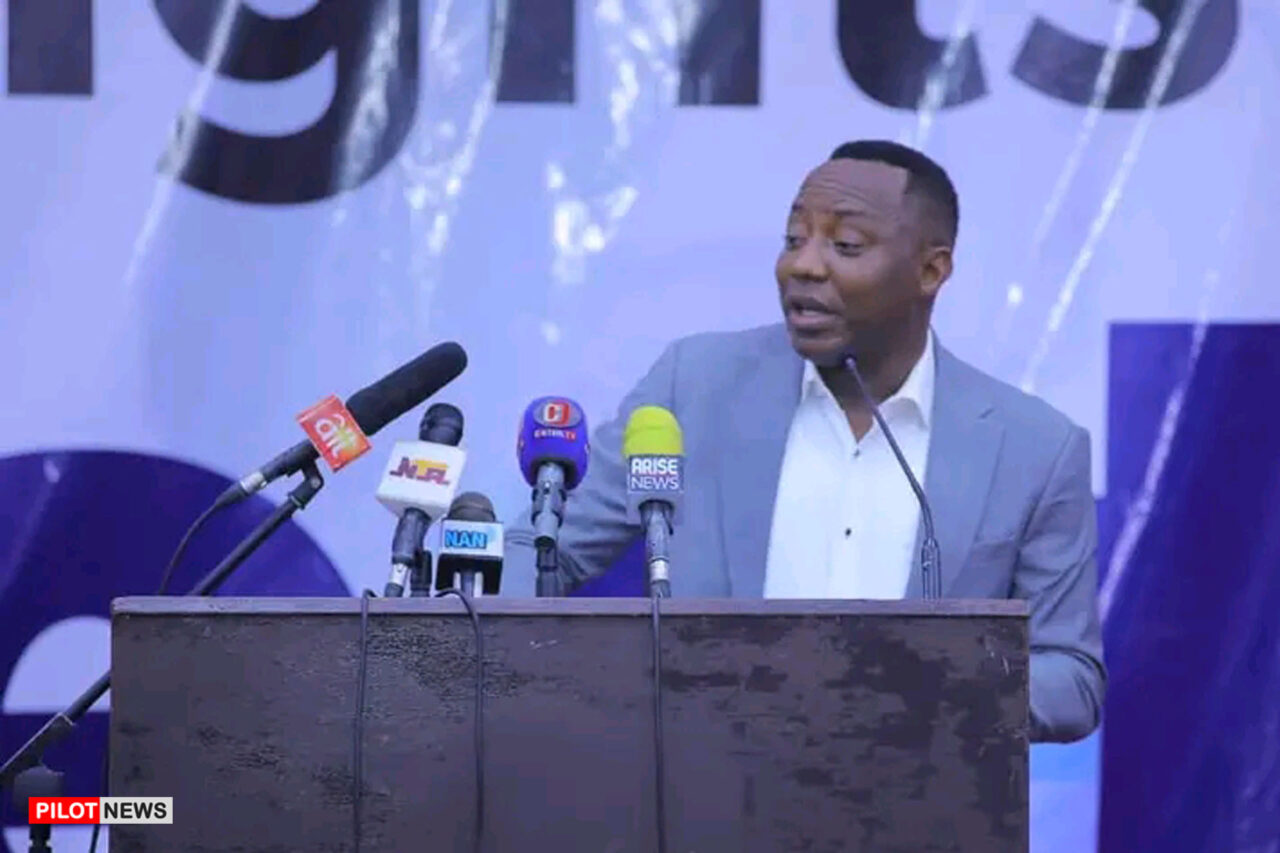 Omoyele Sowore, the presidential candidate of the African Action Congress (AAC) says he will legalise the sale of cannabis if elected to succeed President Muhammadu Buhari on 25 February.

Speaking during an interview session at Agidigbo FM in Ibadan, the Oyo State capital on Thursday, Sowore explained that his mission to legalise cannabis is because of its commercial value.

He said the substance is being abused in the country because it is not legalised, adding that despite being outlawed, cannabis is being taken by many Nigerians including pastors and alfas.

Sowore said, “There are some weeds on earth, there are reasons why God created them for example, cannabis. If you take it the right way, it will increase your thinking. I am not taking it but I will legalise it. It is not that you should abuse it.

“In fact, the non-legalisation of cannabis is why people abuse it. There is no place you will reach in Nigeria where you won’t be able to buy cannabis if you want it. They are selling it in the mosque, in the church. Pastors are taking it and Alfas (Islamic clerics) are also taking it.

“If you want to buy good cannabis, you will get it from NDLEA (National Drug Law Enforcement Agency). If you know how much they are making from cannabis in this country, you will marvel.”

Sowore said if the cannabis-producing states in Nigeria export the substance to foreign lands since it is highly sought after because of its medicinal value, it will help in the diversification of the country’s economy.

“But what we are saying is that why are you burning cannabis when your budget is N21 trillion? And you are burning cannabis worth N1.5 trillion yearly. Why can’t you sell it to those foreign countries that use it for drugs? They need it for people suffering from arthritis or cancer,” he continued.

“The component that is making people high is just three per cent. The rest is medicine, it is money. Canada is making over $4 billion from cannabis. If Ondo, Edo, Sapele in Delta and Ekiti are exporting cannabis, they will not be requesting oil money in Abuja.”

Although cannabis is illegal in Nigeria, the country is a major source of West African-grown cannabis and the world’s third-largest consumer of cannabis. It is widely grown in Lagos, Edo, Delta, Osun, Oyo, and Ogun states.