This development will come as tremendous relief to millions of Nigerian who suffer from highly inadequate power supply to their homes or businesses.

Something with potentially major transformative significance happened in Nigeria this week but it’s not getting much notice. It’s about power supply and electricity generation.  Obviously, this is not the kind of news that goes viral on social media or mainstream media. But it happened.

And though President Mohammadu Buhari was never a gentle presence on the Nigeria political stage, in the past five years, the general turned politician has managed to astound both supporters and foes alike by being something of a chilly enigma—particularly on matters Nigerians are habitually known to savor with exuberant zeal: politics and policy, and other sordid postulations on the manner and nature of political machinations.  But here is the president doing something important for the future of Nigeria and, of course, the history books.

After decades of countless memoranda of agreements and contracts to will Nigeria out of the shameful, corruption-induced stupor of epileptic power supply, Siemens AG, the German global business conglomerate, and Nigeria, have announced a three-phased power generation, transmission and distribution agreement that will yield 25,000 megawatts (MW) of electricity by 2025.

Siemens, in a statement on Thursday, July 30 stated that 11 DISCOs, Transmission Company of Nigeria (TCN), and regulators would be trained on all the equipment and software being provided in phase 1.

Though the finer details of the total agreement which is estimated to cost N1.7tn are yet to be revealed, Siemen’s Global CEO Joe Kaeser was emphatic and assuring during a State House briefing in Abuja announcing the agreement.  The training is part of Phase 1 pre-engineering contract which eventually would result in the generation of 25,000 megawatts (MW) of electricity from the current average of around 4,500 MW.

This development will come as tremendous relief to millions of Nigerians who suffer from highly inadequate power supply to their homes or businesses. And considering that Nigeria has been generating electricity for over a century, yet supply remains meager and epileptic.  A complete government monopoly all these years, it was not till 2013 that two segments of the value chain –generation and distribution were privatized to resolve the perennial challenges of power generation, transmission, and distribution.

Nigeria is a nation of about 200 million people according to the World Bank statistics on population and electricity. And over 40 percent of that number is not connected to the power grid. We are told that Nigeria has the largest economy in Africa; even larger than that of South Africa which has a population of 48 million but generates 35,000MW out of an installed capacity of 52,000MW.

This significant development of Nigeria and Siemen Electricity Agreement signals a new policy approach by the beleaguered Government of President Muhammadu Buhari to change the narrative of a barrage of negative reports of increasing killings, kidnappings and rape in northwestern, northcentral, and northeastern Nigeria.  In recent weeks, news report of wanton corruption involving billions of Naira by senior ministers and head of government parastatals has become as concerning as rumors of Buhari losing control of the realm of power following the death his powerful Chief of Staff Abba Kyari.

This is developing…I’ll circle back with you, so watch out for things –surprising –unbecoming from Nigeria’s enigmatic president. 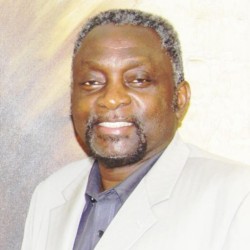 Chris Ulasi
Professor CHRIS CHINWE ULASI has been a professional communicator, scholar and researcher for more than twenty-eight years. Dr. Ulasi, a screenwriter, producer, and poet was journal editor and book editor of the Journal of Nigerian Affairs from 1993-1996.