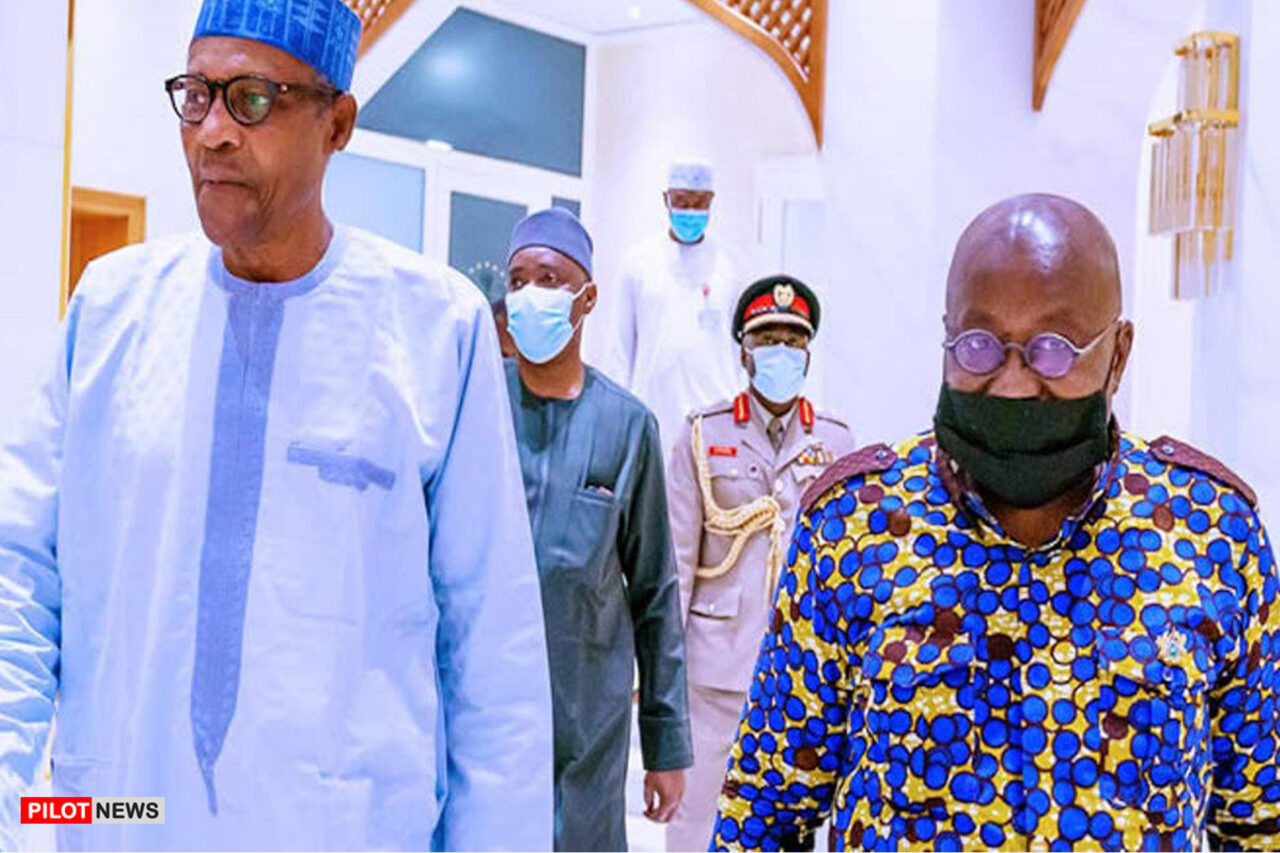 This was disclosed by Buhari Sallau, President Buhari’s Personal Assistant on Broadcast Media.

It was earlier gathered that Akufo-Addo earlier addressed his countrymen in a nationwide broadcast on Monday.

Details of the meeting were not known as of the time of filing this report.

However, many shops of Nigerian traders in Ghana were recently shut following the imposition of $1m on them by the government of the West African country.

Also, Nigeria and Ghana, in the last few months, had been in a diplomatic row, following a number of issues, including the seizure and demolition of a building in the Nigerian Embassy in Accra.

The Speaker of Nigeria House of Representatives, Femi Gbajabiamila, last month, met with the Speaker of Ghana’s parliament to discuss the fate of Nigerians living in Ghana while on what he called “legislative diplomacy” trip to the country.

More so, issues of $1m levy imposed on traders from Nigeria by the Ghanaian authorities was part of the agenda when Vice President Yemi Osinbajo held a meeting with representatives of the Nigerian community in Ghana on September 15.

Through the Minister of Information and Culture, Alhaji Lai Mohammed, on August 28, the Nigerian government listed several atrocities committed by the Ghanaian authorities, warning that the government would no longer tolerate such suggestion.

In an expected game of trading blame, the Ghanaian government on August 30, 2020, responded to the allegations, while accusing the Nigerian government of being the aggressor.

In a statement, the Ghanaian Minister of Information, Oppong Nkrumah, a member of the parliament, stated that Nigeria first took a step of shutting its borders against other West African countries.

PDP Vows to Replicate Edo Victory in Lagos in 2023 Election