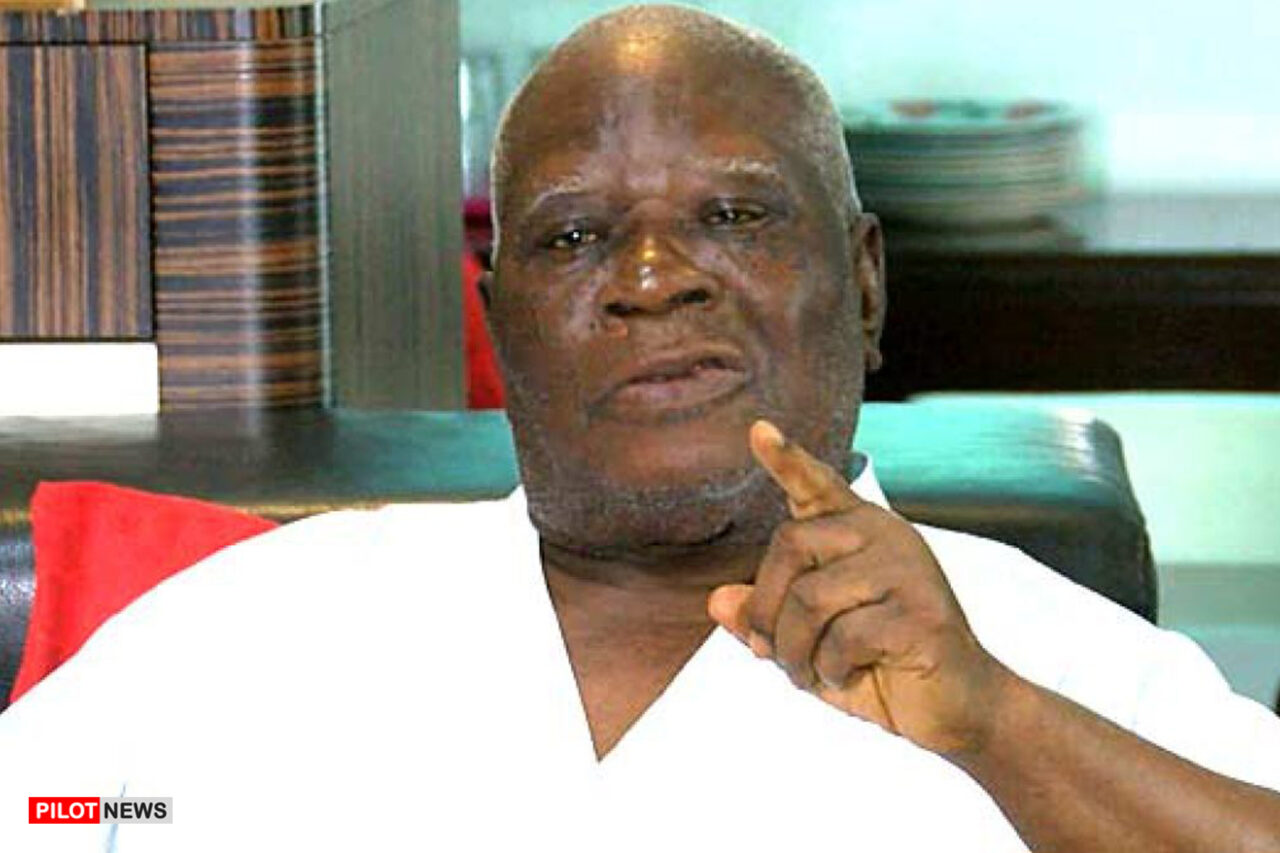 According to him, Ayu is no longer fit and proper to retain his position as the national chairman of the PDP.

He said, Even much worse, in the extreme, was the action of the National Chairman of the PDP, Senator Iyorchia Ayu, in his open visit to Governor Tambuwal to congratulate and hail him, in his words, as “the hero of the convention.

“This clearly reveals his partiality and predilection in the processes leading to the baffling conclusion of the PDP presidential primary. His undignified and parochial conduct, to please his northern principals, is not only a big disgrace to the office he occupies but, also, a sad display of lewd subservience to the political subjugation of one ethnic group, in a diverse country like Nigeria.

“We had earlier suspected that he was in favour of a Northern candidate, when on the day of his inauguration as national chairman, last year, he, needlessly, said during his speech, that he would resign if a Northerner emerged as the presidential candidate of the party.

“Senator Ayu has failed to realize that what we are fighting for affects all minorities in Nigeria. The Southern Nigeria relationship with the Middle Belt is well established, dating back to the First Republic, during the period of Dr. J. S. Tarka, from today’s Benue State, a founding member of the then, United Middle Belt Congress, and the strong alliance with Chief Obafemi Awolowo’s Action Group.

“Senator Iyorchia Ayu’s appalling, thoughtless and unpatriotic public conduct bears grave negative consequences. He should, therefore, no longer consider himself fit and proper to retain his position as the National Chairman of the People’s Democratic Party PDP, and should resign now.

“I decided to issue this press release because of the worrying occurrences in our polity vis-a-vis the dappled party primaries being conducted, across the country; the reported outrageous financial inducements of delegates and the cynical dollarization of the electoral process.

“These happenings give strong warnings of, more likely, deleterious outcomes of the 2023 general elections, mainly the Presidential, and their aftermaths.

“Most disturbing is what happened at the special national convention of the Peoples Democratic Party, in Abuja, on Saturday May 28 2022. I followed the live broadcasts of the proceedings, keenly, until about 12.30 am on Sunday 29. I was quite impressed by the efforts of the convention committee, which was headed by former Senate President, Senator David Mark, and his assistants, particularly, the Governor of Bayelsa State, Senator Douye Diri.

“But, sadly, the outcome of the election leaves much to be desired; it was very unjust and rather unwholesome. It will definitely impact severe, adverse ramifications on the future unity of the country.

“I was alarmed by the outrageous and Machiavelli manner in which Alhaji Aminu Tambuwal, Governor of Sokoto State, was so apparently “arranged” to announce his withdrawal from the contest, at the last minute; his speech changed the mood of the event.

“That was done in order to foist another Northerner as the party’s flag bearer; having regard to the fact that Governor Aminu Tambuwal was the only aspirant from the whole of the North West, which had about 192 delegates at the convention.

“What Tambuwal did was not only dishonourable but also a serious electoral abnormality and a tragic betrayal of national patriotism for hidebound interests.

“Another Northern aspirant, Mohammed Hayatu-Deen, a businessman from Borno State, had, earlier, also suddenly, withdrawn from the contest, citing its obscene monetization as his reason; but we now know better. It is now widespread understanding that there were pressures mounted on Governor Bala Mohammed of Bauchi State, and former Senate President, Senator Bukola Saraki, to also withdraw, while Tambuwal deliberately delayed his action till the last minute. By so doing, unduly swept his North West votes to Atiku Abubakar.

“One can now appreciate the reasons given by Peter Obi for his withdrawal from the PDP, both as a member, and as an aspirant, few days before the party’s primary. And I would think that what he did was, without doubt, in respect, or obedience, to the position of the Southern and Middle Belt Leaders’ Forum.

“Unfortunately, some aspirants from the South believed that, with the resources and facilities at their disposal, their Elders no longer matter, and disregarded, with impunity, the patriotic advice on the need to be steadfast on the position of the zoning of the Presidency to the South. They never minded that what we have been advocating was in their interest. They proved themselves to be selfish and arrogant, and thought they could win on their own steam. They failed; I can only hope that they have, now, learned their lessons.”