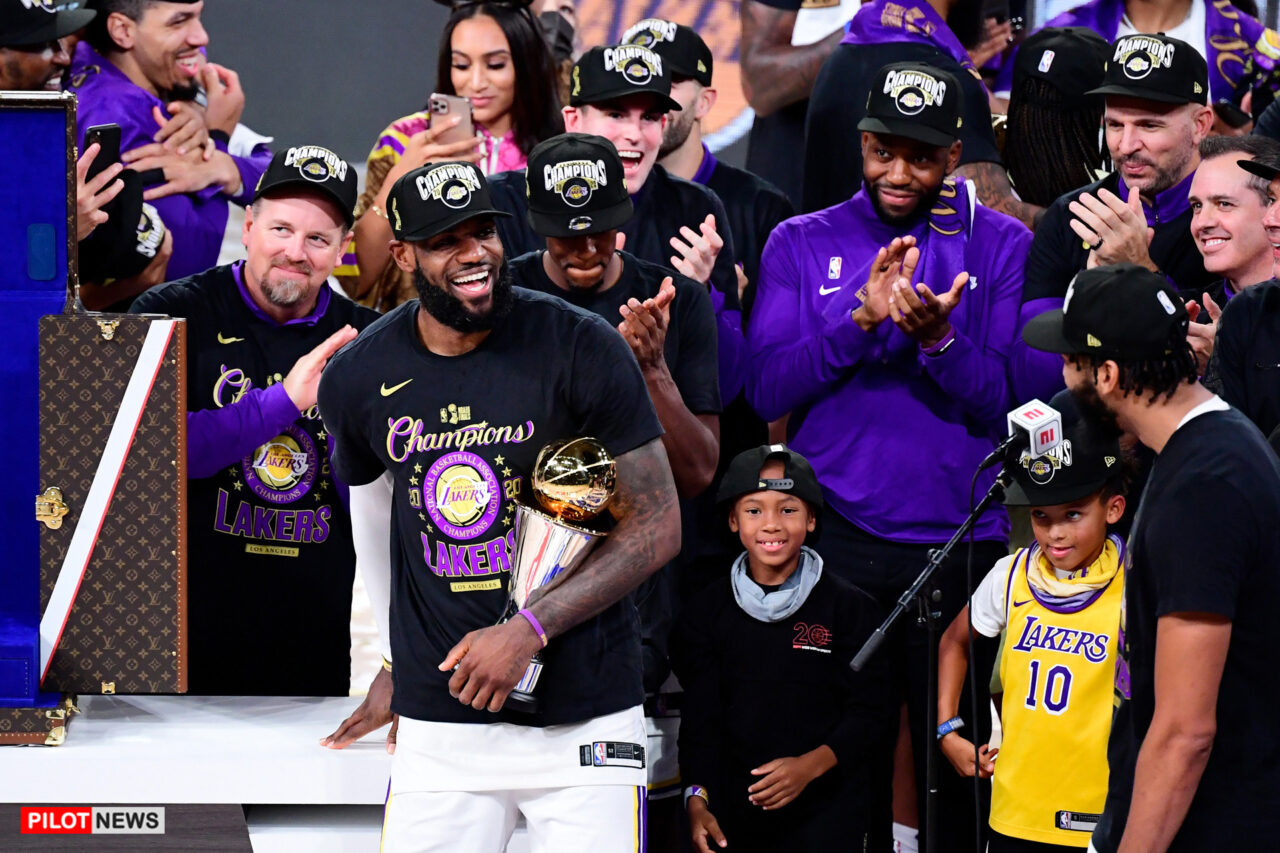 The Los Angeles Lakers captured a record-tying 17th NBA Championship on Sunday with a 106-93 victory over the Miami Heat that sealed the best-of-seven title series 4-2, restoring the storied franchise to the top of the basketball world.

The Lakers’ victory tied them with the Boston Celtics for most NBA championships and capped an unprecedented season that resumed in July at a spectator-free campus at Disney World in Florida after a four-month COVID-19 shutdown.

Finals MVP LeBron James led the way for the Lakers, scoring 28 points, 14 rebounds and 10 assists while spearheading a defensive masterclass that doused the Heat’s offense.

The Lakers, who won their first title since 2010, also got a key contribution from Rajon Rondo as the veteran point guard delivered an early offensive burst that helped them to a 28-point halftime lead and the Heat never threatened again.

“It means a lot to represent this franchise,” said James, who joined the team in the summer of 2018 after they had missed the playoffs five seasons in a row.

“I told (Lakers president) Jeanie (Buss) when I came here that I was going to put this franchise back in the position where it belongs.

“And I want my damn respect too.”

The championship win ends a more than 90-day stay for the Lakers inside the NBA’s bio-secure bubble.

It also marked the end of an emotional season for the franchise after Lakers great Kobe Bryant died in a helicopter crash alongside his 13-year-old daughter Gianna and seven others near Los Angeles in January.

Racial justice issues were front and centre since the NBA restarted, with players wearing slogans like “Vote” and “Education Reform.”

The death of George Floyd, a Black man, in police custody in Minneapolis in May, sparked nationwide protests and renewed calls for reform among players and the public.

“We all want to see better days and when we leave here, we have to continue to push that,” James said.

“If we continue to do that – all of us – America will be a much better place.

“We all love this country.”