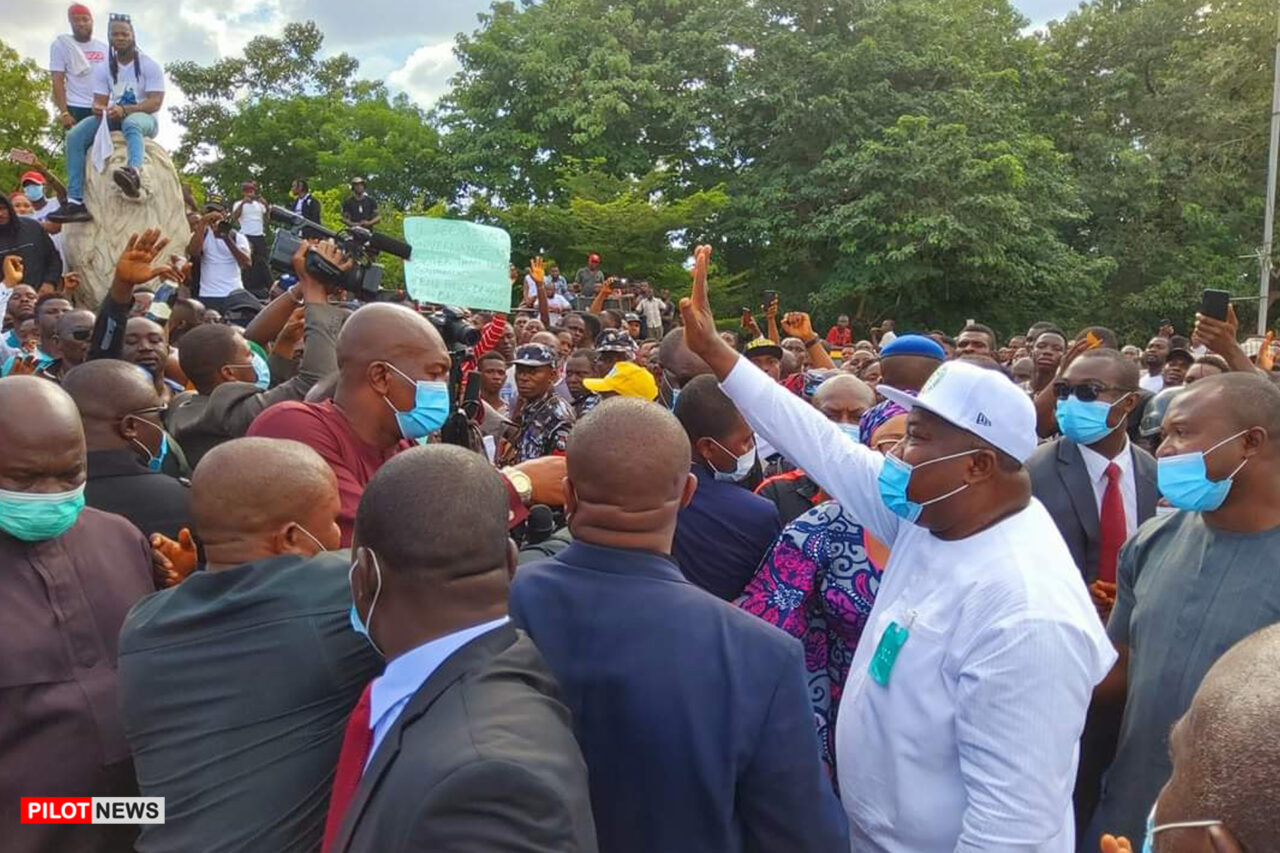 The Enugu State Governor, Ifeanyi Ugwuanyi, on Saturday addressed youths in the state who were protesting against police brutality in the state and country at large.

In his address, he announced that his administration has set up a Judicial Panel of Inquiry to investigate complaints of police brutality or related extra judicial killings, as demanded by the protesters.

The panel he said will be chaired by a High Court Judge with two representatives of the Civil Society Groups and one retired Police Officer of high repute as members.

Other members of the panel include a representative each of Youths, students, State Attorney General and the Human Rights Commission.

“The panel is saddled with the responsibility of receiving and investigating complaints of police brutality or related extra judicial killings; evaluate evidence presented/other surrounding circumstances and draw conclusion as to the validity of the complaints and then recommend compensation and other remedial measures where appropriate,” Gov. Ugwuanyi reiterated.

“We have also resolved to set up complaints commission which the public can relate to by telephone or social media channels”, the governor said.

“I cannot appreciate Ndi Enugu enough for their overwhelming support in 2019. I was re-elected into office with an unprecedented 95.54 percent of the valid votes cast and I am committed to fulfill all my campaign promises despite the current national challenges,” said Ugwuanyi.

Ugwuanyi further applauded the protesters, led by two prominent artists, Flavor and Phyno, for the peaceful nature of the protest and expressed solidarity of the government and the people of the state to this cause.

Recall that on the first day of the #EndSars protest in Enugu on Tuesday, Mrs. Cecilia Ezeilo, Deputy Governor addressed the protesters with a promise that the State Government will address their demands.

The Other Side of the Attack on the Osun State Governor, and the Politics