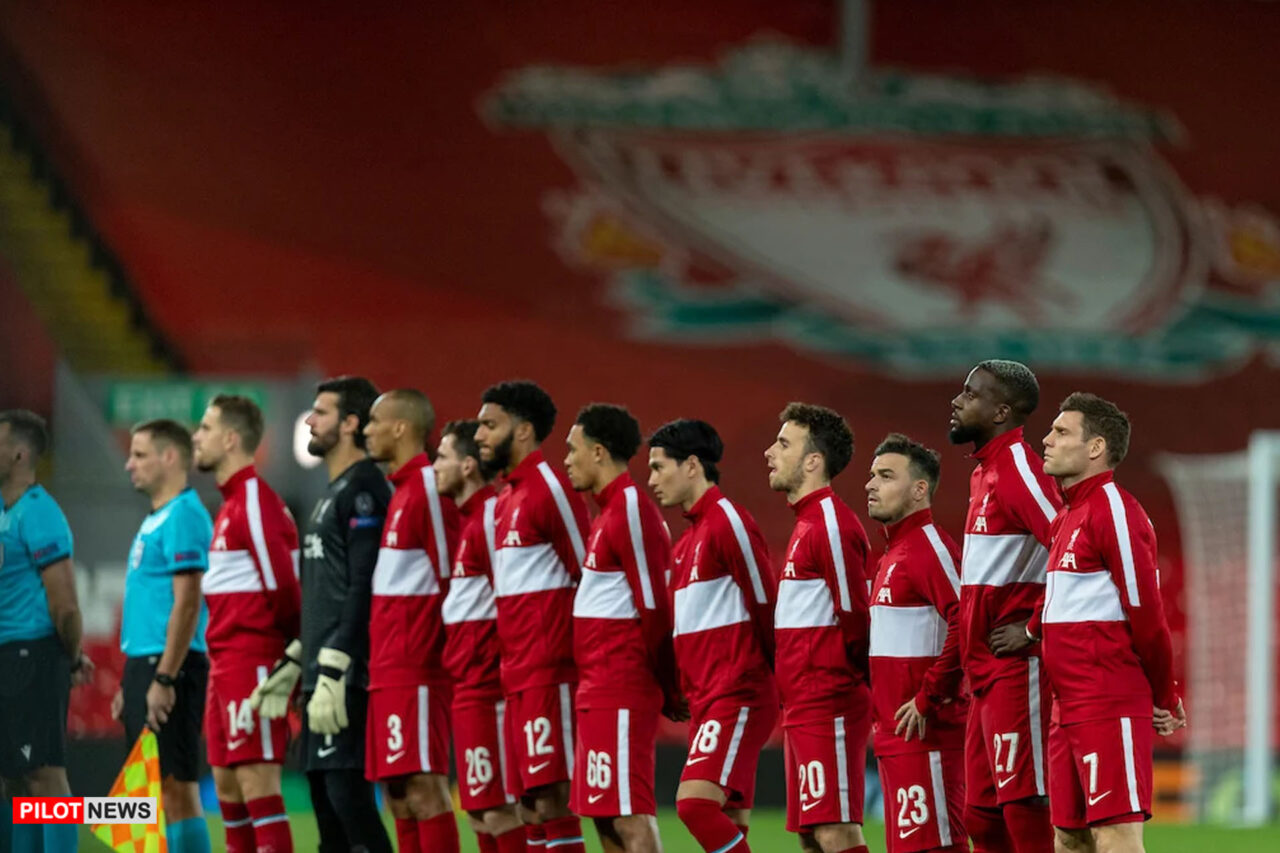 Liverpool laboured to a 2-0 win over Denmark’s Midtjylland on Tuesday to secure a hard-fought UEFA Champions League Group D victory at Anfield.

Goals from Diogo Jota and a Mohamed Salah penalty kick secured victory for the 2018/2019 champions.

The win came at a cost, however, as Liverpool manager Juergen Klopp suffered another defensive blow.

Brazilian Fabinho who has been a cover for others in the central defence position limped off in the first half with what appeared to be a hamstring injury.

Fabinho had been deputising for central defender Virgil van Dijk, who is out with a long-term knee injury, and he was replaced by 19-year-old Rhys Williams.

“It is exactly the last thing we needed,” said Klopp, who added that the seriousness of the injury would not be known until after a scan.

He praised Williams for the composed way in which he coped with being thrown into the game.

Liverpool made a slow start and suffered an early scare when Anders Dreyer broke through the middle but shot straight at goalkeeper Alisson.

With Klopp having rested his usual front three and given starts to Jota, Divock Origi and Xherdan Shaqiri, Liverpool struggled to break down the determined Danes.

The breakthrough came in the 55th minute when after a swift exchange with Shaqiri, Trent Alexander-Arnold crossed low to Jota who had a simple tap-in.

The goal was Liverpool’s 10,000th in all competitions.

Substitute Roberto Firmino should have settled the contest near the end, but blasted over the bar after more good work from Alexander-Arnold.

Then Dreyer had the best chance of the game when he jinked into space in the Liverpool penalty box but, with Alisson to beat, he could only find the side-netting.

Salah made sure of the win, in stoppage time, from the penalty kick spot, converting after he had been brought down by Paulinho inside the box.

Liverpool have the maximum six points from their opening two games while Midtjylland are yet to get off the mark.