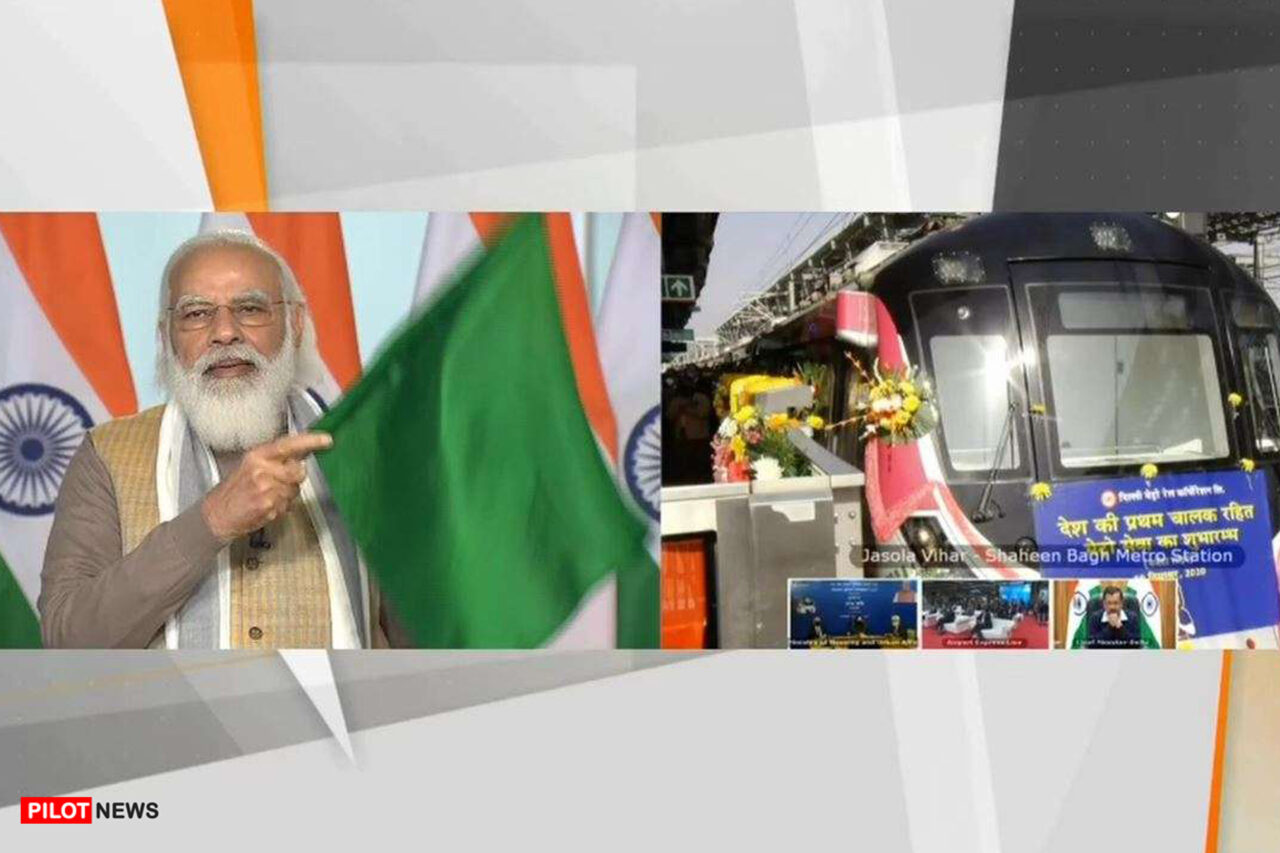 “The inauguration of the first driverless metro train shows how fast India is moving towards smart systems. Today Delhi Metro is being connected to the National Common Mobility Card.

”There was not much attention about the needs of the future, half-hearted work was done, confusion persisted.

“Unlike this, modern thinking says that urbanisation should not be seen as a challenge but an opportunity. An opportunity in which we can build better infrastructure in the country.

”An opportunity through which we can increase ease of Living. This difference of thinking is seen in every dimension of urbanization,” he said.

The Prime Minister recalled that in 2014, only five Indian cities had a metro rail, but noted that metro rail services were available in 18 cities today.

Modi also said that in 2014, only 248 km of metro lines were operational in the country, but noted that the lines had increased to more than seven hundred kilometres.

The Prime Minister said that it would be expanded to 1700 kilometres by the year 2025.

”These are not just figures; they are proof of Ease of Living coming in the lives of Indians.

“This is not just infrastructure made of brick and stone, concrete and iron, but are evidence of the fulfilment of the aspirations of the citizens of the country, the middle class of the country.

“Our government formulated the metro policy and implemented it with an all-round strategy.

”We insisted on working according to local demand, we emphasised on promoting local standards, ‘Make-in-India’ expansion, the use of modern technology,” he said.

Gambia Calls on Sahel Leaders to Address Causes of Migration