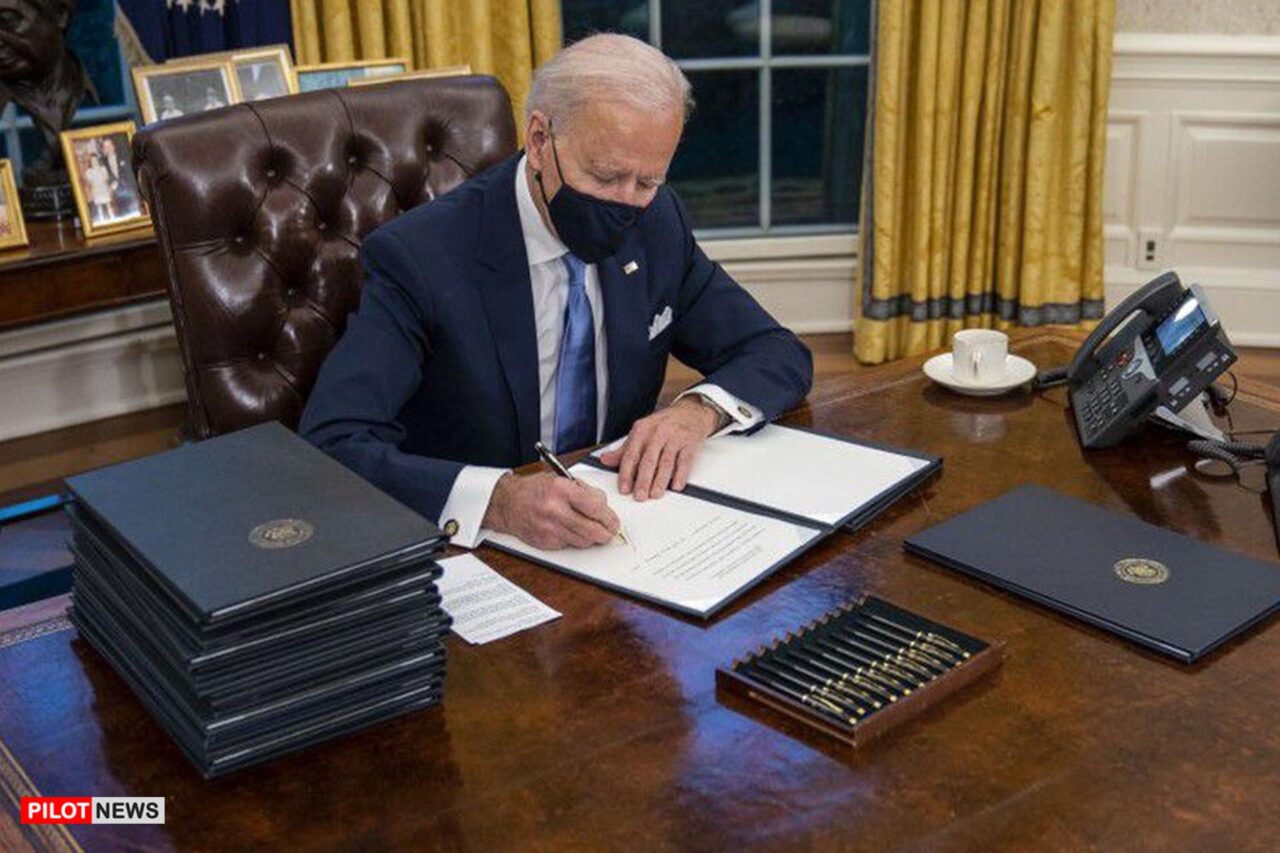 The United States President, Joe Biden, on his first day in office signed some executive order, thereby, lifting the immigrant visa ban on Nigerians by his predecessor, Donald Trump.

This is coming after the Nigerian government has given deadline to Nigerians to get National Identity Number (NIN) amidst the rising number of COVID-19 cases in the country.

The US President, as reported by Bloomberg, also reversed the systemic ban placed in citizens of Muslim populated countries such as Yemen.

The US former President, Donald Trump, had cited Nigeria’s lack of robust database for the ban in last year February. The American Ambassador to Nigeria, Mary-Beth Leonard, mentioned at the time that Nigeria must improve on its data intelligence for easy investigation of its citizens who are willing to migrate to the US, if the ban were to be lifted.

In addressing the complaints of the US, the Nigerian government set up a committee on Citizen Data Management and Harmonization, who recommended the recent push for all Nigerians to register with the National Identity Management Commission and obtain NIN.

With reversal of Trump’s executive order, Nigerians can now apply for the US Green Card.

The report of Bloomberg reads in part, “The ban that Biden ended, blocked entry to most people from Iran, Syria, Libya, Yemen, Somalia, and North Korea. It also restricted immigrant visas for people from Nigeria, Kyrgyzstan, Myanmar, and Eritrea as well as for certain others from Venezuela and Tanzania.”

The US President on his first day in office began the reversal of his predecessor’s immigration policies, he rolled back some of the most controversial actions of Trump and charted a new course for the nation.

One of such is that he signed an executive order ending restrictions on travel and immigration from some Muslim dominated countries. The order directed the State Department to resume visa processing for those countries and develop a plan to address the affected persons, like those who were denied entry into the US.

He also ordered the reviews of other “extreme vetting” practices employed by Trump administration, while directing the US to improve information-sharing with foreign governments to strengthened screening of travelers.

The new President is also proposing a sweeping immigration bill that would provide a pathway to citizenship for about 11 million people living illegally in the US. White House Press Secretary Jen Psaki said on Wednesday night that text of the proposal has been set to the Congress.

The legislation marks a stark contrast with the Trump administration’s efforts to restrict both legal and illegal immigration during its four years in power.

The new president issued a proclamation ordering a stop to the construction of Trump’s wall along the border with Mexico. It rescinds the national emergency that Trump declared to secure funding for the wall.

The travel ban and border wall were the fulfilments of Trump’s central 2016 campaign promises, to crack down on immigration and limit the number of Muslims coming to the US Biden condemned them as an attack on racial and religious minorities.

NEWS ANALYSIS: The Institutionalization of Kidnapping in Nigeria Under the Rights to Live Anywhere – A Case Study of Ondo State

POETRY: The Hill We Climb - By Amanda Gorman