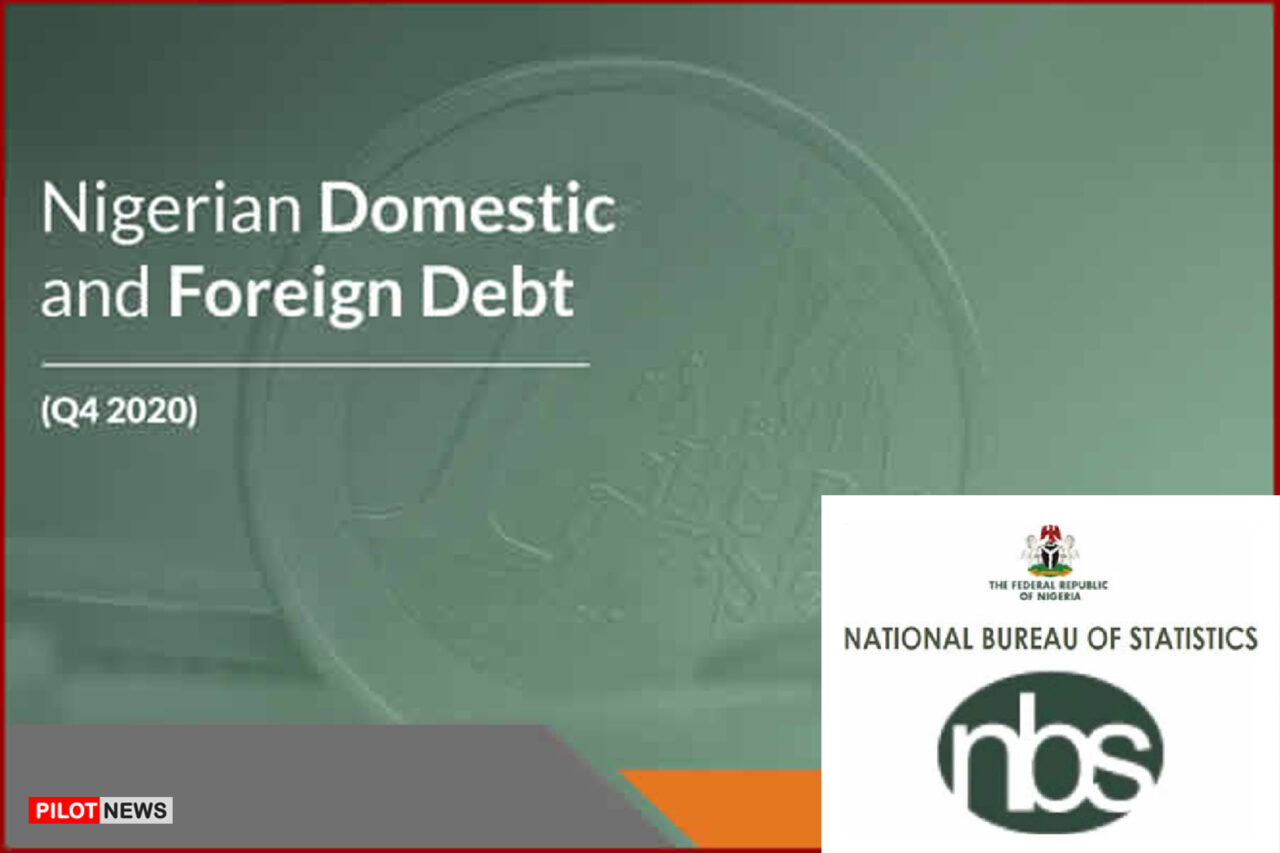 The National Bureau of Statistics (NBS) on Monday said on its website that States and Federal debt stock stood at N32.92 trillion as of December 2020.

The data captioned “Nigerian Domestic and Foreign Debt (Q4 2020)” said while N12.71 trillion was external, representing 38.60 per cent of the total debt stock, N20.21 trillion, representing 61.40 per cent was domestic.

According to NBS “States and Federal Debt Stock data as of 31st December 2020 reflected that the country’s total public debt portfolio stood at N32.92trillion.

The data explained that disaggregation of foreign debt showed that $17.93billion of the debt was multilateral; $4.06billion was bilateral from the AFD, EximBank of China, JICA, India, and KFW while $11.17billion was commercial which are Eurobonds and Diaspora Bonds and $186.70 as Promissory notes.

NBS added that the total States and FCT domestic debt was put at N4.19trillion with Lagos state accounting for 12.15 per cent of the debt stock while Jigawa State has the least debt stock in this category with a contribution of 0.74 per cent,