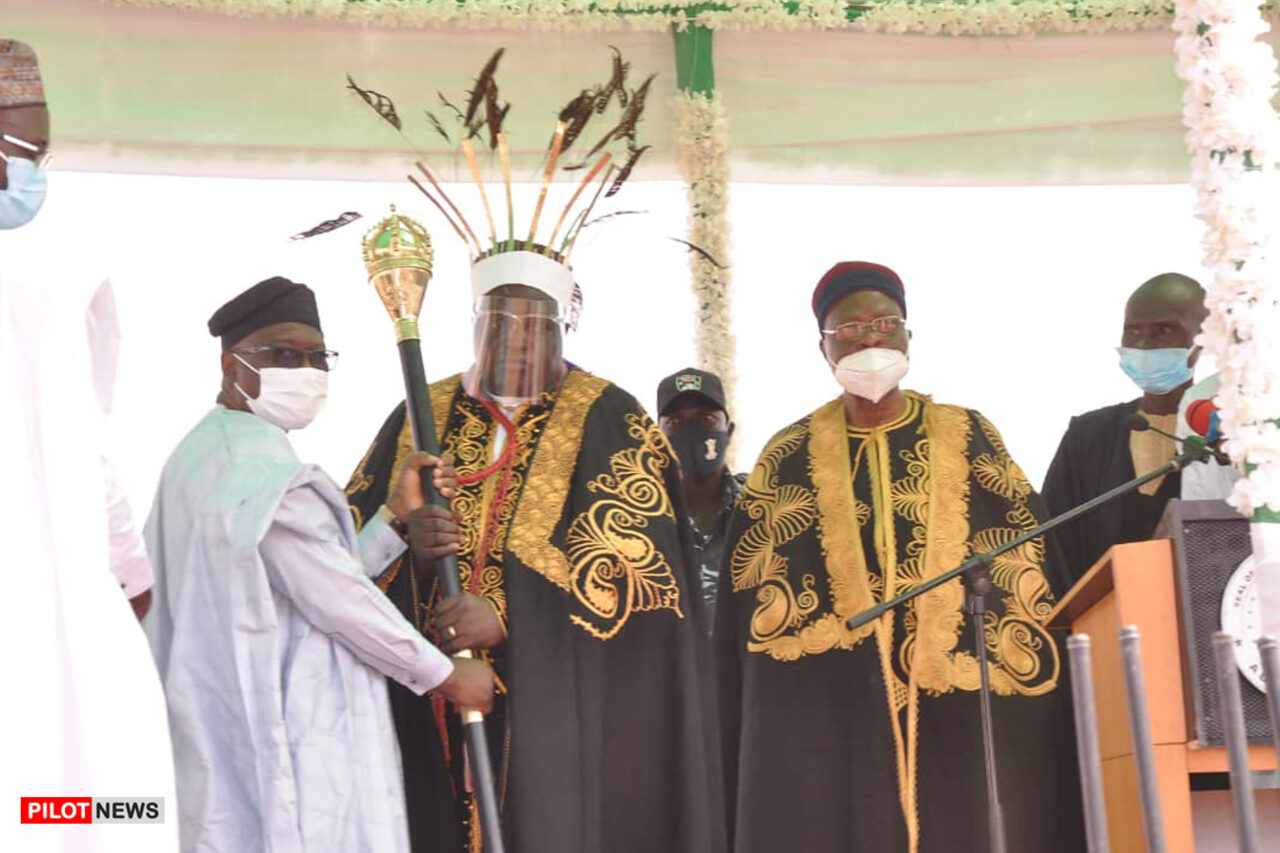 The Hama Bachama, His Majesty Homun Daniel Shaga Ismaila, has reiterated the resolve of the Bachama traditional council in Adamawa state to ensure the asphyxiation of trade and consumption of illicit drugs in his kingdom.

A statement by his Press Secretary, Anselm N. Kyauta said the Bachama Monarch who dedicated his life to the task of fighting illicit drug dealings in the country as an officer of the National Drug Law Enforcement Agency at different levels before his retirement from service, maintained that no sacrifice is too much for the task of combating illicit drugs in order to protect the next generation.

Homun Shaga stated this when he received the Chairman/Chief Executive Officer of the National Drug Law Enforcement Agency (NDLEA) Gen. Muhammad Buba Marwa (retd.) in his palace at Numan, Adamawa State while on advocacy and homage seeking collaboration with the monarch.

His Majesty said no effort is worthless as we commit to minimizing drug trafficking across the national landscape.

“Production, marketing, and abuse of illicit narcotic drugs are not only detrimental to the development of any society but damages the image of nations involved in it.

“Leaders at all levels including religious and traditional leaders in Nigeria should rise to the task of confronting illicit manufacture, marketing, and rampant use and abuse of illicit and dangerous substances, especially by the younger generation to whom it seems a vogue to be copied.

“We must all stand up to discourage all forms of drug dealings in our communities and areas,” he said.

He said Nigerian youths, should seek a better and more responsible alternative of livelihood, without indulging in drug dealings and abuse which is destroying the destiny of youths across the nation.

The paramount ruler commended the NDLEA Boss for the advocacy against illicit substance abuse in Nigeria, noted that “apart from destroying the lives of users, illicit drugs remain one of the front line factors that are responsible for crimes, criminality and an indisputable catalyst to the current insecurity bedeviling the country”.

Shaga said all hands should be on deck at all levels to achieve the desired result in the fight against drug abuse in the country.

Speaking earlier, the NDLEA Boss Gen. Marwa (retd) described the palace of the Hama Bachama as home in view of the fact that the Hama Bachama himself is a colleague associate in the fight against illicit drugs.

He said taking advocacy to his domain is made easy as records have shown respective exploits done by Homun Shaga while at the NDLEA in leading an operation that resulted in the seizure of 14.20 metric tonnes of cocaine at the Tin Can Island Port, Apapa, Lagos in 2006, which seizure was confirmed to be the largest in ever in Africa as at the time of the report.

Marwa implored the Monarch not to relent in his commitment of advocacy against illicit drugs.