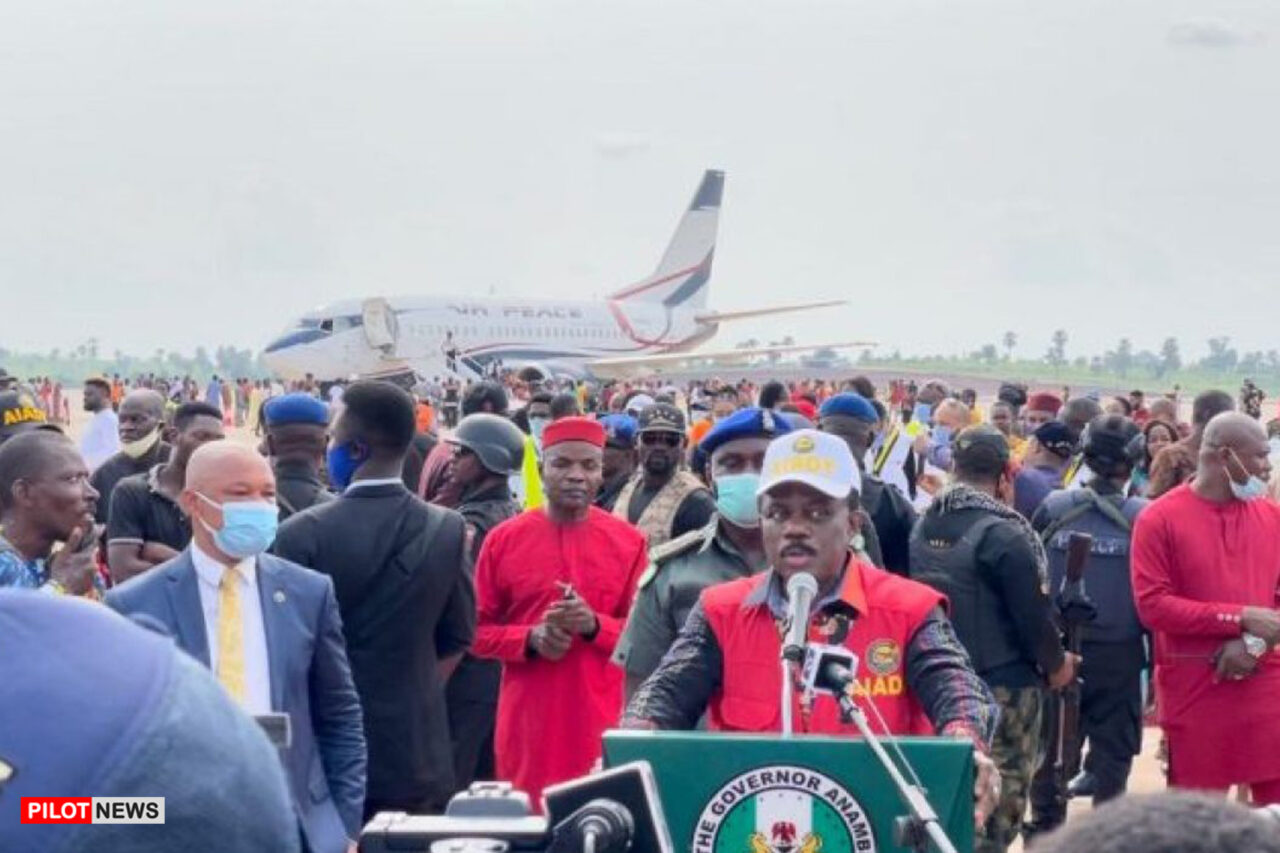 The Anambra Airport sited on a vast beautiful landscape at Umueri, a major infrastructure developed by the Governor Obiano administration has successfully received its first test flight. The Airport; a magnificent edifice with a 34. 5-meter tower and a 3.7 massive and solidly constructed runway, is considered one of the very best, more so ever undertaken by a state in Nigeria.

A journey of about less than thirty minutes from Awka the state capital, the Anambra International passenger and Cargo Airport is an enduring legacy and a testament to a government’s willingness and determination to engender disruptive infrastructure with the capacity to engineer massive developmental and economic giant strides in the foreseeable future.

The Airport’s terminal is a well-detailed structure, with about thirty-six shops and it is nearly 90% completed. In all, from the Enugu-Onitsha expressway, a three minutes drive to the Airport, it becomes immediately conspicuous upon diversion heading to the Airport that what has happened is a total transformation of what was previously a forest into a light-beaming city.

Speaking at the occasion, the Chairman of AirPeace Barr. Allen Onyema who landed at the Airport in one of the two commercial test planes, who could not hide his excitement over the Airport, also attested to the quality of work at the Airport. “Nobody believed that this day will come”, he said.

According to Onyema, “This is one of the fastest airports to be approved and this speaks to the quality of work done here. The runway is the best. It is the widest runway in Nigeria. Normally, a test flight is done with small planes. But here, we brought a 737…this is a legacy. This Airport will generate millions of jobs for our people”.

In an exclusive interview granted to the West African Pilot News by the Anambra State Commissioner for Works, Engr. Marcel Ifejiofor, the visibly happy Commissioner declared that “It’s a thing of joy, the first aircraft to land in Anambra state Airport. Today is a day well made by the Lord. I want to thank God and after God; I want to thank the governor because, with his support, we are able to deliver”

In his speech, Governor Obiano described the Airport project as the “most audacious legacy of my administration and perhaps, the most revolutionary too”.

He went on to note that he has been informed by experts that the airport has set a record in the aviation industry as the “fastest and the most modern airport in recent times”.

The construction according to the governor took a total of about fifteen months and throughout the period; he was at the site at least once every week except when he was out of the country. The construction has also kept thousands of people in direct and indirect job. It is expected that the Airport will be due for commissioning in the next few months when the terminal, car parks among others are fully constructed and ready for use by members of the public.

Hundreds of Nigerians Killed in Violent Attacks in April — Report