“In a functional democracy, the press must navigate the onerous duty of shaping the conscience, choices and will of the society”

May 3, of every year, is celebrated as World Press Freedom Day. All over the world, Press Freedom continues to be a topical issue with, in some instances, the argument moving from needing more freedom, to questions about just the appropriate level of freedom that can be permissible, for the press. The reality remains, however, that freedom cannot be absolute. 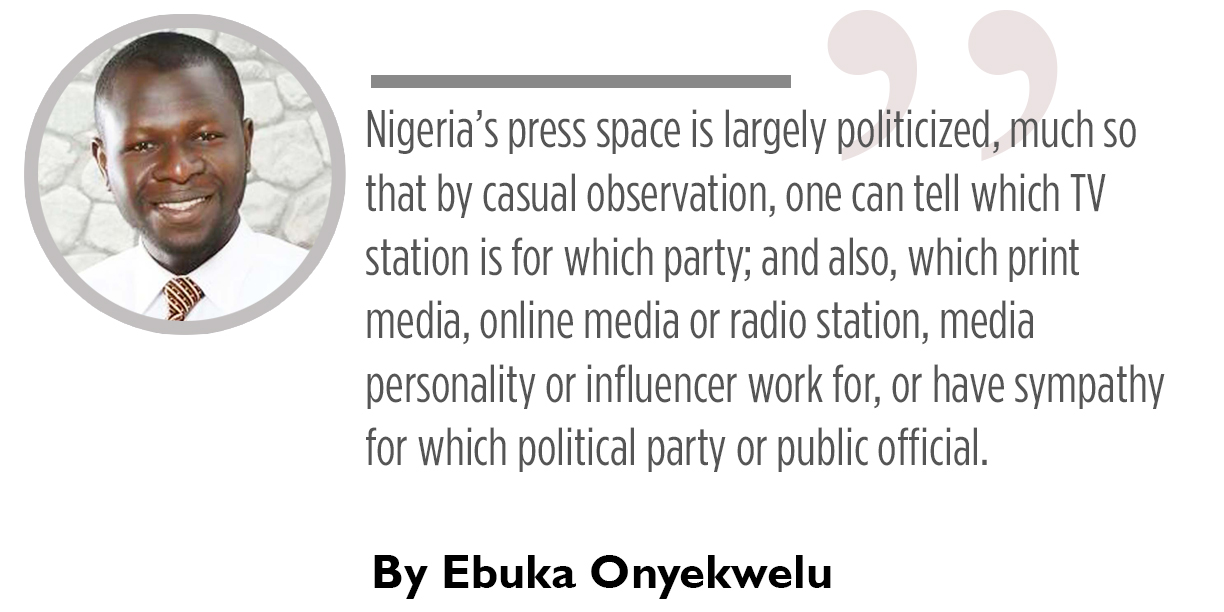 No freedom is, for that matter, without any form of control. Hence, for the press, some forms of regulation are not only essential but also altogether indispensable. Both self-regulation and structural regulation are necessary tools to forestall abuse, misinformation, incitement and other ills associated with keeping the public informed. By structural regulations, we are looking at enabling laws against libel, defamation, incitement, among others. By self-regulation, on the other hand, we are looking at means employed by media associations to sanction members or keep them professionally prepared and ever ready to discharge their duties. In all, press freedom one would admit is a process. With a more enlightened population, the press has more tasks in the quality of information it is putting out, and how it puts it out. But also, with a functional democracy, it is easier for the press to navigate the onerous duty of shaping the conscience, choices and will of the society.

For year 2021 World Press Freedom Day, the theme is “Information as a Public Good”. And for reasons that are unambiguous, information is a public good, but then, could also be a public disempowerment when it is used to misinform and misdirect the public. Importantly, with the depth of globalization made plausible by the internet, the risk of misinformation and the danger and havoc it could cause remains extremely high and unpredictable. Therefore, the choice of the topic for this year’s Press Day is vital in reminding media practitioners of their sacred position in shaping society for good, through the information they give out.

In Nigeria, press freedom is largely determined by the temperament of the government in power. In other words, the press is free to the extent that they consciously and deliberately avoid discussing or writing on anything that may infuriate the government. It is so in part, because, Nigeria’s press space is largely politicized, much so that by casual observation, anyone can tell which TV station is for which political party. We can also tell which print media, online media or radio station has sympathy for this public officer or that political party. We do also tell which media personality or influencer works for this political party or that public official. In actual fact, we can summarize thus; Nigeria’s press space is hijacked by government or political players. This sadly is at the root of the challenges facing Nigeria. Although the more regular accusation of “brown envelop” journalism remains disturbing, but the structural control of the media and the media space by government or politicians, almost in entirety is a bigger impediment to freedom of the press in Nigeria.

There are the invisible hands controlling the media in Nigeria

With that in mind, naturally, the question should be, “why is Nigeria’s media space dominated by government or political players”? Well, media is control almost exclusively by government and politicians in Nigeria because almost every media outfit in Nigeria is either owned by the government or owned by a politician or someone who is sympathetic to one political party or a political actor. These are the invisible hands controlling the media in Nigeria. As a matter of fact, the handful of media outfits that are neither owned or controlled by government or politicians nor sympathetic to a political party or public officer, are usually restricted through patronage by the same government and politicians. To be fair, they need the patronage, otherwise, they will as sure as one can guess, be extinct and unable to keep running at their own cost.

In so far as freedom of the press is a process and not absolute, yet, for Nigeria, the whole idea of a free press barely makes any sense, except perhaps, to those who do not understand the dynamics of the Nigerian media space. Almost every TV station in Nigeria is owned by the federal government, state government, or former public officer or politician. Almost all radio stations in Nigeria are owned by the federal government, state governments and former or current public officers. In many of these media outfits, you cannot just say anything for the mere fact that it is true.

Workers, there are frequently reminded that their job is hanging by the thread, giving the level of their cooperation or otherwise to this code of conduct in the outfit. This ordinarily may not be a problem if Nigeria has functional and systematically structured institutions that are independent of the attitudes, body language or even the preferences of any government in power. All over the world, certain media are controlled by certain people with biases and preferences. But the difference is that advanced democracies have strong institutions that preserve the soul and existential essence of press freedom.

There is little information by the press, for the public to hold government accountable.

For Nigeria, lack of strong institutions and secrecy of government especially with public expenditure, that put to question the stake of her citizens in their government, as well as points to entrenched graft in public management, have combined to make press freedom in Nigeria look like a mirage. So evasive, much so, that there is little information by the press, for the public to hold government accountable. In a handful of instances where there is actual information and public outcry for accountability, the government has simply ignored and moved on as though it was nothing.

Press freedom cannot be attained to an appreciable degree, under the prevailing order where the press is almost exclusively dictated to, controlled and managed to project defined political interests. Even worst, not when institutions are crushed under the weight of the biases, choices, and political cleavages of the government in power.