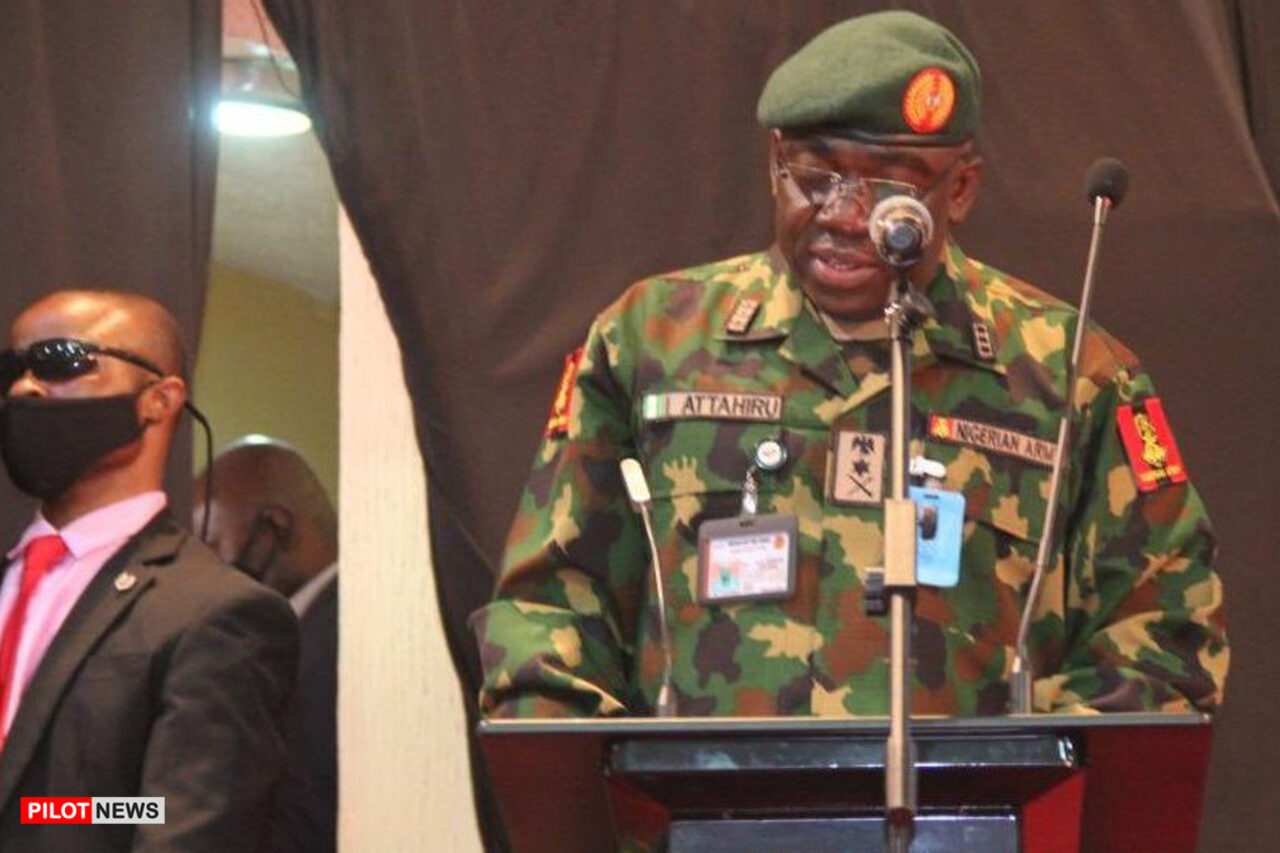 He was the 25th Chief of Army Staff and a graduate of the Nigerian Defence Academy, Armed Forces Command and Staff College, Jaji and Nigerian Army School of Infantry. He commenced cadets training in January 1984 and was commissioned into the rank of Second Lieutenant in December 1986 as an Infantry Officer. He held a Masters degree in Strategic Management and Policy Studies from the Nigerian Defence Academy.

Others include Masters of Science in Human Resources Management and Development from Salford University in the United Kingdom and Graduate Diploma in International Studies from the University of Nairobi, Kenya.

He held several appointments on the staff, instructional and in command during his military career. He had a tour of duty with the United Nations in Sierra Leone as a military observer, where he facilitated United Kingdom military engagement, Operation BARASS in September 2000. He was an Operation Officer and later Company Commander in NIBATT 19 ECOMOG Operations in Liberia. Also, he had the unique privilege of having commanded with distinction all through the chain of command in the Nigerian Army.

Prominent among these appointments are Commanding Officer, 146 Battalion, Nigerian Army (Operation HARMONY IV) in the Bakassi Peninsula, Commander 13 Brigade Nigerian Army (Operation PULO SHIELD), General Officer Commanding 82 Division, Nigerian Army. He was a onetime Theatre Commander, Operation Lafiya Dole (the counter terrorism and counter insurgency outfit in northeastern Nigeria). It is on record that he brought relative stability to the region with the surrender of several Boko Haram combatants.

As a staff officer, he was a unit Adjutant, 7 Battalion Nigerian Army, Serti, Chief of Staff, 1 Brigade Nigerian Army Sokoto, General Staff Officer Grade 1 Training/Operations, as well as Staff Duties/Plans at Headquarters 1, 2 and 81 Divisions of the Nigerian Army.

General Attahiru was Deputy Director, Military Secretary 2 at the AHQ MS (A) and onetime Director Army Public Relations and spokesperson of the Nigerian Army. He was later Director Staff Duties and Deputy Chief of Policy and Plans at the Army Headquarters. He was equally privileged to serve as Chief of Defence Transformation and Innovation and Chief of Defence, Logistics at the apex organ of the Armed Forces of Nigeria, Defence Headquarters, Abuja. In that position, he worked with the US Defence Logistics Agency on the Vertically Integrated Logistics Approach (VILA) Programme towards enhancing the operational readiness in the Armed Forces of Nigeria.

Nigerian Army Commences Investigation Of Plane Crash That Kills COAS, Others in Kaduna

No Plan To Increase Price Of Petrol-Minister