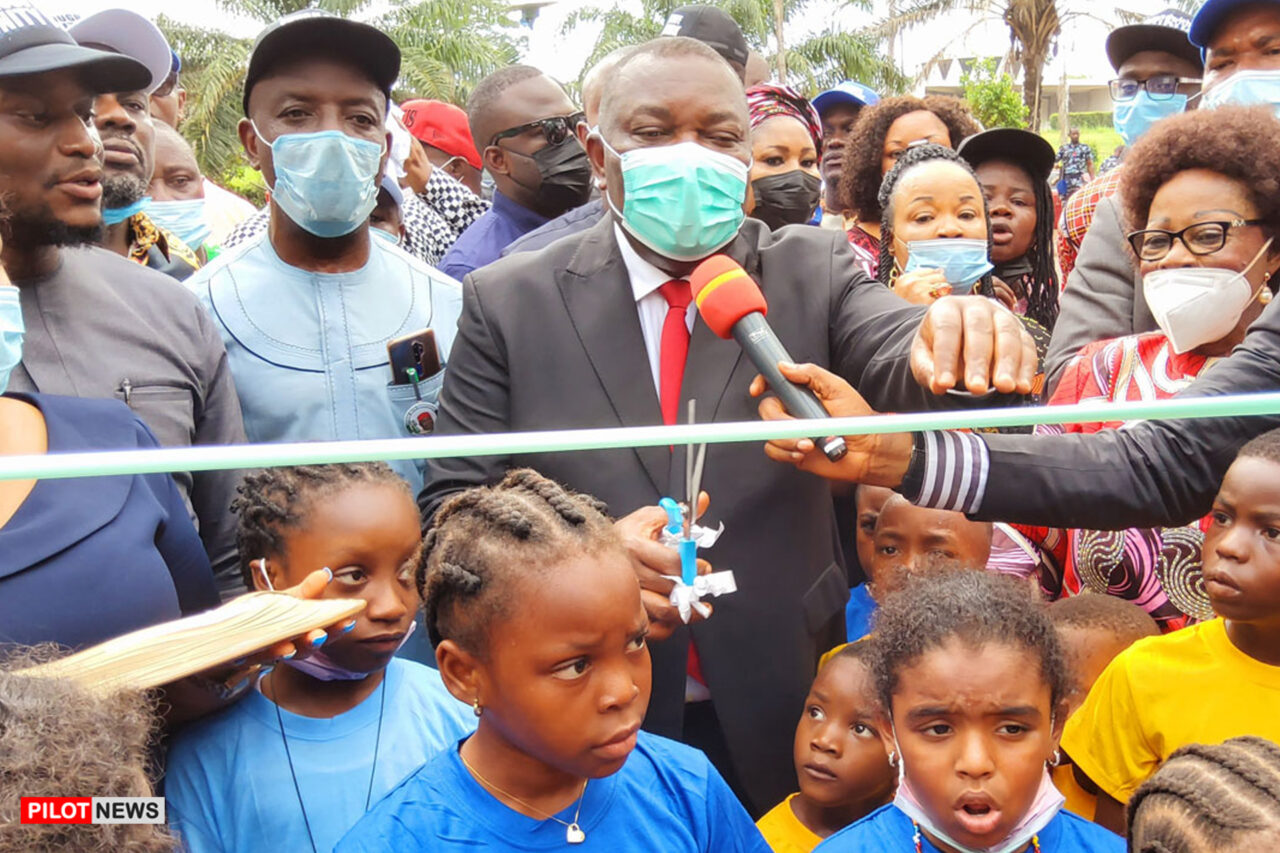 The Enugu State Governor Ifeanyi Ugwuanyi on Saturday inaugurated the Unity Park for public use as a tourist attraction and a place for relaxation.

Inaugurating the park amid jubilation, Gov. Ugwuanyi said, “The project offers the good people of Enugu State an opportunity to relive the past when the City urbanization had not obliterated our recreation areas; the park responds to the yawning gap in the lifestyle of the Coal City”.

The Governor further revealed, “It is widely believed that the giant roaring lion sculpture at the park currently interrogates existing world records on lion sculpture; we have applied to World Records Organizations to review this and allocate to us our rightly place in world history”.

He also pointed out that the serene ambiance of the Unity Park is like no other and conducive for relaxation, deep reflection, and critical thinking; the background tranquilizing songs of birds that visit the water pond to quench their thirst will lift one’s mood.

Gov. Ugwuanyi, therefore, assured the public that his administration will ensure that measures are in place to guarantee adequate maintenance and cleanliness of the park as well as security of tourists.

“The Enugu City Urbanization trajectory transcended population concentration, changes in behavioral patterns, replacement of natural environment with artificial structures and increasing complexity in the functions of the area.

“This challenged ecosystem and biodiversity of this emerging urban centre. The early colliery activities, growth in population and other commercial activities put pressure on land and housing in the city.

“The Coal City further grew rapidly due to its strategic role as regional and state capital as well as its status as a preferred location for peaceful living, business, and investment.

“The efforts by successive administrations to increase the housing stock in the city led to the de-zoning of most of the residual Open Spaces/Green Spaces and Recreation Areas; the tourism potential of the Coal City was sub-optimized, its ambience challenged, and the residents yearned for a new paradigm”.

“Our administration responded to this yawning gap in the Coal City lifestyle by approving the development of the Unity Park, Enugu, in October 2019,” Gov. Ugwuanyi said.

Earlier in his welcome address, the State Commissioner for Culture and Tourism, Hon. Ugonna Ibe, commended Gov. Ugwuanyi for the landmark feat in enhancing Enugu State’s status in local and international tourism.

Ibe noted that after Zoological Garden and Polo Park were pulled down for development purposes, the state lacked a recreational park for both local and international tourists that visit Enugu City in large number”.

The Commissioner maintained that the newly developed park will not only attract tourists but diversify the state’s economic base while creating jobs for the teeming youths.

The high point of the occasion was a special prayer session by school children for God’s blessings and protection upon the governor, Enugu State and the people of the state.

Kill, Attack to Defend Yourself, Ebonyi Governor to Security Personnel