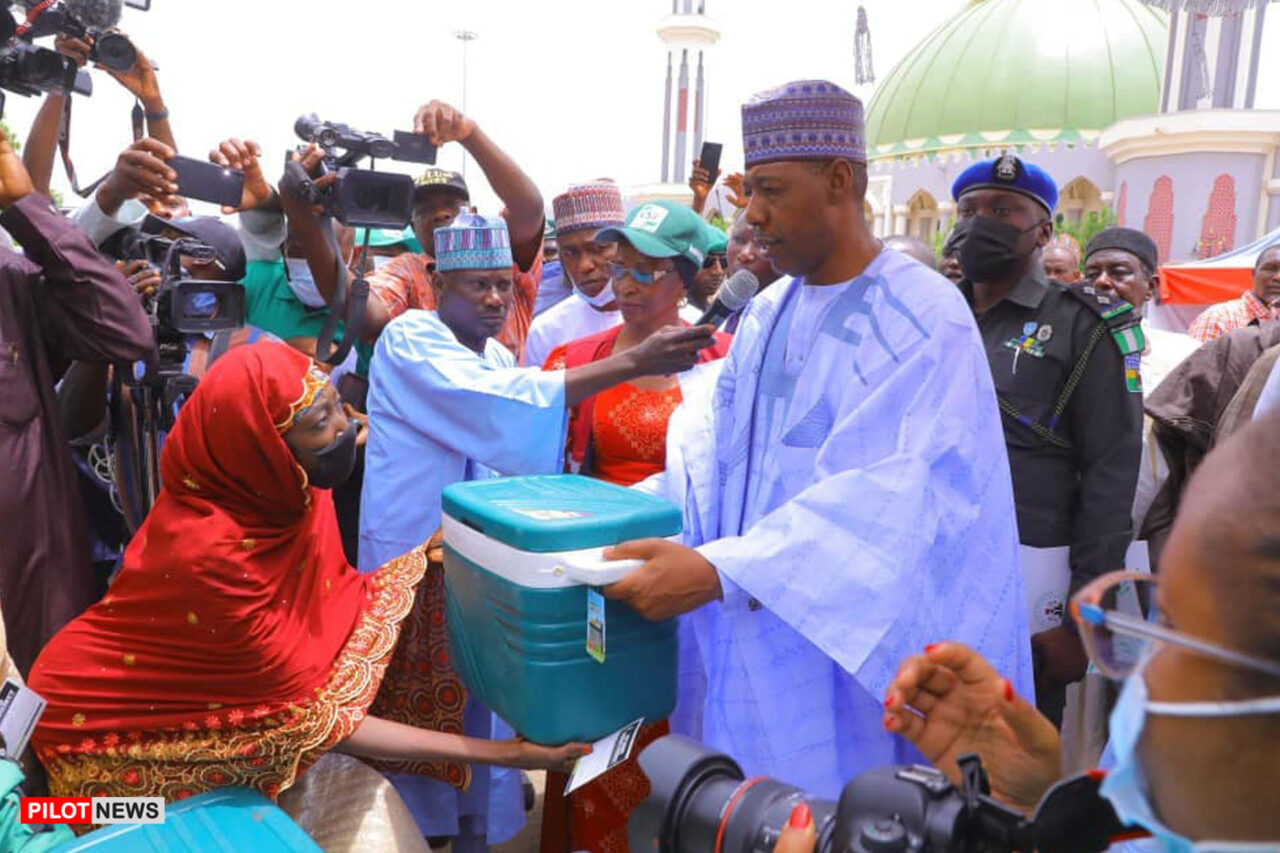 MAIDUGURI — Borno State Governor, Babagana Umara Zulum on Thursday ordered the release of N12.2m as an addition to a need-based intervention.

The Victims Support Fund (VSF) has assisted families of 61 district heads killed by Boko Haram since 2009 across Borno State with each family getting one million Naira worth of materials.

The VSF, a public and private funded humanitarian body set up by the Presidency during the Jonathan administration, had after meetings with all the families identified their livelihood needs, made available, variety of economic, social, and educational empowerment items estimated at N61m.

Speaking at the ceremony, held on Thursday at the Shehu of Borno’s palace in Maiduguri, Borno State Governor, Babagana Umara Zulum directed the release of N200, 000 to each of the 61 families, making up N12.2m the State Government’s contribution.

“The support was in view of the fact that most of the district heads were killed by insurgents because of their role in intelligence gathering through the mobilization of community members to provide information to security agencies.” He said

The Governor thanked the slain district heads for their sacrifices to the people of Borno.

In her address, Executive Director of VSF, Prof. Nana Tanko explained that insurgents were in the habit of targeting traditional rulers such as the 61 district heads, in order to break the resilience of communities given the fact most residents run to palaces for help in moments of crisis.

“Traditional rulers killed by insurgents had served their country and hence their families needed to be supported through an intervention covering education of their children, as well as equipping them with economic tools such machines and agricultural items that will enable them to sustain themselves.” She said

Tanko stated that the intervention was at the request of the Shehu of Borno, HRH Alhaji Abubakar Ibn Umar Garbai Al-Amin Elkanemi, and all the interventions were based on the needs tabled by each of the 61 benefiting families.

In his remark, the Shehu of Borno HRH Alhaji Abubakar Ibn Umar Garbai Al-Amin Elkanemi expressed gratitude to the State Governor, Babagana Umara Zulum, and the Victim Support Fund (VSF) for coming to the aid of families of the slain traditional rulers.

The Shehu also listed all the district heads killed and areas of their jurisdiction.

In his welcome address, Commissioner for Local Governments and Emirate Affairs, Sugun Mai Mele spoke extensively on the critical roles played by traditional rulers on many developmental issues, particularly security at the community levels.