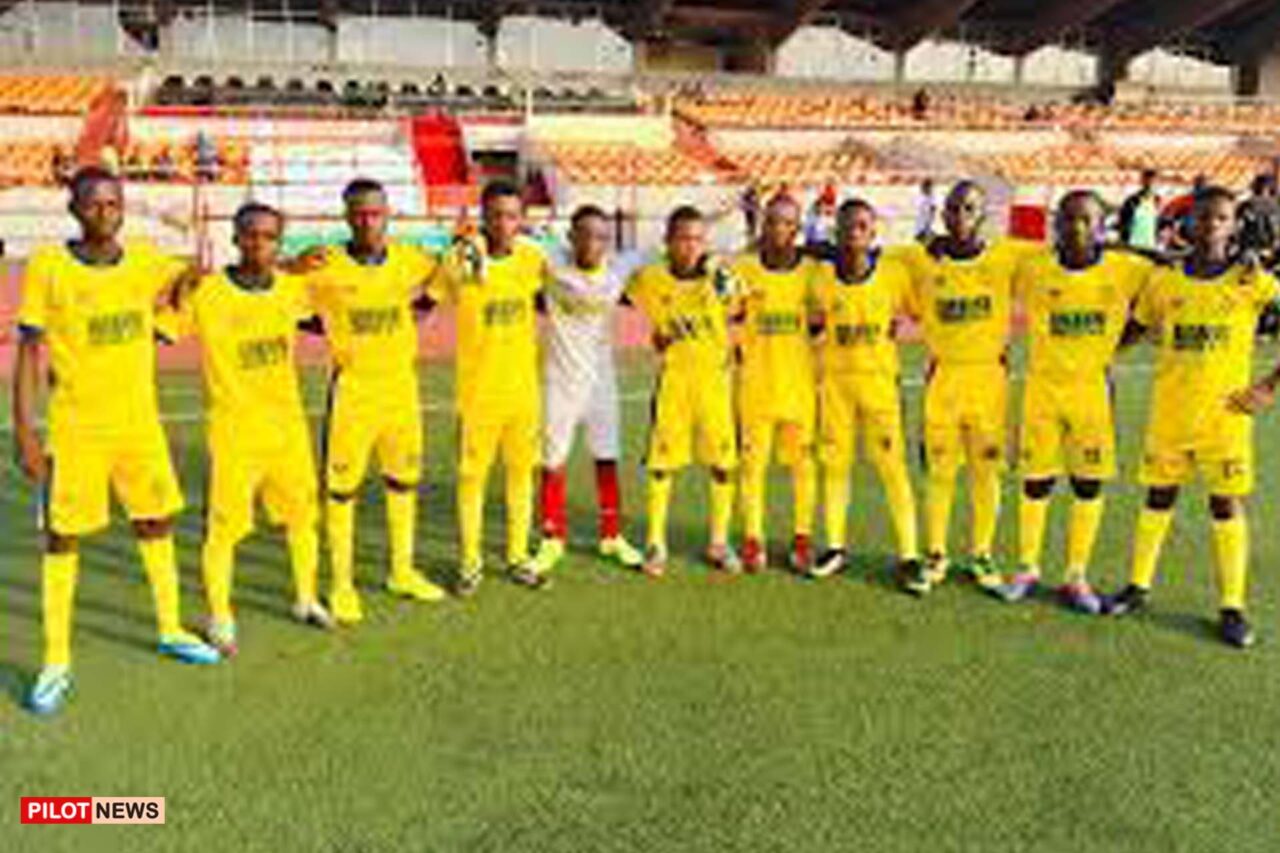 GOMBE, (Adamawa) —  Adamawa United Football Club of Yola secured their second full points in 13 matches on Sunday by beating Rivers United of Port Harcourt 2-0 at the Pantami Stadium in Gombe.

According to the  News Agency of Nigeria, the Match Day 27 fixture in the 2020/2021 Nigeria Professional Football League (NPFL) did not go without any drama.

This was when the decision by the match officials to disallow a goal scored by Anayo Ogbonna held up the game for about nine minutes.

The hosts took the lead in the 13th minute of the game through Surajo Hassan.

Ogbonna’s goal in the 28th minute and his teammates and team officials went on celebrating only to discover that the goal had been disallowed.

The action halted the match for nine minutes and it took the intervention of security operatives to put under control the almost violent situation for the match to resume.

Two minutes after the game restarted, an own goal by Rivers United’s defender, Fabian Maduabuchi, ensures the hosts extended their lead in the 39th minute.

Speaking later at the post-match conference, Adamawa United’s Head Coach, Justin Madugu, said he was not aware of the reason the referee disallowed the goal scored by Ogbonna.

“One could see the beauty of that goal and there was a build-up before the goal.

“The player who scored that goal was right around the penalty kick spot.

“It’s only the assistant referee that can explain why the goal was cancelled. The centre referee said it was not his fault but I believe he had the right to say it was a goal,” Madugu said.

He however pointed out that the 2-0 win meant a lot to his team, adding “every point at this stage of the competition counts”.

“The boys have been playing well recently. So, I am happy for them today that they can smile home.”

On his part, Rivers United coach, Stanley Eguma, said the match was good but the result was a setback for his team.

Eguma stated that the team would keep working hard and “it is not over until it is over”.

“It is unfortunate that we lost. This is the first time we are losing in our last eight games,” Eguma said.