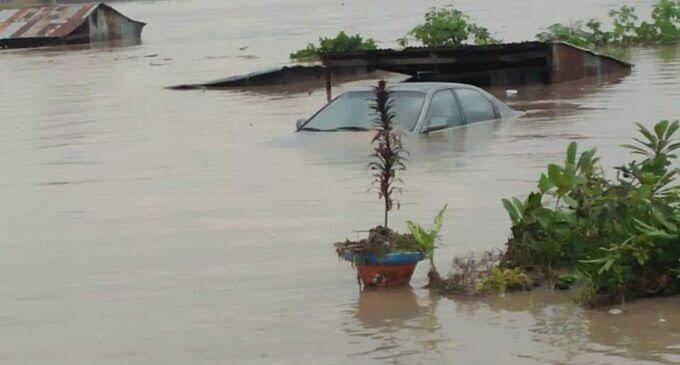 The flood which occurred in the early hours of last Saturday in Jalingo Local Government Area of Taraba State has washed away no fewer than 200 hundred houses and other valuables which includes farmlands and domestic animals.

Affected victims, who are still counting their losses, have called on the authorities concerned to as a matter of urgency come to their aid.

He has also urged the Ministry of Humanitarian Affairs and Disaster Management to assist residents of the area.

“As you can see, many houses have collapsed properties which include food stuffs have been destroyed by the flood.”

“The council has concluded plans to write to all the authorities concerned that we are urgently in need of helping hands,” he said.

The Chairman reiterated calls for those residing in flood prone areas in the state capital and the state at large to as a matter of urgency relocate to alternative areas of settlement.

350 Died In Boat Accidents In Nigeria

Emir of Kajuru, 14 Others Abducted In Kaduna