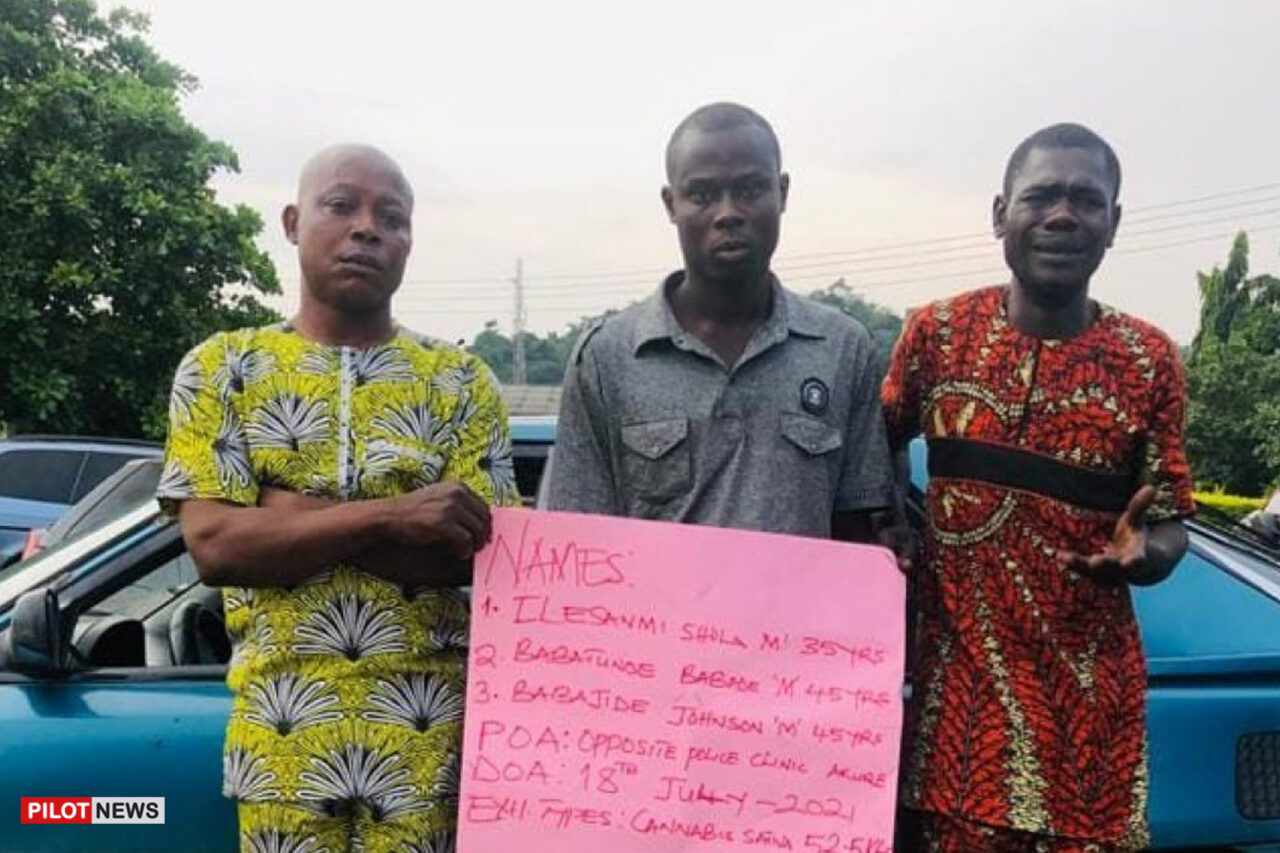 According to a statement by the spokesman of NDLEA, Femi Babafemi, the suspect, Babade, 45was arrested along with two others persons, Ilesanmi Shola, 35, and Babajide Johnson, 45, for alleged involvement in illicit drug.

“The transport union leader was caught with 52.5 kilogrammes of skunk in Akure, the Ondo state capital, following intelligence that he was conveying bags of the banned drug in his Mazda car with registration number: Ekiti JER 194 AE from Akure to Ekiti State.”

“Babade, popularly called BB was taken into custody along with others soon after his arrest on July 18, 2021, for interrogation, and in his statement, he (Babade) admitted he owned the vehicle used for conveying the drug, and further confessed that the car was earlier intercept.ed by some security agents who detained the two other suspects, his car and eight bags containing cannabis sativa while his brother who drove the vehicle fled.”

“Following his intervention, the security agents released the suspects and his car to him after taking two of the eight bags containing the drug and N60, 000 from him, before he later ran into NDLEA officers while on his way back to Ekiti State,” the statement said.

In another development, officers of the Benue State Command of the agency have intercepted another suspected interstate drug trafficker, Odinaka Ugwuanyi, 29, on Apir road in Makurdi with 124,000 tablets of Tramadol, Diazepam and Exol-5, all weighing 22.55 kilogrammes.

The suspect, who was arrested at about 8a.m. on July 17, 2021, in a commercial vehicle, said he is from Nsukka Local Government Area of Enugu State, however, claimed that another passenger, who sat next to him on the vehicle, dropped the bag containing the drugs with him and fled upon sighting NDLEA officers.

Reacting, the Chairman/Chief Executive of the NDLEA, Brig. Gen. Buba Marwa (rtd), has commended the doggedness of the commanders, officers and men of the Ondo and Benue State Commands of the agency in the ongoing offensive action against drug barons, traffickers and peddlers.

He then charged officers and men of the NDLEA to remain resolute in the discharge of their constitutional responsibilities.