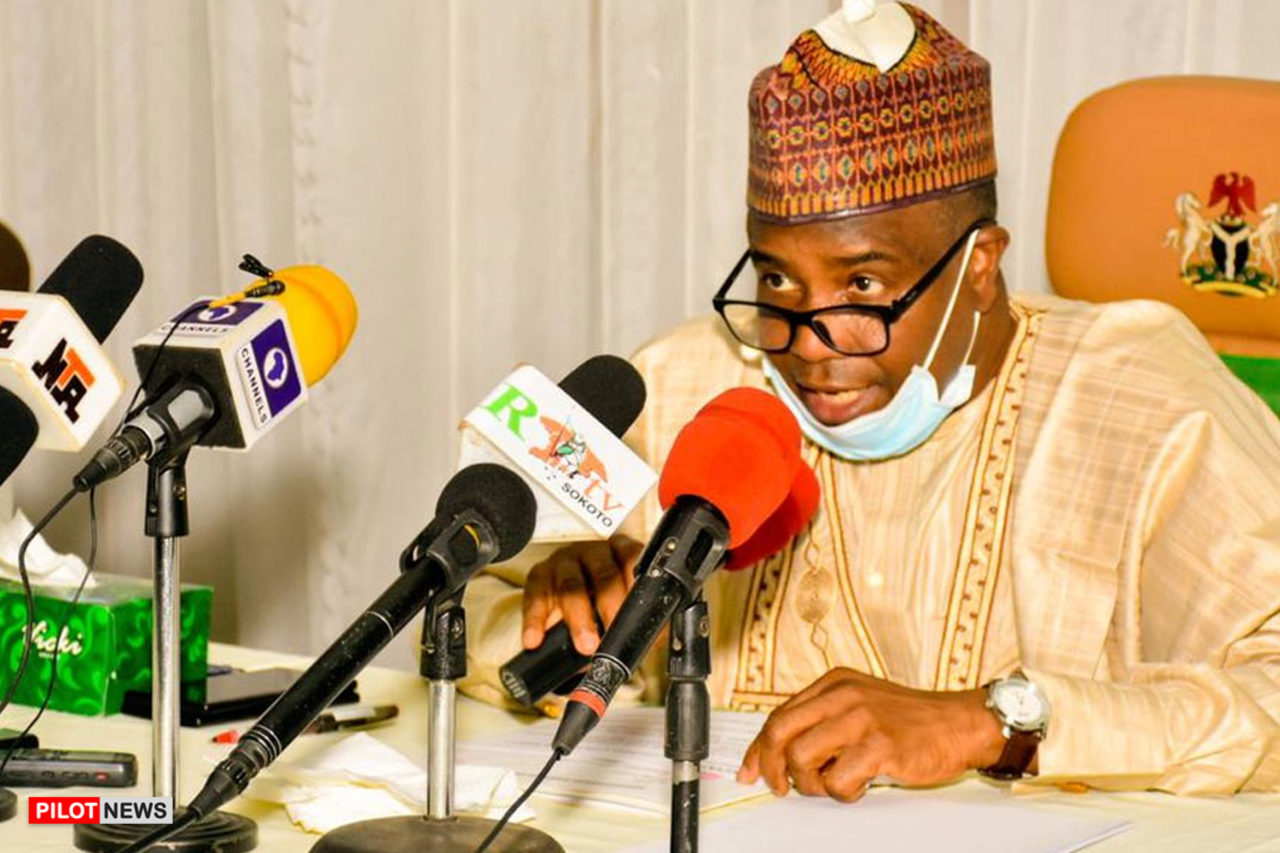 They, according to the report, will no longer continue to work with the current NWC led by Prince Uche Secondus.

Reacting, The Chairman of the People’s Democratic Party’s Governors Forum, Aminu Waziri Tambuwal has warned detractors to leave the party alone, while calling for calm within the party’s fold.

In a statement on Tuesday through his Special Adviser Media and Publicity, Muhammad Bello, Tambuwal was reacting to the resignation of the seven national officials of the PDP.

Tambuwal who is the Governor of Sokoto state assured party stalwarts and followers that the PDP Governors Forum has never been detached from the myriads of challenges the party faces.

“We plead with all aggrieved persons and those with the interest of the PDP at heart to keep their gun powder dry, as efforts are being made in consultation with members of the PDP Board of Trustees and other stakeholders to resolve all contending issues.”

“The PDP-GF had scheduled an emergency meeting to discuss the affairs of the party and the way forward.”

“Hope of the nation for good governance, which must show an example to Nigerians and also take advantage of the current disarray in the APC and its rudderless government,” he said.

Tambuwal also maintained that all the governors under the party have been doing their utmost best in the background to bring the problems under control.

According to him, the Governors have not been aloof to the situation of the party. “We have been working quietly to resolve the issues”.

He also maintained that all the governors under the party have been doing their utmost best in the background to bring the problems under control.

The Governor noted that the PDP-GF expressed regrets and sadness over the recent rumblings in the party while appealing to members of the party and all stakeholders to remain calm in the face of the current development.