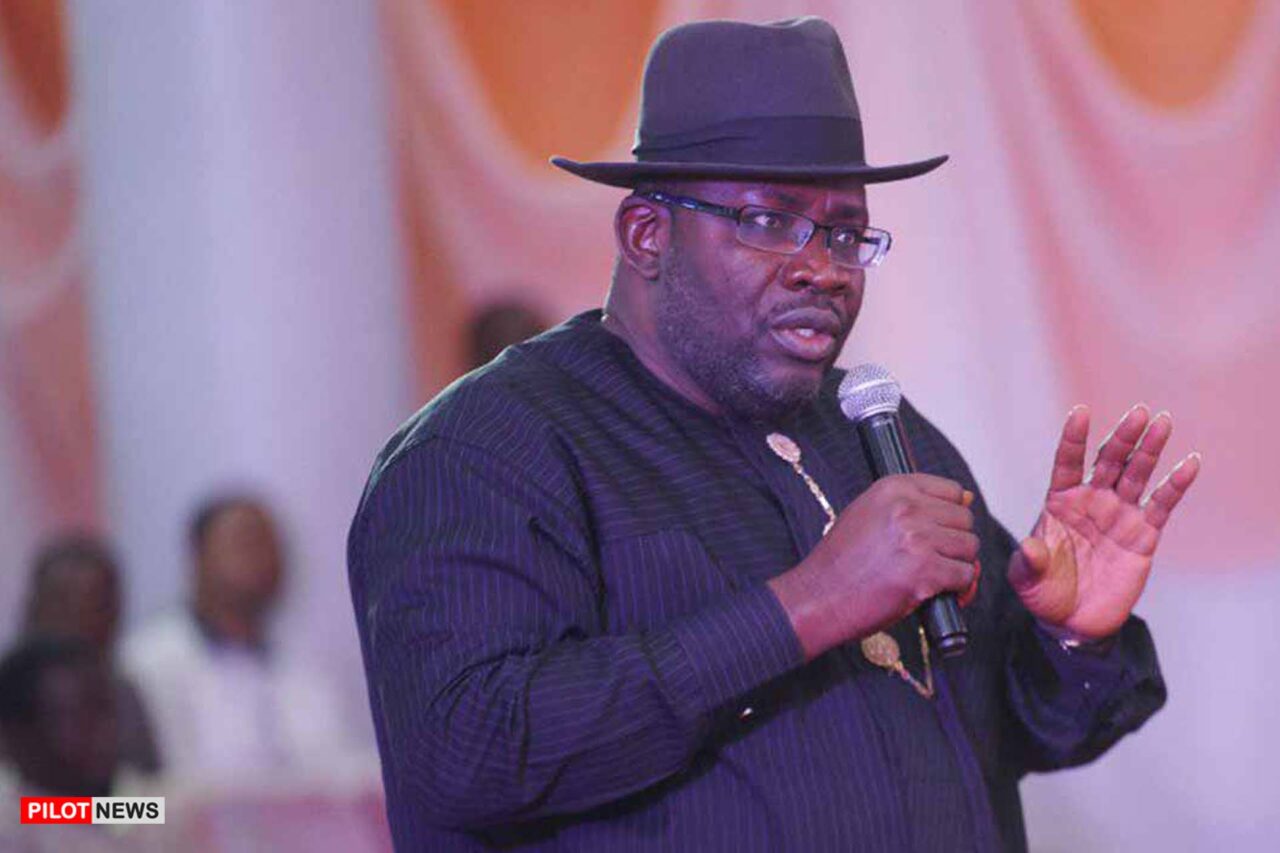 ABUJA — Former Bayelsa Governor, Seriake Dickson, has admitted that he was interrogated by the Economic and Financial Crimes Commission (EFCC) over charges bordering on abuse of office, and misappropriation of public funds during his eight-year rule of the state.

Dickson whose administration spanned through 2012 and 2020 said he had presented himself to the EFCC office in Jabi, Abuja on Tuesday following an invitation by the anti-graft agency.

He was questioned over assets declaration, abuse of office, and misappropriation of public funds.

Dickson who is currently a senator representing Bayelsa West in the National Assembly described the allegations as frivolous, denying them all.

On the asset declaration, he stated that the issue relates to investments of his family trust, which he incorporated while being a member of the House of Representatives.

The Seriake Dickson Trust was according to him, was incorporated to hold his family assets and investments.

The lawmaker claimed that these assets were made between 1996 and 2012 just before he became Bayelsa governor.

“However, for the avoidance of doubts, let me state that my family investments, Seriake Dickson Trust Incorporated were made between 1996 and 2012 before I became Governor.

“I understand that the subject matter of the inquiry relates to investments of my family trust, which I incorporated while being a member of the House of Reps to hold my family assets and investments which were made between 1996 and 2012 before I became governor,’’ he said.

Mr. Dickson said the investments were funded by loans and advances that were repaid from salaries, allowances, savings, and others.

Senator Seriake Dickson had been questioned by the anti-graft agency in Abuja on Tuesday.

Wilson Uwujaren, the spokesperson of the EFCC, confirmed the invitation of the former governor.

He was quizzed over the allegations of corruption from some Bayelsa indigenes, and also over assets declaration, abuse of office, and misappropriation of public funds during his eight-year rule of the state.

In December 2020, a group, the Patriot of Anti-Corruption League, petitioned the agency to investigate him for money laundering, false and anticipatory declaration of assets, and corruption.

The group also accused the two-time governor of diverting funds meant for the Bayelsa Airport Project for the funding of the ex-governor’s reelection.

In a similar vein, Perekeme Kpodoh, a member of the Peoples Democratic Party (PDP) had accused the former governor of mismanaging over N1 trillion which accrued to the state.

Again, he was accused of accumulating external debts estimated at $32,064,672.74 and an N100 billion domestic debt while in office by a former Commissioner for Lands and Survey under Dickson’s administration, Furoebi Akene.

Dickson however denied all the allegations.

MY FAMILY ASSETS WERE ACQUIRED IN 2007 WITH LOANS

…REPEATED DECLARATIONS MADE TO CCB BEFORE I BECAME GOV – DICKSON

About two weeks ago I received an invitation from the EFCC to clarify some issues relating to assets declarations as alleged by an NGO.

On account of our busy schedule at the time, I wrote to inform them and we agreed to reschedule the interview for today.

As a law-abiding citizen and with a lifelong commitment to supporting law enforcement and security agencies, I honored the invitation today as rescheduled. I understand that the subject matter of the inquiry relates to investments of my family trust, which I incorporated while being a member of the House of Reps to hold my family assets and investments which were made between 1996 and 2012 before I became governor.

I understand that there is a petition from an NGO alleging that these investments (largely buildings, plots, farms, etc in my village, Orua, Yenagoa, and two buy-to-let houses in the UK) were not declared. I have a duty to clarify these issues with the investigating authorities who by law have the responsibility to inquire into these matters.

However, for the avoidance of doubts, let me state that my family investments, Seriake Dickson Trust Incorporated were made between 1996 and 2012 before I became Governor.

These investments were funded by loans and advances and repaid from salaries, allowances, savings, and others. One of them is still on the mortgage and I have made these documents available to the EFCC.

These investments were declared in my assets declaration form at the House of Reps in 2011; my Governorship form in 2012, 2016, 2020 after I left office, and the Senate Assets declaration form this year. I went beyond these declarations and wrote several letters to the appropriate agencies, copies of which have been made available to the EFCC. My trust and I subscribed to the federal government Voluntary Assets Income AND Declaration Scheme (VAIDES) and also paid the necessary taxes.

As a result of blackmail from some quarters, the Trust and I went to the Federal High Court where there is a subsisting judgment declaring that no Nigerian law is breached by a public officer who takes loans and other verifiable avenues to make investments for his family provided these are declared.

It should be on record that I have since resigned from the Trust Administration since 2011 before I became Governor.

My solicitors and those of the trust have written to the EFCC to clarify these issues with the accompanying documents.

However, on getting to the commission, the investigating team came up with a new allegation of diversion of flood funds in 2012 totaling N17.5 billion. The petition further alleged that the money was used for my re-election in 2019. The fact is that there was no such donation about the 2012 flood in Bayelsa.

Curiously, there was no mention of the donor or where the money came from. There was also no re-election for governorship in Bayelsa in 2019 which is clear proof that the petition was totally frivolous.

The commission after looking into these allegations has since asked me to return home on self-recognition. I have authorized this statement to be released for the avoidance of any misinformation.