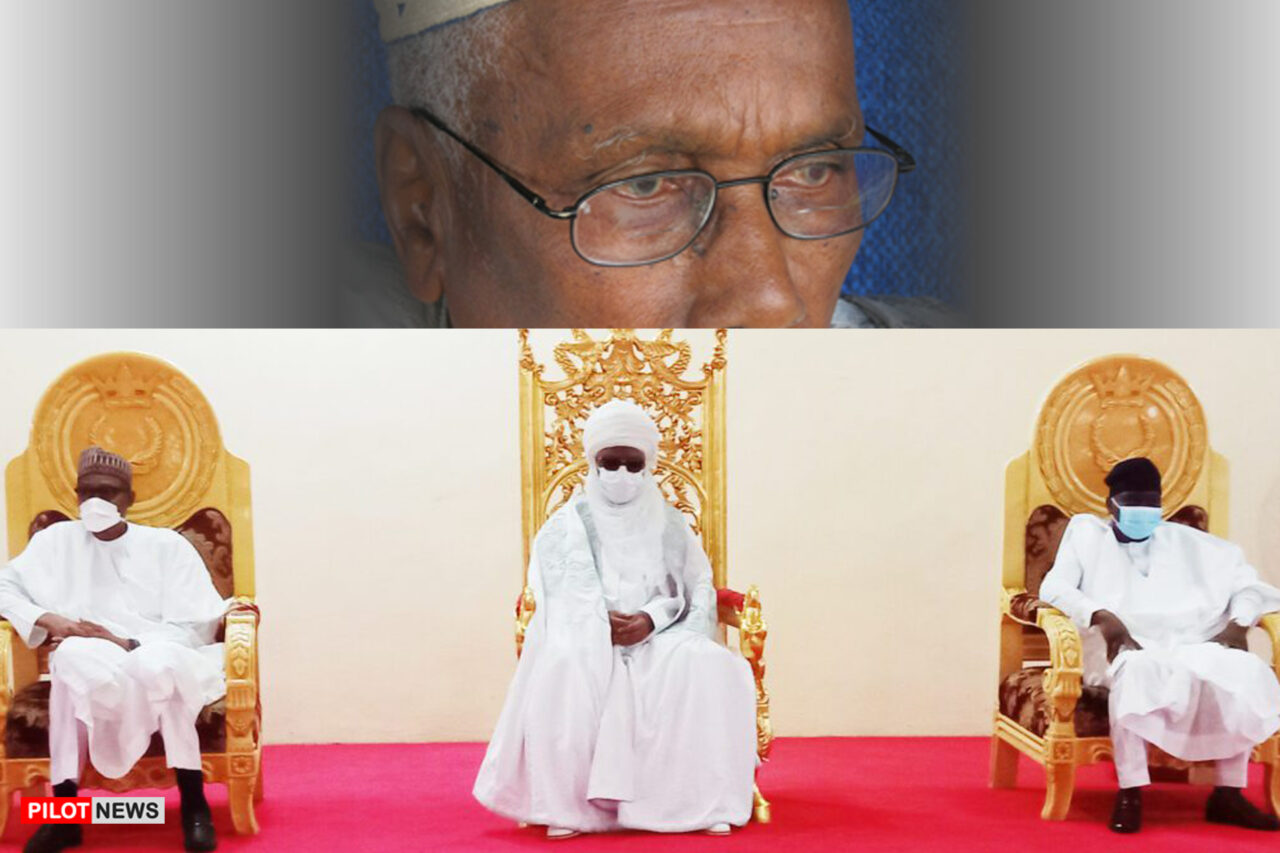 YOLA — President Muhammadu Buhari was in Yola Friday, to commiserate with the families, people, and government of Adamawa over the death of elder statesmen Ahmed Joda, Mahmud Tukur and Abdullahi Danburam.

President Buhari while speaking at the Lamido’s palace in Yola, described late Ahmed Joda as a close ally since he was the Governor of the then North-Eastern state up to the time the deceased retired from the federal civil service as a Permanent Secretary.

“Throughout my interaction with the late Ahmed Joda, he had assisted me in many capacities in the politics of the nation, the deceased never showed his interest in political appointments or material gains.”

“Late Doctor Mahmud Tukur was also a friend to my family who served Nigeria meritoriously under my regime when I was the military head of state.”

“I’m proud of the Adamawa people, those I worked with never disappointed me in all assignments given to them as they assisted me in many leadership capacities.

President Buhari prayed to Allah to grant the souls of the deceased elder statesmen eternal rest and their respective families, government and people of Adamawa the courage to bear their losses.

In his remark, Governor Ahmadu Umaru Fintiri thanked President Muhammadu Buhari for coming to Yola to condole with Adamawa the over loss of its illustrious sons despite his numerous engagements.

The Governor described the loss of the nationalist Ahmed Joda and that of Doctor Mahmud Tukur whom he described as bosom friends of the President as great to people in the state.

Also speaking, Dr. Muhammadu Barkindo Aliyu Musdafa, Lamido Adamawa, saluted President Buhari for the condolence visit and prayed to Allah to reward him and return him to Abuja via Kano safely.